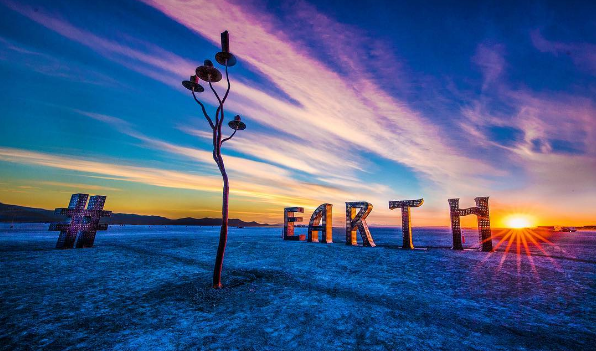 Each year, the provocative Burning Man event brings a community of tens of thousands of people together. Gathered in Nevada’s Black Rock Desert, a temporary metropolis is formed, dedicated to community, art, self-expression and self-reliance, after which there will be no trace of its existence. The experience encourages visitors to forge connections with each other, with nature and with the rest of the world.

According to its website, the artistic theme of this year’s Burning Man, “daVinci’s Workshop,” was inspired by “the Italian Renaissance of the middle fifteenth and early sixteenth centuries, when a historic convergence of inspired artistry, technical innovation and enlightened patronage launched Europe out of medievalism and into modernity.”

Here are just a few of the killer installations on display this year:

Burning Man encourages its participants to connect with the earth, their home. As the festival took place, the installation was meant to remind them that earth is their home. Part of Kimpton’s “Monumental Word” series. (photo by @peterruprecht)

by: The Pier Group with Matthew Schultz, Android Jones and Andy Tibbetts

The 50 foot tall steel and stained glass humpback whale depicts a mother and calf diving through the sky, representing family and our responsibility to preserve our environment. (photo by @mowynneing) 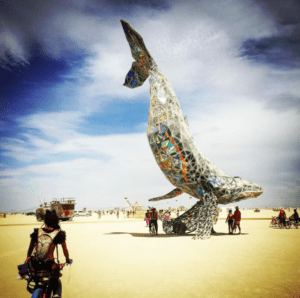 The “rhombic triacontahedron“ is the most complex shape that DaVinci ever drew. Its skeleton formed a dome-like jungle gym. (photo by @cosmicromance_) 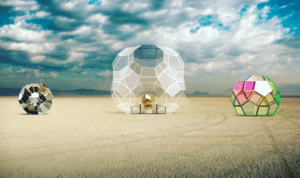 by: David Best and The Temple Crew

This hand-built temple will invite visitors to explore its interior space and alters, creating a quiet sacred space amongst the craziness that is Burning Man: a place for the community express their emotions and reflect on their lives. (photos by connormevans and @2ndfloorguy) 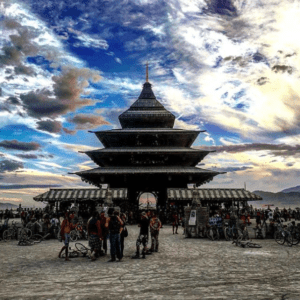 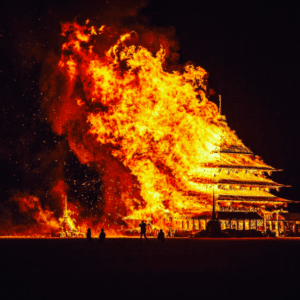 by: Jonny and Max Poynton

This grouping of lighthouses, towering as high as 60 feet tall, became a destination for participants to seek both shelter and play. (photo by @brittainyjayne) 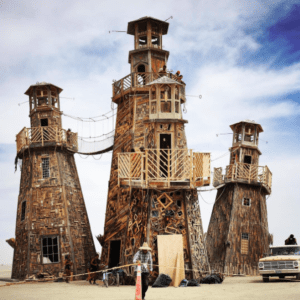 WHAT YOU SEEK IS SEEKING YOU…

Contemporary light artist Olivia Steele uses neon light to charge spaces with meaning, this time juxtaposing the modern electricity with the natural surroundings at the festival. (photo by @steeleism) 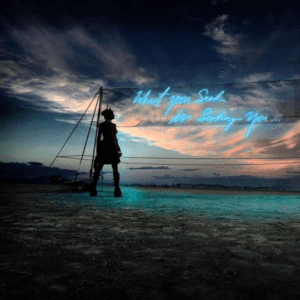 by: a community of volunteers in West Oakland, CA

The 35-foot tall interactive art piece celebrated the history of music. Surrounded by electronic music, this installation was reminiscent of times past, playing old-time recorded music from the 1890s to the 1930s, and sometimes presenting live music as well. (photo by @mattymcdeez) 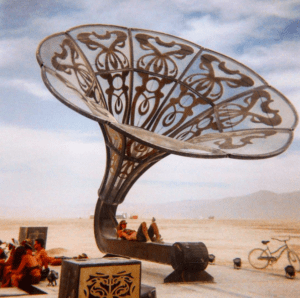 From Architect to Sculptor: In Conversation With Artist Vincent Pocsik

Getting Bedazzled & Glossy with Ashley Longshore

Your Quick Guide to Armory Week 2019