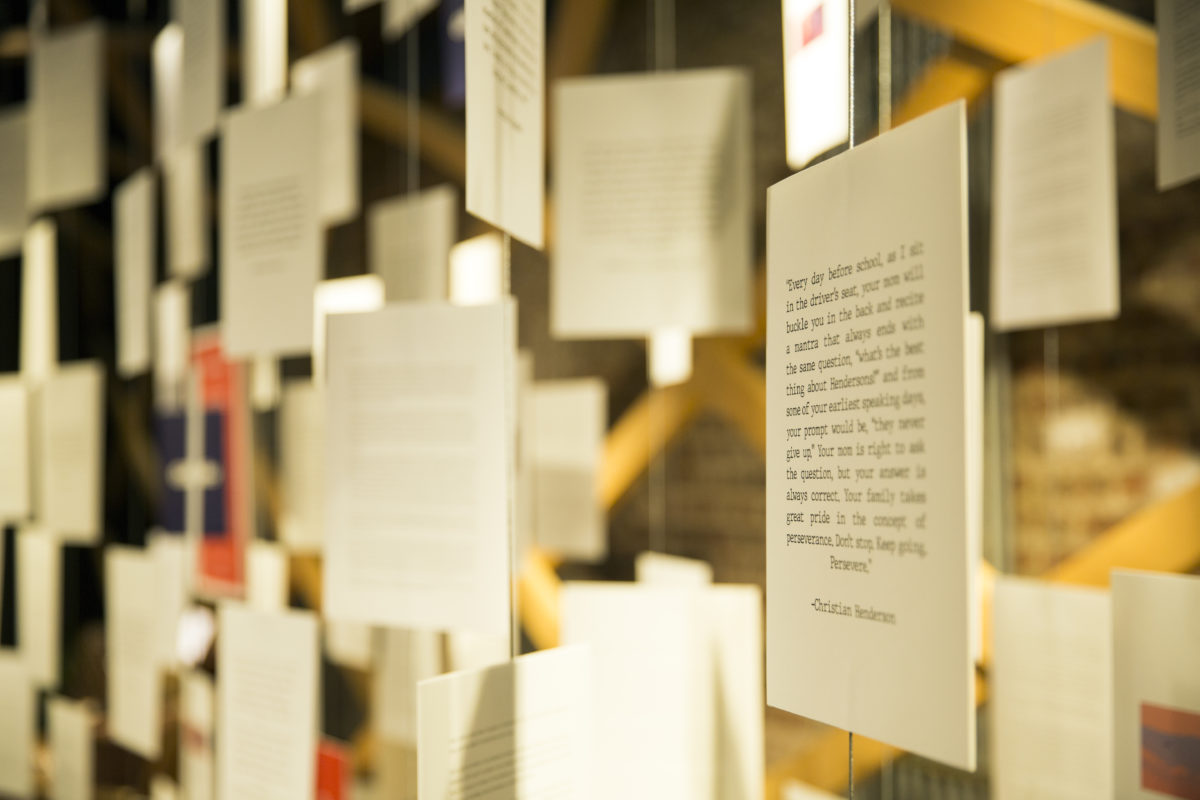 Just in time for Father’s Day, Fatherly is helping to rewrite the definition of masculinity. In a partnership with Gillette, the website solicited the help of male celebrities, activists and thinkers to submit “Letters to Boys” about life, love, fatherhood and what it means to be a man. The letters are displayed in Sincerely, a Manhattan pop-up “gallery experience,” through the end of the weekend.

This world of conflicting ideals, and contradictory definitions about what is considered appropriate male behavior, can be confusing for young boys. To combat that confusion, these letters serve as heartfelt guidance for self-worth. Fatherly’s Editor in Chief Andrew Burman explains: “Cultural discussions around men’s behavior, particularly men’s bad behavior, and struggles of American boys who are falling behind in schools and struggling at home, will dovetail into a broader discussion about the clear need to reconsider or rewrite boyhood.”

Actor Terry Crews explains to his son that competition can lead to success, but it can also lead to us tearing each other down. Comedian Roy Wood, Jr. tells his sons to wield their humor like a sword to defuse tensions and build relationships, not as a weapon to gain power. BASE jumper Matthias Giraud urges his son to embrace emotions, even negative ones, and act courageously in the face of their fears. Actor Luis Guzman encourages his sons to work hard for their success, but remain humble once they find it.

Letters by each of these men and many others – written to their sons, nephews and grandsons – are suspended from the ceiling. To be exact, there are fifty letters and forty-two quotes in all. The gallery space is arranged in what is reminiscent of a chic study. With welcoming leather-bound chairs, vintage typewriters, baseball display cases and shaving cream products, one might expect a flashback to musky cologne.

A listening station provides headphones for visitors to listen in on voicemails left by readers across the country that answer the question: what would you tell a boy who is growing up today? Some of the letters were also brought to life through animation and played on TVs. A highly reflective film covers the television’s screen like a mirror, forcing the viewer to self-“reflect” about their own role in how boys are taught to behave, what they were taught when they were younger, and whether they are the best that they can be.

The pop-up gallery is a layered approach to contemplating the trials and tribulations of both boyhood and of raising boys.

The Most Popular Pose at Art Basel: The Back Selfie?