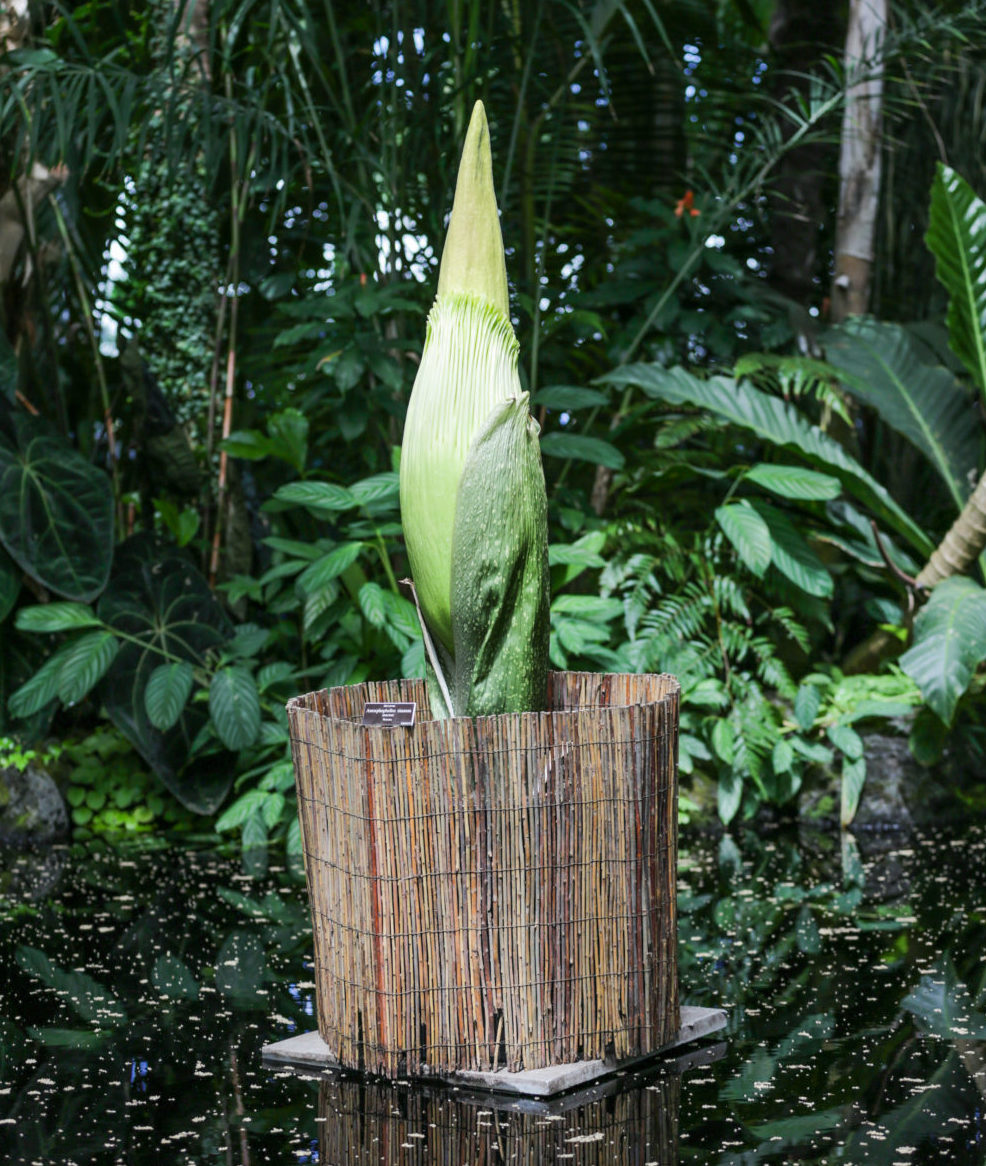 Haven’t confirmed your weekend plans yet? A rare and massive flower is forecasted to bloom in the next few days for the first time in nearly 80 years at New York Botanical Garden’s Enid A. Haupt Conservatory. This is a perfect, albeit smelly, reason to make the trek up to the Bronx to check out both the sensational bloom and art on display.

One of the largest flowers in the world, the Titan Arum (full name: Amorphophallus titanium), reaches 12 feet tall in its natural habitat of Sumatra, Indonesia, and in between six to eight feet tall in cultivation. Popularly dubbed the corpse flower, the smell of rancid meat is emitted during its 24-36 hour blooming process—meant to attract pollinating pollinators that feed on dead animals. Horticulturalists noted the flower bud on this on July 15. This particular specimen was the first ever to bloom in the western hemisphere in 1937.

To avoid the smell, check out the blooming cycle, depicted in a sculptural diagram by Tom Otterness outside the Nolen Greenhouses for Living Collections. Inside the Art Gallery, a more palatable garden scene is on view in Impressionism: American Gardens on Canvas (on view thru Sept. 11), with more than 20 paintings and sculpture by such American artists as Childe Hassam and John Singer Sargent.

Creative Networking: An Interview with Karline Moeller of Art Frankly