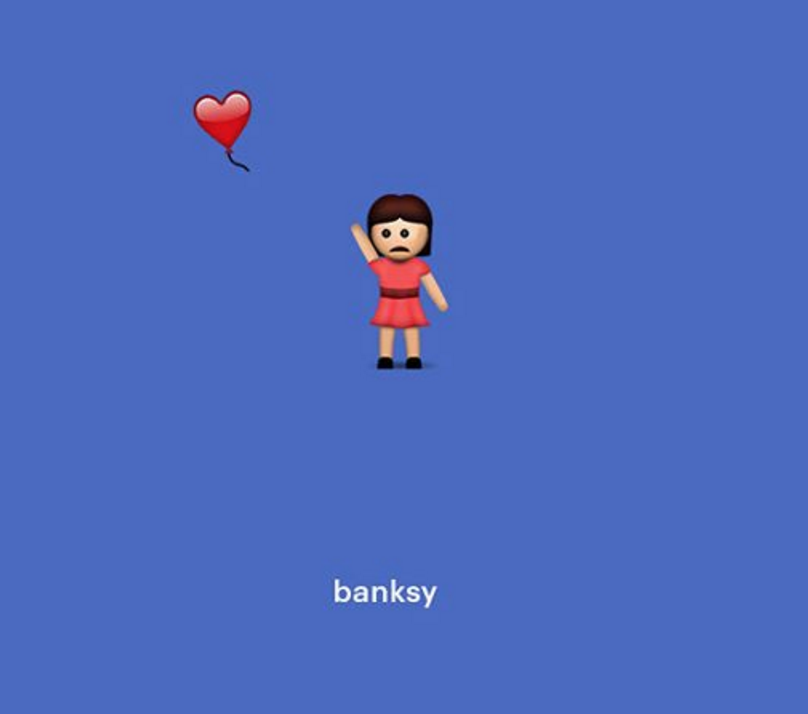 If you’ve ever wanted to show your love for art in the most modern, Millennial-approved way possible (that is, emoji-style), Los Angeles’s Cantor Fine Art (CFA) has you covered.

The emoji arena has been a little bare when it came to artist-inspired texting gear. To fix this oversight, CFA took the matter into its own hands with a set of, frankly adorable, emoji that represent various artists (and their famous artworks). From Frida Kahlo’s unibrow to Andy Warhol’s mop of white hair, each emoji is based on the artists’ most recognizable characteristics.

Unfortunately, the emoji aren’t functional (yet?). We reached out to the museum and spoke with Sam Cantor, the son from the gallery’s “father-son team,” who created the designs himself. He created them for fun, when he and his father (Larry Cantor) noticed some existing emoji that already resembled works of art:

= “The Great Wave off Kanagawa”

After posting some new emoji designs, and asking social media followers for additional ideas, Cantor began creating and uploading them to Instagram. He told Art Zealous that he “is a little overwhelmed by the response” and isn’t sure what he plans to do with the project.

Who needs Kimoji anyway, when you can have a work of art at your fingertips?

CFA is currently presenting Please Touch The Art, tactile art exhibition. According to its website, “it feels like the only rule in the art world is that no one can touch the art. It doesn’t have to be that way.” For more info, visit: cantorfineart.com.

The Best Way to Get to Basel

10 Things to Remember When Attending an Art Fair