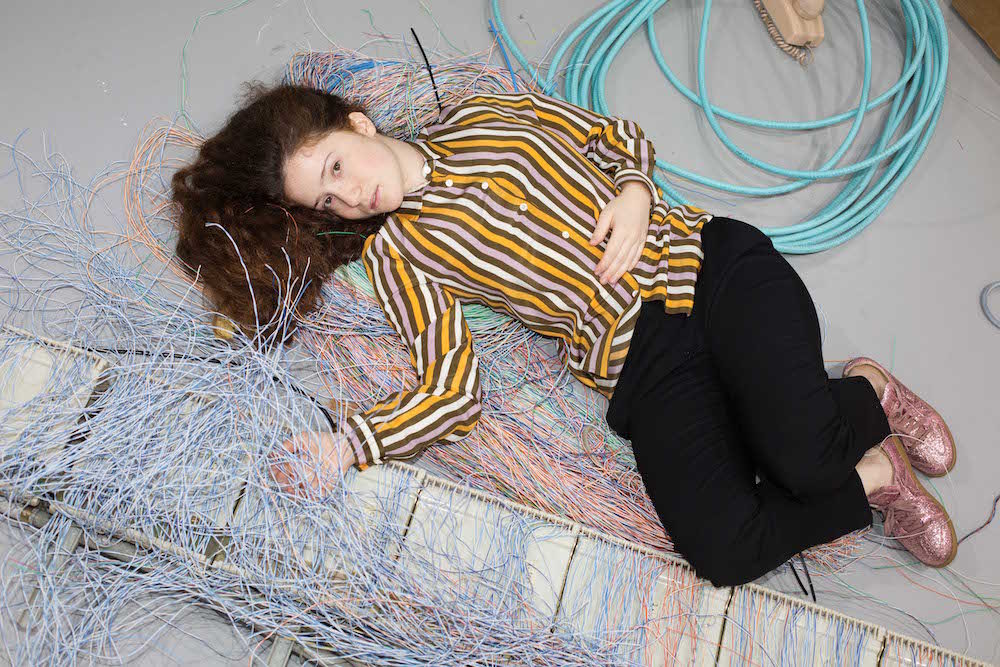 The end of the industrial age has resulted in dramatic changes in the American landscape and way of life.  Factories that previously buzzed with life and employed thousands of people sit empty across the country, decaying, and collecting dust.  The fate of these buildings can go one of two ways.  They can be demolished or they can be repurposed. One such abandoned factory, the Bell Lab, a prolific computer science research center, in Holmdel, New Jersey, experienced a different fate.  It was temporarily reopened as a workshop for the digitization of the petals of 10,000 roses.

In her first large-scale exhibition, Cloud of Petals, at Redbull Arts October 12 – December 10, Sarah Meyohas revitalizes the industrial space and infuses it with data sets and digital technology. Over a year-long period, beginning in the summer of 2016, Meyohas began digitizing and archiving the petals of 10,000 roses in what was formerly Bell Labs. To digitize the petals, sixteen men were recruited from a temp-agency to pluck the petals from roses, photograph the individual petals, and upload the images to a database, a process that took four days.  Meyohas strategically stationed the men throughout the main floor of the laboratory as if they were menial laborers from the industrial age. The men were asked to preserve the ten most beautiful petals from each rose so that they could be dried and compiled into a physical archive.

Perhaps the most alluring aspect of the project and exhibition is that Meyohas filmed the entire process. The film features the sixteen men robotically plucking, photographing, and archiving the petals, an evident commentary on the gendered nature of the factory worker. By utilizing men, Meyohas creates a sense of discomfort in the viewer. She presents a nostalgic and recognizable past, but disrupts normal gender roles. We are met with what is both familiar and unfamiliar. Notably, the short film also features an electric yellow snake slithering among fluorescent cables, perhaps indicating an underlying evil or temptation within technology. The image also conjures discomfort within the viewer and points to the confounding relationship between the natural and the unnatural, what is living and what is dead.

With the collected images, Meyohas creates a VR experience that exhibits the infinite potential of digitally archived petals.  Through the VR goggles, the viewer is immersed in a void, where digital petals surround them.  The petals that exist only in the digital realm raise ethical questions about recreating nature.  In combination with the physical renderings of the dried rose petals, Meyohas remarks upon virtual life’s influence on reality and vice versa.

Cloud of Petals questions the digital age while creating a nostalgic, yet flawed image of the past. It pushes the viewer out of their comfort zone and asks them to examine the implications of intertwining digital and physical life. Meyohas simply puts petals in the cloud and contemplates the potential by-products of duplicating natural phenomena.

Yayoi Kusama’s “Infinity Mirror Rooms” at The Broad: When to Buy Tickets & More