Philadelphia’s Old City, known for its quaint old-timey streets and historical significance, is now becoming the city’s hotspot for an entirely new art experience. For those who are used to the pricey and highbrow art scene in New York, Philadelphia’s Old City is a breath of fresh air. Free from the overbearing economic pressure which New York galleries and art spaces are burdened with, Philadelphia artists have been allowed to thrive in a way unseen by New York in decades. It is the freedom to experiment that sets Philadelphia’s Old City art spaces apart from the rest. While some take a more traditional gallery approach, many have chosen to branch out and focus more on fostering creativity rather than depend on selling it.

Here are Five Artistic Spaces you should visit in Philadelphia’s Old City:

The Clay Studio established in 1974 is by no means a new and burgeoning establishment. It has, in fact, been a staple in the community art scene for many years, offering space to work for artists and a place to learn for the community. What has changed over the years for the artistic institution is availability to the larger public.  Once just a workspace, it is now also a gallery and shop in which artists who work in the medium can display and sell their pieces. 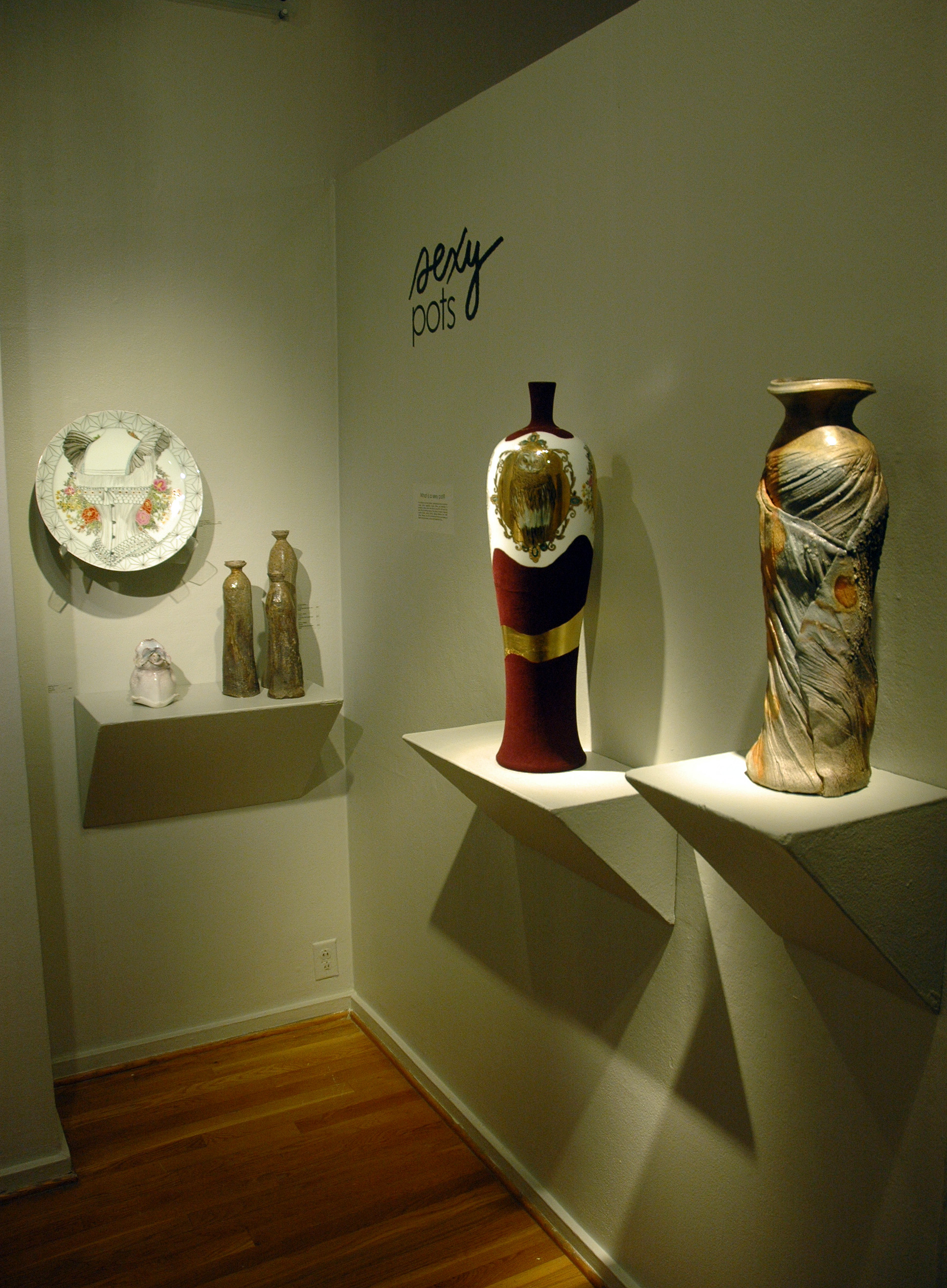 One of the exhibits in the Gallery titled Sexy Pots 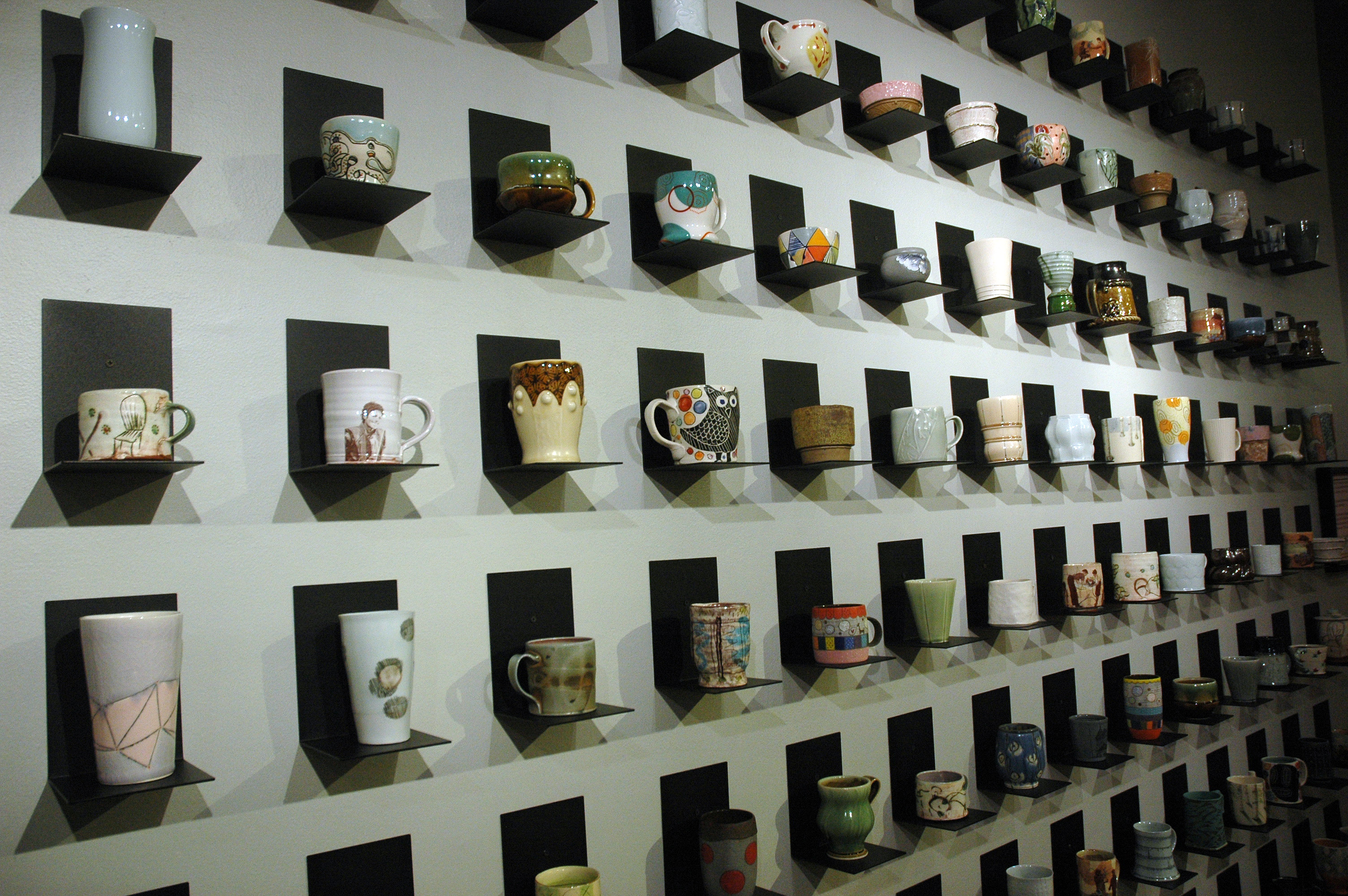 The Mug Wall in the shop portion of the clay studio

With a plethora of multi-purpose venues in Old City, there are still plenty of more traditional gallery spaces. Pentimenti Gallery is well established in the neighborhood for over twenty years, but still manages to stay with the times. Always looking to challenge traditional mediums and materials, the gallery features both well-known international artists and emerging local artists. Pentimenti Gallery is currently featuring the work of  Mark Khaisman: Magnetic Fields. 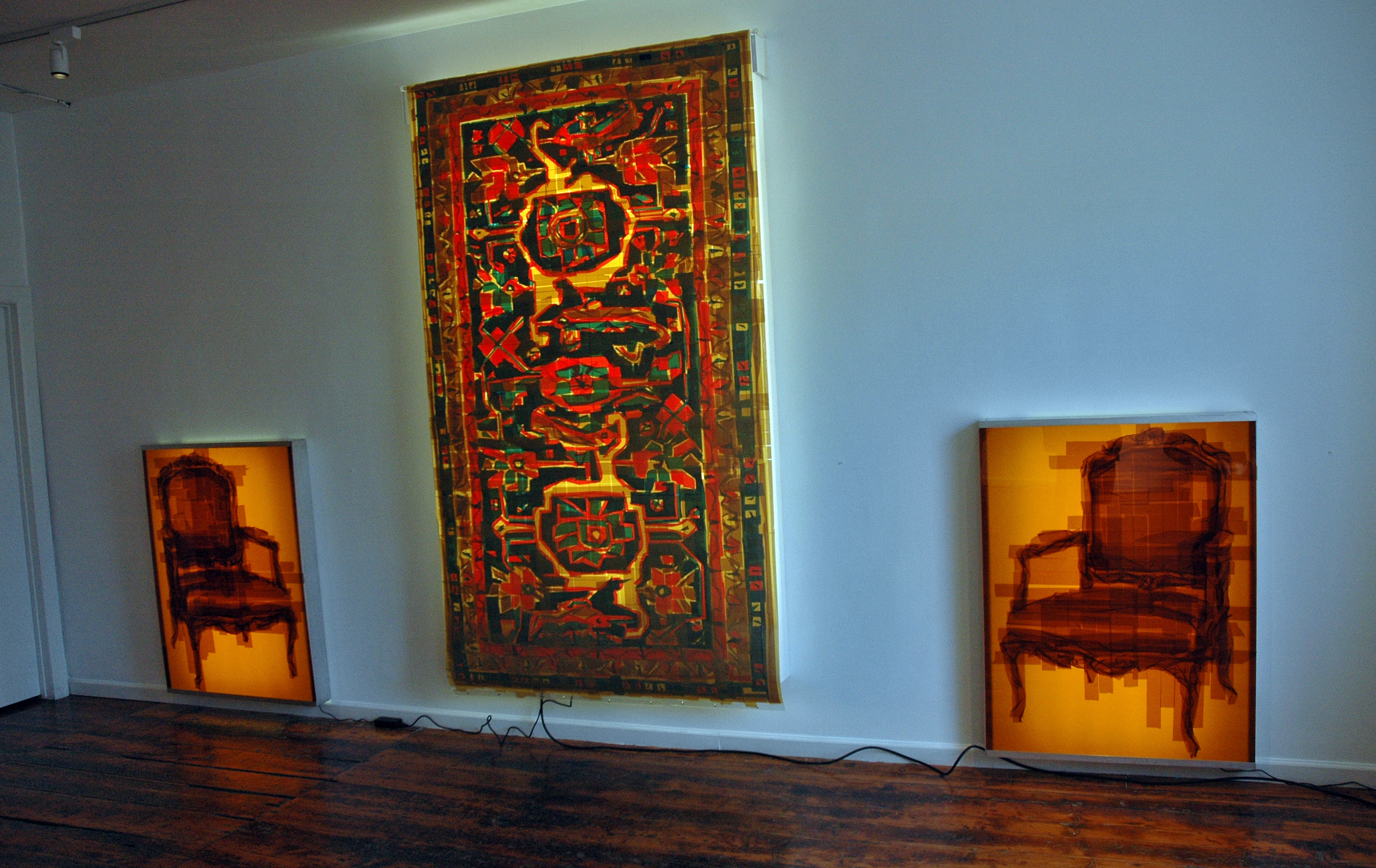 Ruckus Gallery, new to the Philadelphia art scene and entirely devoted to the emerging market of glass pipe design, is the first of its kind. While many may associate pipes with less-than-appealing bodega-like stores on Saint Marks Street, the director of Ruckus, Teresina Bonanini has a very different approach to the pipe world. Bonanini likens the artistry behind pipe making to “the new Americana” stating that, while every single pipe on display is functional,  it is not just smokers who buy them. As is true with many influential art movements, making pipes as pieces of art came out of a subculture that emerged once glass pipes were made illegal in 2003.

Straddling the line between gallery and storefront, Ruckus is an excellent example of the new type of art space emerging in Philly. No longer confined to just a gallery or a store, Ruckus Gallery is able to transcend the pipe store stereotype while still primarily functioning as such. 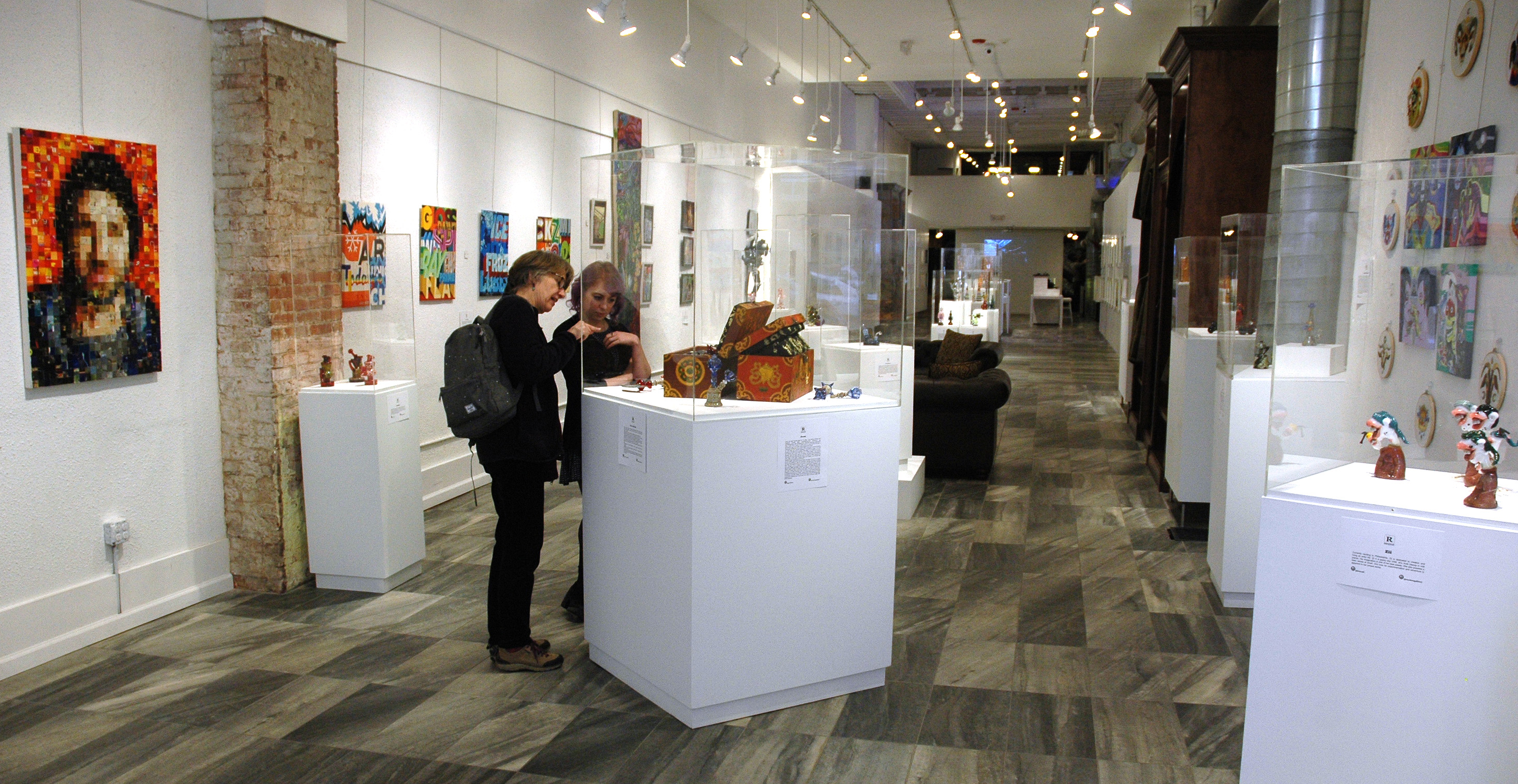 The “Tommy Gun” one of the gallery’s most popular and intricate pipes.

MADE studios founded by Rachel Ford, operates a sewing design school for those in the community who wish to increase their portfolios and expand their knowledge of fashion design. Begun as a way to bring the art of couture design to Philadelphia, MADE studios has continued their efforts to bring design to the community by hosting a fashion show each year. The studio also often features pieces of art by local artists on its walls; this month it is showing the work of Denxi a multi-medium artist. 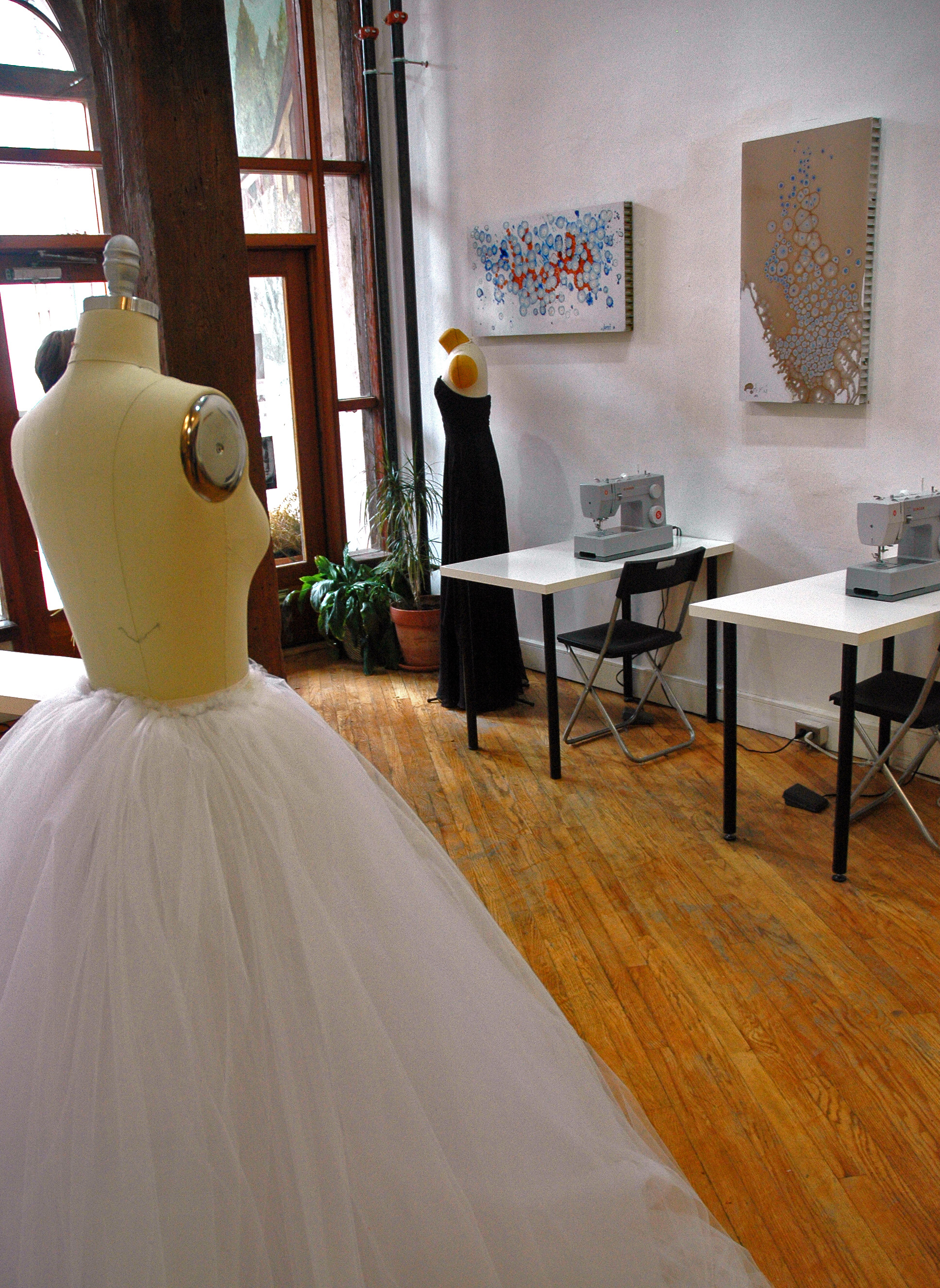 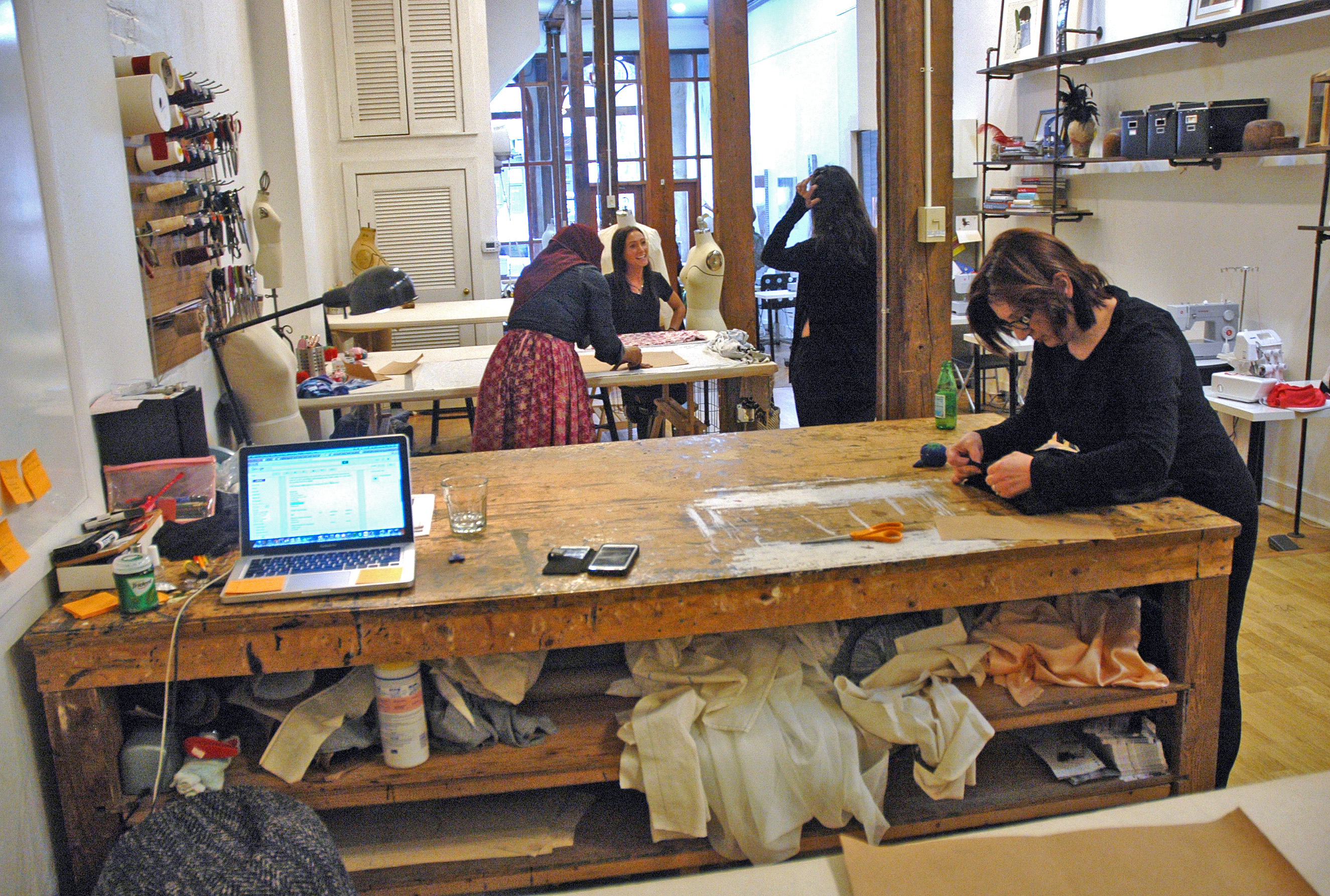 Students at work at MADE studios

Art in the Age

Art in the Age  is perhaps the epitome of the multi-purpose art space.  The vintage shop/Warbey Parker store/print shop/art gallery/spirits store seems to be dedicated to all things of excellent design. The store casts aside the long time stigma attached to pieces of art displayed in stores and coffee shops by incorporating the art into the greater purpose of the store, instead of just as a side note. The store is currently featuring the collages and prints of Jonathan Cammisa. 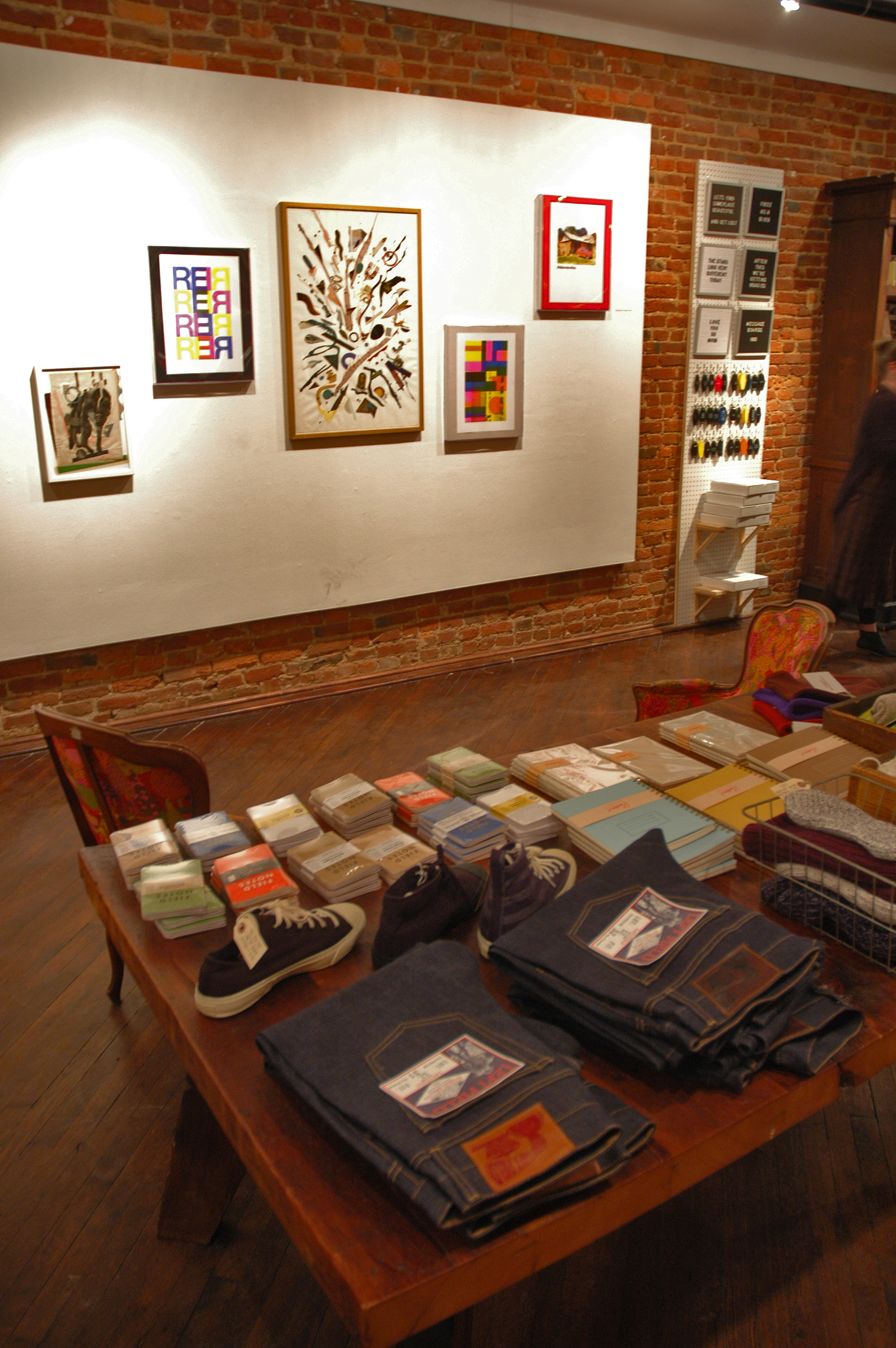 A selection of Camissa prints

Back to School Rages on at MoMa PS 1