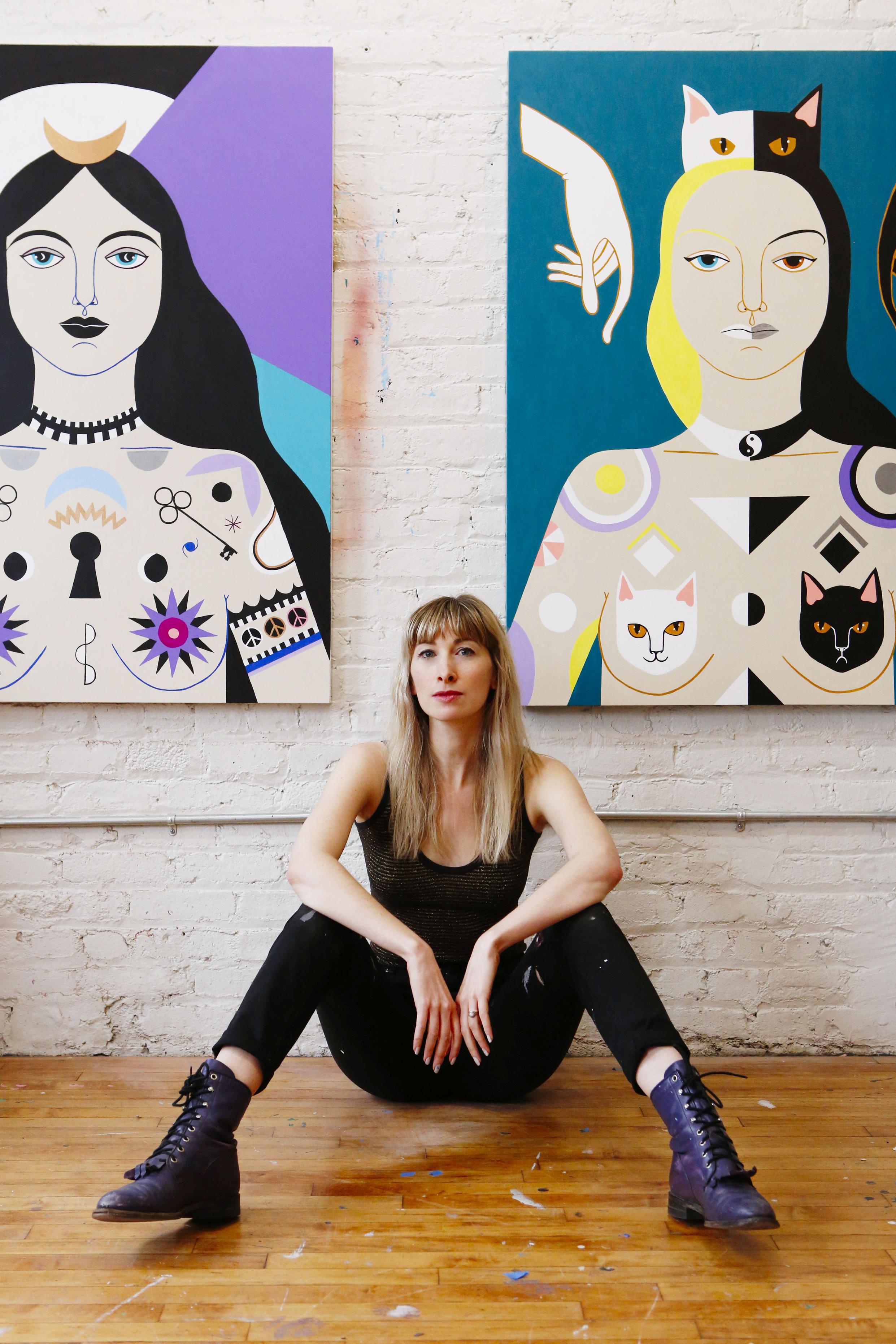 Every month, Caris Reid hosts a whimsical evening of collaging to imaginative New Yorkers who like to play with scraps, sheets, and scissors. At Maha Rose, Caris opens up her coveted archive of vintage images to her students allowing them to explore the artistic theme of the evening. People really responded to the class, and four years later, Caris has hosted hundreds of workshops in New York, Los Angeles, Dallas, and Boston.

This Brooklyn babe isn’t just a collage queen, though she’s a painter to watch and interested in iconography, the subconscious, and merging disparate symbols both common and esoteric. 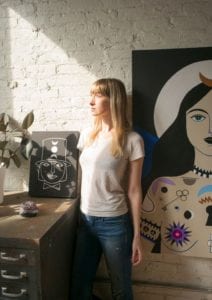 All art eyes were on Caris this spring when she opened a dreamy dual exhibition called Time & Tide – at the opening on April 7 (the new moon) her and her partner showed works that they replaced with entirely new ones for a second opening on April 23 (the full moon).

At the moment, Caris is busy reading about lucid dreaming and Polynesian shamanism and examining paintings by Sophie Taeuber-Arp and by the female artists of Mithila, all while preparing for her next solo shows coming up.  AZ borrowed a few moments with Caris to hear more about what makes this painting princess tick.

Art Zealous: What is your artistic background?

Caris Reid: I went to CFA at Boston University.

AZ: Background on your phone?

AZ: Tell us about your Time & Tide exhibition in NYC.

CR: Time & Tide was a collaboration with painter Amanda Valdez exploring themes of duality and the Moon’s cycles, and the show unfolded in two phases. We opened the first half on the new moon and opened the second half, with a completely new body of work, on the full moon.

CR: I currently have a green haired, eye rolling, butterfly eating little painting hanging in “The City & The City” at 150 E Broadway, a pop-up space Denny Gallery took over for the summer.  And in the studio I’m working on a group of paintings that have a very rhythmic connection to one another, like a choir, for the Untitled art fair at Miami Basel this winter. And after that, I have two solo shows coming up at Ochi Projects in L.A. and Denny Gallery in NYC.

Caris’ next workshop is at Maha Rose in Brooklyn on September 11th.