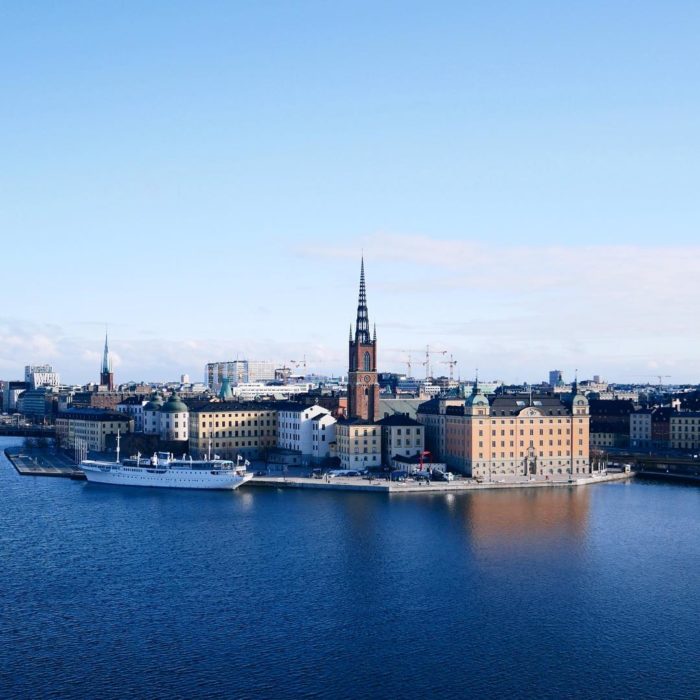 This Carl Milles sculpture depicts a tragic scene in Greek mythology: the moment when Orpheus loses his wife Eurydice forever. The long, slender figures look as though they’re defying gravity, and with the water spewing during the summer months, the Orpheus Fountain makes for the perfect Instagram or Boomerang. It stands in a corner on Hotorget Square, right in front of the equally photogenic powder blue concert hall, Konserthuset.

Designed by Monika Larsen Dennis, this sculpture is a memorial for Swedish war veterans and represents peace and rebirth. You can find this artwork by The Maritime Museum (“Sjohistoriska”) and celebrate a piece of Swedish history with your followers.

These glowing orbs hanging in the north hall of Stockholm Central Station aren’t just for decoration — they actually tell you the weather forecast for the next day! Created by the duo Bigert & Bergstrom, the “atmospheric molecules” range in color from blue to red and yellow to gray, depending on the temperature and whether it’s sunny or cloudy. Whatever the weather, you’re bound to capture a unique image.

Stockholm’s subway system is often referred to as the world’s longest art exhibition at 110 kilometers. Today, 60 years after the first installment of art in the Stockholm tunnelbana, more than 90 of Stockholm’s 100 metro stations now contain art created by over 150 artists. Some of our favorites are T-Centralen, Kungstradgarden, Radhuset, and Solna Centrum (pictured above). Get out of the heat for a few minutes and capture some cool photos while you’re at it.

Outside of Stockholm’s modern art museum sits a sculpture park of various shapes, sizes, and materials. We especially love Alexander Calder’s “The Four Elements” (pictured above). The beautiful, grassy island serves as a fantastic backdrop to your next Instagram post.