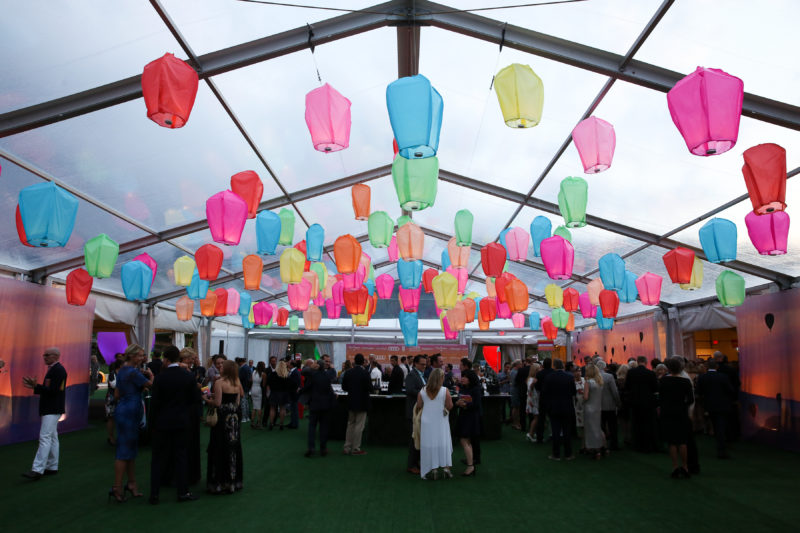 On Friday, August 4, 2017, the Aspen Art Museum (AAM) hosted its 13th annual ArtCrush gala, the final event of a 3-day affair that raised $2.8 million to benefit the museum’s educational and curatorial programming. A major event sponsored by Sotheby’s, ArtCrush attracted over 600 luminaries of the art world this summer and honored artist Lawrence Weiner with the 2017 Aspen Award for Art.

Thursday’s schedule included PreviewCrush, hosted at Baldwin Gallery, and PreviewExtra, held at Casterline|Goodman Gallery. Both events gave guests a chance to preview the works of art that were to be included in Friday’s Silent and Live Auction.

Friday’s ArtCrush Live and Silent Auction concluded Aspen Art Museum’s multi-day affair on a strong note, raising an impressive $2.8 million. Noteworthy mentions include Concrete Landscape (2017), a sculpture by Peter Fischli/David Weiss currently on view at Aspen Art Museum that attracted an outstanding bid of $230,000, and a certificate by honoree Lawrence Weiner, which closed at $450,000.

Of course, the night didn’t end as soon as the last bid was made. The festivities continued well into the morning at AfterPartyCrush, hosted at Aspen’s BellyUp nightclub.

Add to Your Calendar: Lygia Pape at Hauser & Wirth

Mashonda Tifrere On a Mission to Empower Young Female Artists