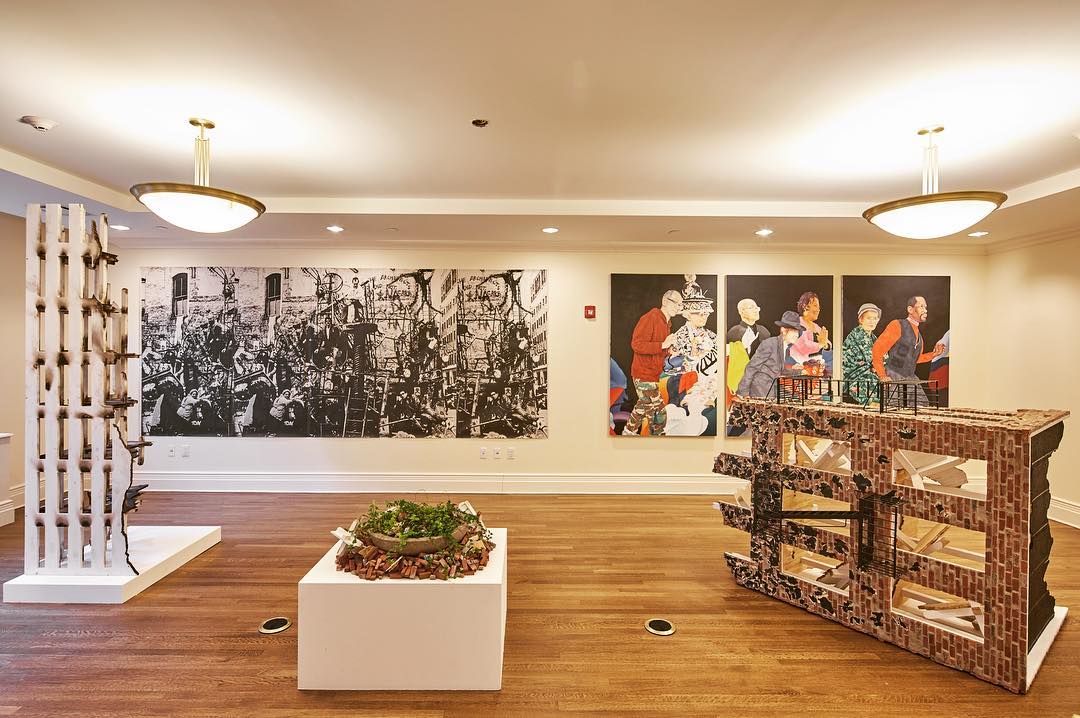 If you are a New Yorker, you probably know how hectic the art world has been this past week. Armory, NADA, VOLTA, Art on Paper, and several other satellite fairs brought the visual arts to the forefront of the city’s consciousness, and tourists came by the thousands to witness the vast collections each fair had to offer.

As a writer for Art Zealous, I was tasked with covering several of the fairs this week, with a special focus on SPRING/BREAK. So in the typical New York fashion, a friend of a friend of a colleague got me a job working as an attendant for the Castor Gallery booth at SPRING/BREAK. Our two booths at the old Condé Nast building at 4 Times Square featured works by Jeanette Hayes, an American artist based in New York, and Jonas Lund, a Swedish artist based in Berlin. The whole experience taught me a lot about the art world, the people who populate that world in a professional capacity, those who are just stopping by, and finally, myself. Here are ten things I learned from working a booth at the 2018 SPRING/BREAK art show:

1. Gallerists are people, too.

I had the privilege of working directly with Justin de Demko, director of Castor Gallery, almost every day that I was there. While initially intimidated by the thought of working with an actual gallery owner, I quickly learned that he’s just like everyone else. Except cooler. He left college after a month, simply saying, “that’s not for me.” He moved to New York, worked behind the scenes at raves and nightclubs, climbed up the music industry ladder, and as he puts it, “stumbled into the visual arts world.” What a humbling tale from an art world elite, don’t you think?

When you walk into a museum, it’s easy to get lost in the art and the academia surrounding it, especially when a museum worker goes on a ten-minute rant about brush strokes and line technique. While art fairs are certainly an aesthetic delight, you cannot forget that everything is for sale. Even if no price is listed, if you name the right price, it’s yours.

3. It’s okay to admit that you don’t know what the hell you’re looking at.

I was surprised at how many people simply were not afraid to ask questions if they were curious about a work. Even professionals in the art world did not hesitate to approach me to enjoy a lengthy discussion about the pieces displayed at my booths.

4. Artists are people, too.

If I was intimidated to meet gallerists, I was MORE  intimidated to meet the artists. While there are always a couple of older artists at these fairs who just want to tell you how great they were back in the day, most of the artists I met could not have been more approachable. Jeanette Hayes spent a good amount of time talking to people about her works and listened intently to their thoughts about them. Clara Claus of the performance art duo “Band Practice” answered every last question I had about the 140 works she and Melissa Godoy Nieto produced during their time at Spring Break.

5. There is such a thing as too much art-fair-hopping in a single day (but do it anyway).

Last Wednesday I went from SPRING/BREAK to Armory to Volta. “Overwhelming” doesn’t come close to describing it, but the knowledge you gain from the experience makes it totally worth the effort.

6. Everyone knows everyone (or they will eventually).

Word travels fast among fair-goers, so whether you’re a booth attendant like me or the premiere artist at the fair, don’t be a diva. It will come back to bite you. Be nice to everyone.

7. Looking at the same work for days on end doesn’t have to get old.

I stood in front of the same booths for about 7 hours a day for a week. Everyone who came up to look at the works spoke differently about them, constantly refreshing and reworking my perspective of them. The artists incorporate so much detail, and the best works never stop giving.

8. It’s not just about a piece hanging from the wall.

Especially when the work is a single painting or sculpture, we tend to forget about our surrounding environment. Stop the tunnel vision and let your focus shift to the space itself for a minute. The best booths at Spring Break were those that immersed their viewers in the total experience, from floor to ceiling. And when that experience is lacking, it’s quite noticeable.

9. You never know who you’re really talking to.

Justin de Demko (the Castor Gallery director) came up to me on Friday and said, “I can’t believe you talked to David Byrne yesterday! He is my musical idol!” I had no idea who Byrne was, but quickly found out that I had just discussed a Jonas Lund work with the founder of the Talking Heads. Keep your A Game in mind at all times, folks. That person you’re talking to could be the next big thing, if they aren’t already.

Booze at art fairs is expensive. You know the drill, don’t overdo it.