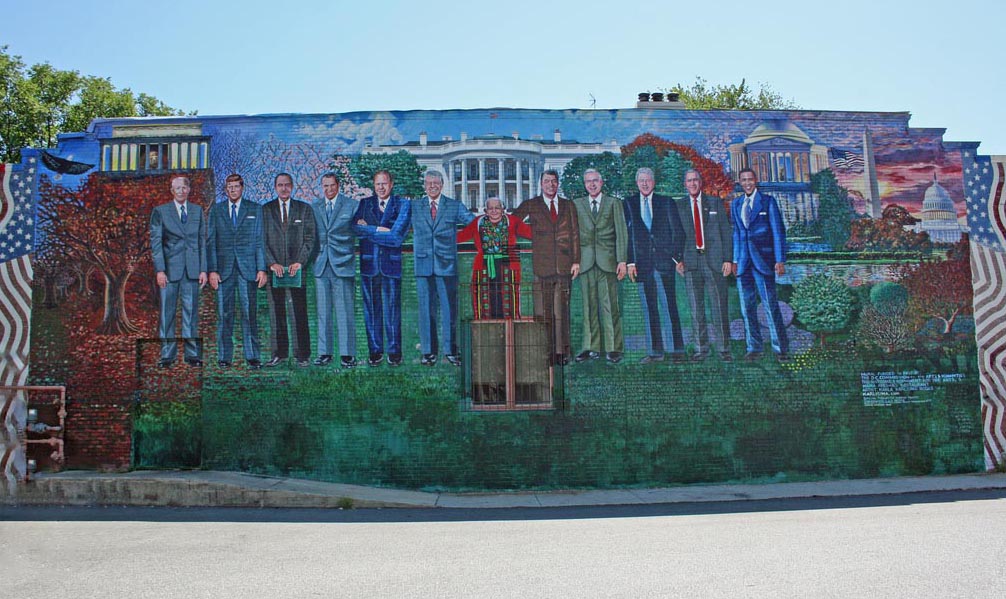 For the past nine years, the famous Mama Ayesha’s restaurant in the Adams Morgan area of D.C. has proudly showcased a large-scale mural on its exterior wall that features every United States president since Dwight Eisenhower.

The 11 former presidents are posed in a straight line with the restaurant’s namesake standing amongst them. They are surrounded by symbols of America – the White House, the Capital Building, a soaring eagle, the Lincoln Memorial and American flags. Not in their company? The 45th President of the United States, Donald Trump.

Amir Abu-El-Hawa, a representative from the restaurant, told Washingtonian: “Our official position is that it is not in the budget,” but many have taken that as a subtle way of dissing the president-elect. After all, Mama Ayesha Abraham, who passed away in 1993, was a Palestinian Muslim and Arab woman immigrant entrepreneur. The muralist, Karla “Karlisima” Rodas, is an El Salvadorian woman who wants the mural to be a legacy for future generations to visit.

Washingtonian has since updated its article to include a new quote from Abu-El-Hawa, which states that the mural will be updated to include Trump eventually: “President-elect Trump has yet to take office and will occupy the oval office for the next four years, when the funds are available and the budget allows for it Mr. Trump will join the rest of the presidents on our wall.” However, something tells us that they won’t be in any rush to make him a part of their American history lesson.