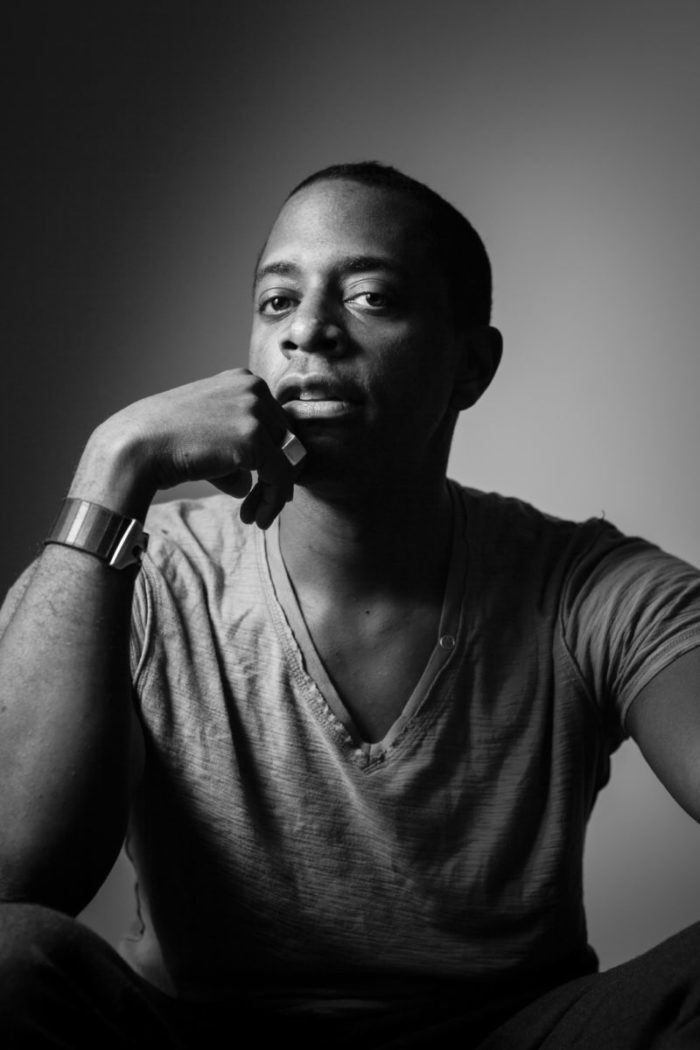 The overwhelming influx of videos and pictures of senseless violence that circulate the web each day is a bit of a double-edged sword: on the one hand, we are now more aware of the atrocities that continue to plague our society than ever before; on the other, we have become somewhat desensitized to these seemingly everyday occurrences. Then, we experience a work like Harlem-based artist Sanford Biggers’ BAM, which haunts us with the forgotten dialogue of the tired, the poor, and the huddled masses. Biggers sends us through a turbulent process of reflection upon our identities by examining race, religion, gender, and troubling historical contexts (some of which aren’t so ‘historical’ after all). His work ultimately does not provide an answer, but rather an object of meditation that humanizes and humbles us.

We talked with Mr. Biggers about his multifaceted background and his global sources of inspiration. (And if you’re in need of a few NYC restaurant recommendations, or you can’t decide which museum to check out this weekend, read on for his expert opinion!)

Art Zealous: Could you talk a little bit about your work as part of the Sugar Hill Capital Partners’ Studio Program? What was that experience like for you?

Sanford Biggers: I was introduced to Alex Friedman several years ago while I was in the process of trying to find a new studio space uptown. He told me about Sugar Hill Capital Partner’s Studio Program and some spaces he had available. I was leaving another Harlem studio location, and after I had made the move, I encouraged my fellow artists to reach out and work with Sugar Hill as well. The experience has been fantastic. It has allowed me to devolve several new bodies of work. I have spent the entirety of my professional career in Harlem so having a space here, near my home as well being near Columbia University where I am a professor, has been ideal.

AZ: Your works have so many elements to them that are seemingly disparate from one another. One such example is the influence of Buddhism in your work (see Lotus). What spurred your relationship with Buddhism? How did you initially get into that?

SB: When I finished undergrad I moved to Japan for three years and worked as an English teacher in the JET Program. Through the JET program, I taught in English in Japanese junior high and high schools. Across the street from my apartment was an old Buddhist temple. I would walk by it or through it every day, and I had a connection with the atmosphere and began meditating, learning more about mandalas and other aspects of Buddhism.

AZ: You’re an L.A. native, and you’ve been in NYC since 1999. How do the art scenes differ between the two cities?

SB: The Los Angeles I lived in did not have the same art world that it does today. It is far more of a force now that it was then.

AZ: Your group, Moon Medicin, employs a wonderful collection of “sound effects and images” (from the band’s website). “Sacred geometry” and “coded symbology” are two of those listed on the group’s site. Could you elaborate a bit on what those concepts mean and how they influence your work?

SB: Very directly, in my “Codex Series,” which includes drawings and paintings on antique quilts.

Sacred geometry was first introduced to me by my cousin the painter and muralist John T. Biggers and later bolstered during my time in Japan and the study of the mandala. As the name of that series suggests, the symbols that I use in the “Codex Series” alludes to sacred geometry, cosmological symbols, Platonic geometry.

AZ: Can you talk about some of your favorite artistic spaces in NYC?

SB: The Rubin Museum, The Studio Museum in Harlem, The Noguchi Museum, SculptureCenter, The Hispanic Society of America, Brooklyn Museum, to name a few.

AZ: Do you listen to music while you are creating? Do you have a specific routine for getting into your creative mindset?

SB: I go through phases, sometimes I can listen to music, other times it becomes too distracting and tempting to just go play instead. I usually spend thirty minutes to an hour in silence to decompress.

AZ: You’ve just finished a long day in your studio in Harlem, and you’re positively famished. What’s your go-to restaurant?

AZ: Who are some of your greatest influences (for both visual art and your music)?

AZ: Any up-and-coming artists right now whose works you think we should be keeping track of?

AZ: What can we expect from you next?

SB: Actually, I will have a solo exhibition at Marianne Boesky Gallery opening September 7th.

AZ: How can we keep up with your future endeavors?

5 Ceramicists That Should Be on Your Radar