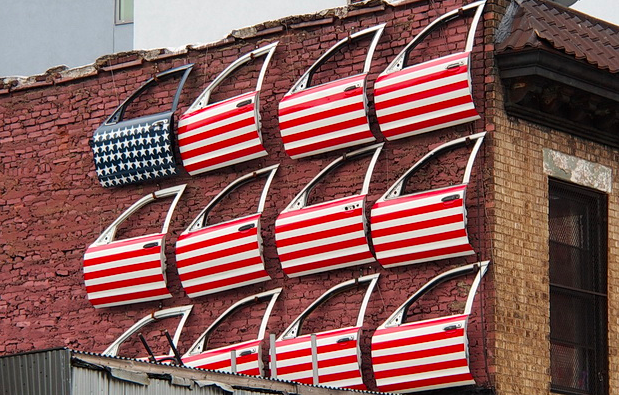 “U.S.A.! U.S.A.!…” Is the hymn that echoes through the hearts of those who are proud to call themselves Americans. It’s the 4th of July, which means we get to celebrate the achievements of a great nation and remember all of the people who sacrificed their lives on the long and strenuous trajectory to independence.

Despite having different interpretations, the American flag stands for unity as it celebrates the history and traditions of the United States, being the trademark symbol for the festivities. Soon enough, the skies will light up with colorful fireworks, parades will fill the streets with music, barbecues and carnivals will lure your neighbors to the party, and of course, there will always, ALWAYS, be beer.  No wonder it’s one of our favorite holidays! So in honor of such an event, we have rounded up some artworks to get you in the mood for the 4th of July!

State of the (He)art: A Virtual Museum Date to Remember