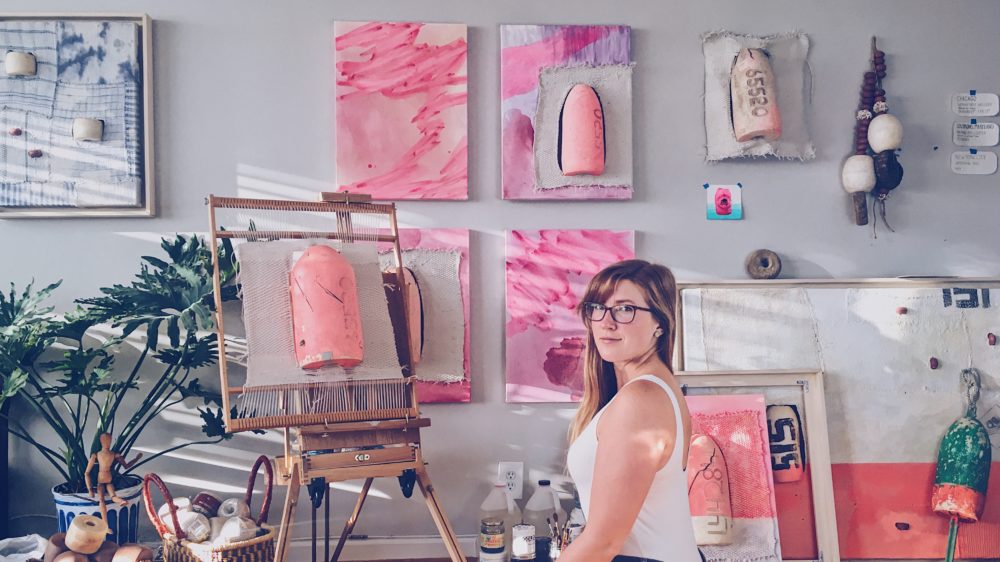 Processed with VSCO with a5 preset

For this month’s #ArtPowerWomen series, we turned to the seas. Kidding, well sort of. Noel Kassewitz, a DC artist recently transplanted from Miami, is set to bring attention to the environment, specifically rising sea levels through her art.

About a year and a half ago, Kassewitz started exploring various ways to make paintings “climate change ready.” She extensively researched materials, consulted with an expert art conservator and eventually learned how to weave her own canvas and embed buoys and other found flotation devices into the fabric of her paintings. Kassewitz has even created waterproof paintings using synthetic sailcloth & marine foam that the public will get to see in person as she is set to float down Potomac River this week starting tomorrow, August 28th, 2018

If you make your way to the Potomac waterfront and see a woman floating on top of a painting, don’t be alarmed, instead grab your phone and snap a photo using the hashtag #artistadrift. But before Kassewitz “sets sail,” we sat down with the artist to discuss climate change, her latest body of work, and why she chose to float down the Potomac River.

Art Zealous: You grew up in Miami, which has over the years, become a major art hub, how has the art scene changed since you were younger?

Noel Kassewitz: It has changed quite a lot. When I was growing up, the Wynwood neighborhood wasn’t trendy. In fact, I remember going on a school field trip to visit an artist’s studio there and we were all told to file in as quickly as possible from the bus to the door because of safety concerns. However, now with each passing year Art Basel Miami has grown bigger and has spun off countless satellite fairs that launch during the first week of December in what is known as “Miami Art Week.” While I still think more year-round institutional support is needed for local artists, the fact that it’s even possible career-wise to remain in Miami is such a transformation.

NK: Sun in Scorpio, Moon in Libra, Rising in Virgo

AZ: Current background on your phone?

NK: It’s been my background for 2+ years now — a photo I took of bundles of weathered fishing nets and floats on Isola di Pescatore in Lago Maggiore, Italy. I had been living in Italy for almost a year at that point and hadn’t seen anything like it. The sight of those colors and textures mesmerized me and sparked my interest in worn fishing floats and buoys that ultimately manifested itself in my current body of work.

AZ: Your family worked in the marine industry, specifically researching dolphin communication, we have to ask, do you have a favorite sea creature?

NK: I might be disowned if I don’t say dolphins, but in addition to dolphins, I adore sea turtles and cuttlefish! The ocean is so incredibly fascinating it’s hard to pick a favorite. The sheer variety of the species is mind-boggling and each species has its own unique characteristics and adaptations that deserve our attention. 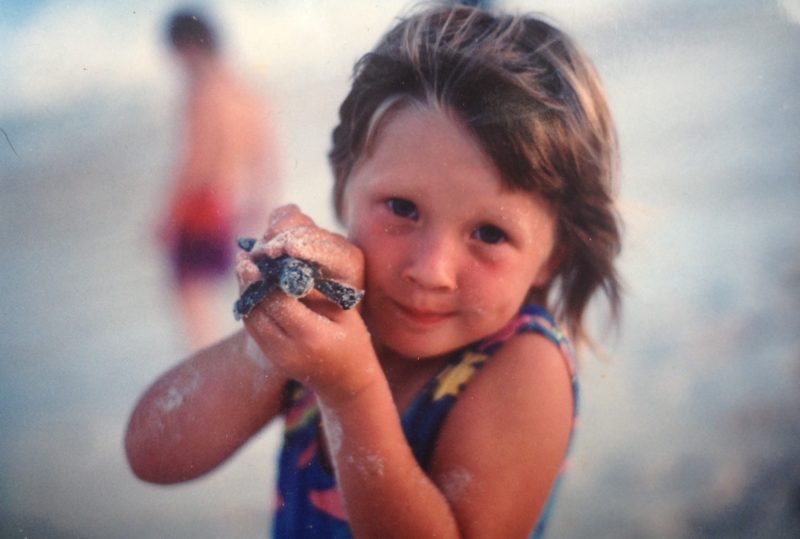 AZ: You have this deep-seeded respect for nature, do you remember a specific moment growing up where you realized that you cared more about nature and the climate than your peers?

NK: Yes, and it annoyed me to no end that people didn’t feel as passionately as I did. I just couldn’t understand it. I remember a friend in college talking about how they saw no point in buying organic food because while it might be better for the Earth, the benefits didn’t personally affect their life. To me it was such a selfish, bizarre stance to have —“you live on Earth, don’t you?” — but I still remember the valuable lesson it taught me. You can’t convince people if you don’t speak their language. That friend was very interested in skincare and “maintaining a youthful glow” so I countered her statement with the notion that avoiding pesticides would be one of the best anti-aging thing she could do… and suddenly I had her attention.

AZ: You mentioned you are influenced by the Rococo period, the popularity of pink, wealth and the fact that people during this time period seemed to ignore boiling issues around them. How does this play out in your work?

NK: I find the Rococo a fascinating time in history. The term is used for a particular style that was very popular in the few decades leading up to the French Revolution. It was characterized by a pastel palette and a focus on the playful, decadent, and frivolous by a governing aristocracy who were intently ignoring the warning signs of a system out of balance. Then the French Revolution happened, which rebalanced the system, but at a very bloody cost. I can’t help but relate this chapter of history to the current one we are in. There is growing inequality between the classes in society and evidence that environmentally we can’t continue business as usual. What caught my eye artistically was that pastel colors were suddenly in vogue again. Do we use this color to soothe or fool ourselves as outside pressures builds? 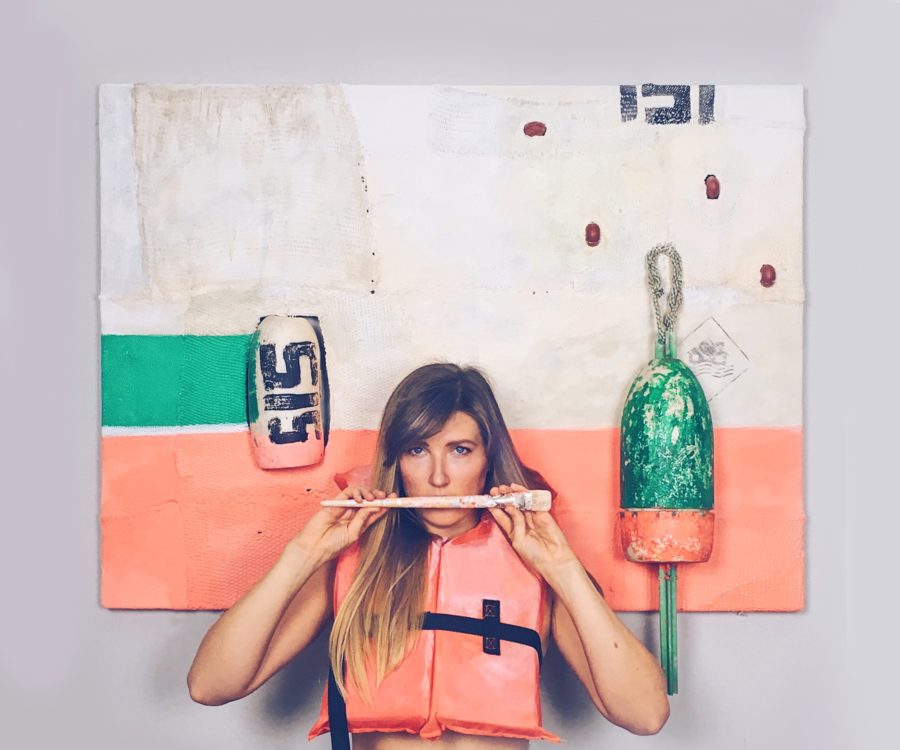 NK: It’s hard to say which comes first as it varies. My materials and practice cyclically feed into each other. Sometimes I will get initial inspiration by a material— in this project it was those nets on Isola di Pescatore—  but once I have an idea, it takes over and informs from there on out what materials I will use as it continues to evolve. I think in these ways I come from a more sculptural than a painterly approach in that each material used must have a given reason and purpose.

AZ: Do you plan on experimenting with different types of materials to create a climate-proof work of art?

NK: Yes, and I’ve already begun. There are so many variables to consider and just as nature experiments and hedges her bets through diversity when it comes to genetic evolution, so do I through the materials I use. Right now, I’m focused on buoyancy and waterproofing, but there are also several other avenues to explore.

AZ: You were once told to step away from focusing on nature and do “serious art,” did you always feel you had to fight for your art?

NK: In certain areas yes, but at the same time, I was always incredibly blessed to have a supportive family that encouraged me to pursue art. I did face criticism at times from well-meaning art professors who wanted me to focus on other topics in my works. Academically I did very well, so for a while this pushed me to consider majoring in science or international relations. Instead I fought in the art realms for the issues I was concerned about and that friction forced me to become savvier and more nuanced in the way I was handling environmental topics. 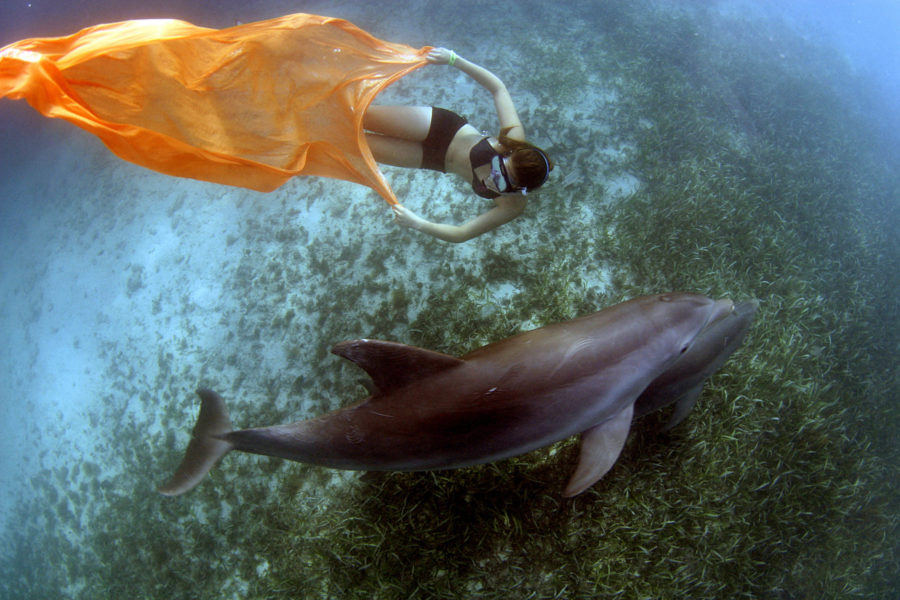 AZ: You are set to float down the Potomac River on one of your paintings to this week to bring awareness to rising sea levels and the climate as a whole, how did you come up with this performative piece? You mentioned you were inspired by The Raft of Medusa and famous shipwrecks…

NK: This particular body of work is so interesting in that the paintings lead double lives. Hanging on walls, they function as objects inviting quiet contemplation. To see them in action is to understand the full story. I knew that it would be important to have a performative component to this project — whether the subject was the painting itself, in the case of the smaller works, or of a person stranded aboard with the larger works. For the larger paintings, like the one I will be floating on down the Potomac, I’ve been looking into the compositional placement of people in the canon of shipwreck paintings, like the Raft of the Medusa, as well as in the Birth of Venus genre for inspiration of how to place myself on the artwork.

AZ: You recently contributed to Union for Concerned Scientists’ blog, in it you talk about the steps we’ve taken as a society and how not only progress has been slow, but recently it feels like we’ve taken steps backward. Do you think floating down the Potomac River and passing some of these government institutions will bring more awareness to our current policies surrounding climate change?

NK: It is definitely why I chose to float down the Potomac, the waterway symbolic of our nation’s capital. Whether the current governing bodies will pay attention to me and the issue I represent, I can only hope. However, if the project recasts the importance of immediate climate change action amongst voters, we can elect those who will pay attention to the issue. 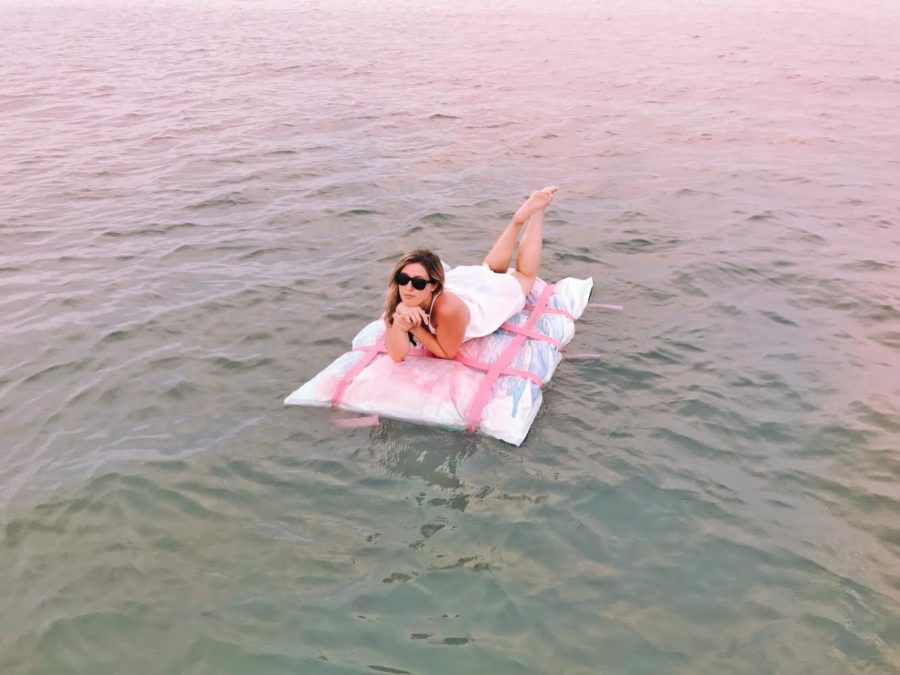 AZ: What do you hope viewers take away from your performance?

NK: I hope to arouse viewers interest in the project and through the project raise awareness about climate change. By doing it in a bizarre and playful manner, such as in the persona for a stranded collector floating on top of a painting, I am attempting to bypass the apathy currently surrounding the issue so that further conversation can take place.

AZ: We can’t help but notice the obvious metaphor, can art save us?

NK: Yes, in this case, it literally can! But beyond that, I’ve always believed that art and science strengthen each other when combined. In an era of half-truths, full-lies, and intentionally blurred lines, the relationship between art and science is more important than ever. Science provides us with the evidence, but I believe art can plant the message deep enough emotionally to sprout into useful action.

AZ: What’s next for you? Do you plan on doing more performative floats in other cities?

NK: Yes. I’m certain I will do another down in Miami, but also have my sights set on several cities along the east coast that will be most directly affected by rising sea levels. 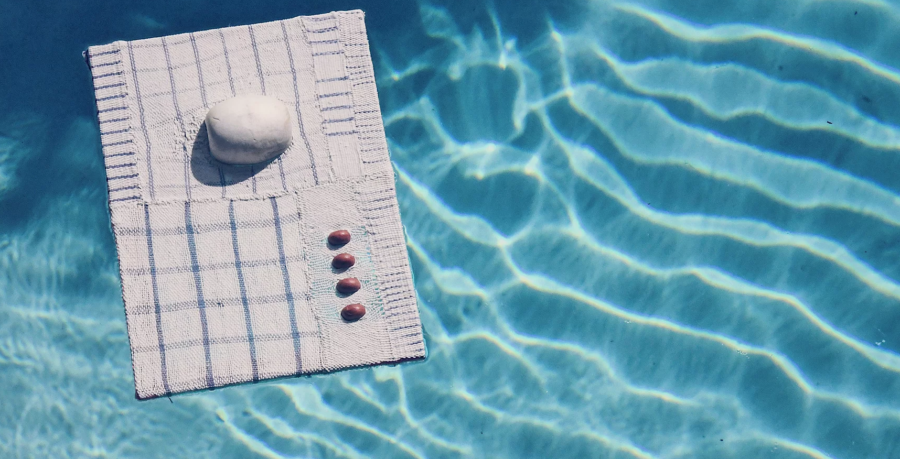 AZ: How can we stay in touch?

NK: I am active in documenting my projects on both Instagram @noelkassewitzart and on my website www.noelkassewitz.com. I’ll be posting frequent updates about the project as well as when and where I’ll be floating next so follow the hashtag #ArtistAdrift.

Be sure to check out Noel’s artwork on Curatious.

#ArtPowerWomen series mission is to increase the visibility of important, unrepresented women artists. Art Zealous has teamed up in a pro bono collaboration with Curatious and GirlSeesArt. To be considered for the series, post your work with #artpowerwomen.

Throwback to Our 7 Favorite Art Installations of 2015

Jobs in the Art World: Working at Art Zealous