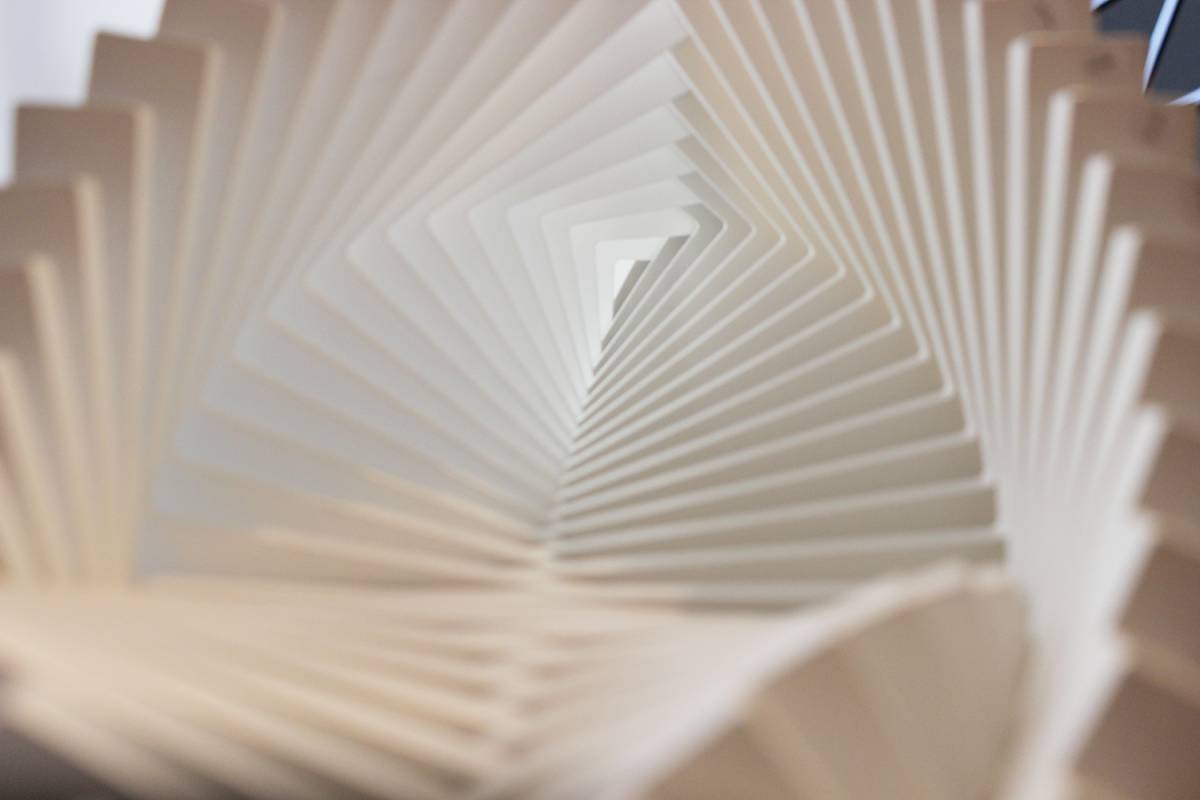 One of the best things about looking at art is being captivated by it. It’s that electric connection that gives you chills, raises the hair on the back of your neck, grounds your feet, and glues your eyes to an artwork. Artists just have a way of picking your brain through their creations and always you’re left asking yourself, how did they do it?

Imagine if every work of art you saw was constantly in motion. Kinetic art has that effect, and it’s all about motion, movement, and connection. Kinetic art interacts with itself. It’s mesmerizing to watch on video let alone see it in person so brace yourself for these seven eye-opening kinetic artworks.

Bust of David by Li Hongbo

A Classic Italian statue sculpture? Not even close. The Chinese artist Li Hongbo has recreated these monumental artifacts of time with paper. Hongbo uses the honeycomb technique to create kinetic works that expand, contract, and retract beautifully. Through his interpretations of paper, he reinvents the form of his subjects and tricks the eye. Don’t be fooled, Bust of David is more than a bust, it’s pure movement encapsulated in a single figure.

The Kansas-based metalsmith and jeweler created a series of rings and bracelets to mimic the act of flight. Inspired by the motion of birds and intrigued by machines and their movements, Yoon creates these elegant contraptions that function according to the movement of the body.

About Face by Anthony Howe

About face? About what face? This copper and stainless steel sculpture by Anthony Howe is in constant movement; it’s a not even recognizable when there’s wind blowing. This sculpture consists of 100 individually balanced and weighted copper panels that form this moving portrait.

Real time. A clock functioning at the will of real people; if only we controlled time. Maarten Baas creates a new clock with people sweeping each hour on the hour in the 24-hour real time video of two men sweeping two lines of dirt. Mimicking the hour and minute hands, the two brush up against the sublime. We’ve all watched the hands on the clock tick by at some point but taking your eyes of Sweeper’s Clock.

This is one of our favorites without a doubt. Breaking Wave puts 804 orbs in motion, organizing them into one form and creating chaos in another. The piece is patterned by nature, embodying the movement of air and water and moves organically within the space. Breaking Wave hits that balance between order and chaos, creating a majestic interpretation of harmony.

Theo Jansen’s works in his series Strandbeests, consist of wind-powered sculptures that are propelled forward on the seashore. The sculptures are made from recycled plastic soda bottles, yellow plastic tubing, and electrical cabling. Jansen creates these large beasts as a way to explore the function and structure of an organism, building internal structures that mimic the function of parts of the body.

Jennifer Townley is quite the illusionist with her mechanical sculpture, Asinas. Towny tricks the eye, using this double helix that produces a smooth motion of intertwining blocks. 65 white elements that increase in size as you move toward the center of the shape, move and twist about and never touching each other. Asinas is amorphous and constantly transforming, gracefully weaving in and out of itself.

Ask the Collector with Holly Hager: Collecting 101—Investing in Art