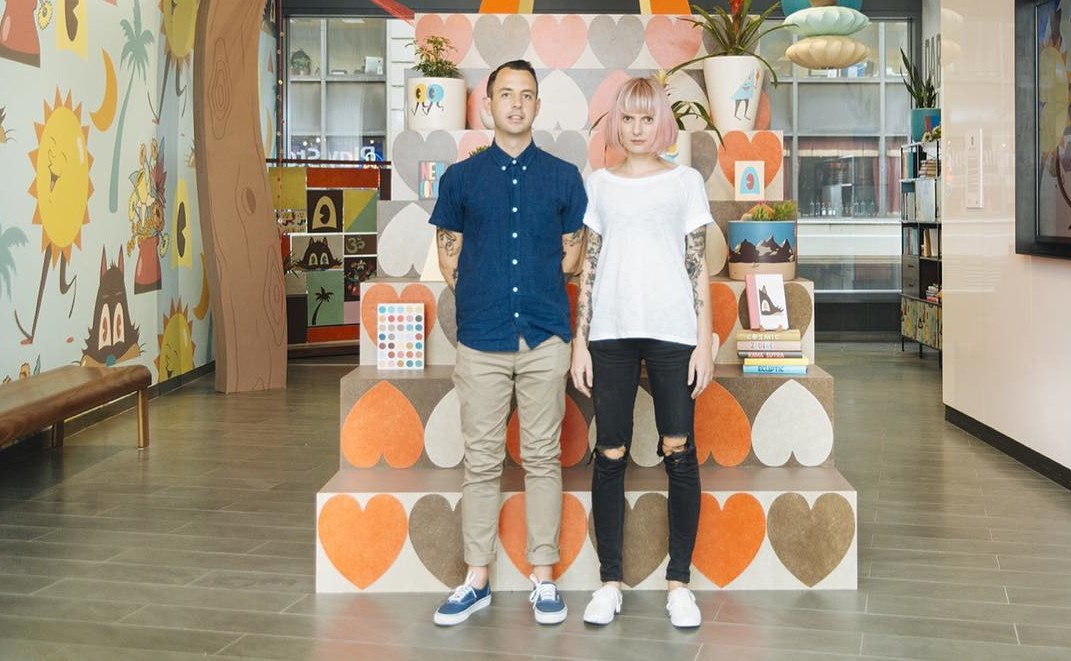 We all love keeping up with celebrity hook-ups and fall outs in Hollywood, but how often do art power couples make it onto our radar? Over the years artists, art curators, and art collectors have fallen in love or gotten married, but a select few have expanded their relationship; from life partners to business colleagues. What we absolutely love about couples in the art world is that when or if they collaborate there is no telling what they will do.  Some of these couples are the new kids on the block while others have been riding the wave for years.

Here is a look at 5 art couples we love today.

Hello Mr. & Mrs. Architect! Breaking boundaries and working side by side to achieve their dreams and goals Michael and Marion opened an architecture firm in New York City. The firm is dedicated to the fusion of art, architecture, infrastructure and landscape design. This power couple’s work had been exhibited at the Museum of Modern Art, Venice Biennale, Louvre, and the Guggenheim Museum.

Oh performance artists and their love stories. These two met on their birthday (yes they share the same birthday) in Amsterdam in 1976, and this story is one of pure love and collaboration. Most people recognize Marina in her hit documentary, Marina Abramović: The Artist is Present, where she describes their love as, “There was immediately a fascination”. They have created over 90 pieces of performance art over the course of their 12-year relationship and true to form; their break up wasn’t remotely ordinary either. Beautifully striking and painful, the two broke up by standing on either side of the Great Wall of China and walked towards each other to say goodbye. But we got the see the couple for the last time in Marina’s exhibition at the MoMA where Ulay made an unexpected appearance, sitting directly across from her and the two reached for each other across the table.

For some reason couples in the art world just seem to build off on one another, creating endless works for us to behold and that is what Amale and Dan have achieved. The couple established their own firm WORKac based in New York and have taken on a variety of projects and experiences by “[saying] yes to everything.” They have created installations like “Public Farm 1” at the MoMA and buildings like the Conference Center in Libreville, Gabon among many other projects. The couple even transformed their one-bedroom apartment in East Village into a three bedroom home for their family.

Here’s a love story for the books. Australian couple, Dabs and Myla travel the world together painting murals. They create artwork for film sets and build installations within galleries. Never far apart and harmonious in their work, the Los Angeles-based couple have never been apart for more than a few hours. They have painted murals in Rio De Janeiro, London, Detroit, Norway and Tahiti together. Let them be the art world’s reminder that when art inspires love it can outlast anything.

New York can be the city to meet the love of your life, and it was for this couple. Rhys Ernst and Zachary Drucker first met each other in 2015 at a bar in East Village. Both aspiring artists, the two had a connection, but Rhys had never dated a boy and Zachary had never dated a woman. These two artists were both transitioning while in a relationship, Zachary from male to female and Rhys from female to male. They documented this process and their love affair through photography in the ‘Relationship;’  a photo exhibition included in the 2014 Whitney Biennial. Their story is eye-opening, enlightening and simply beautiful and the work is spectacular.

Why Are We Infinitely Obsessed with Kusama?

The Painting Behind The New Kanye West Video