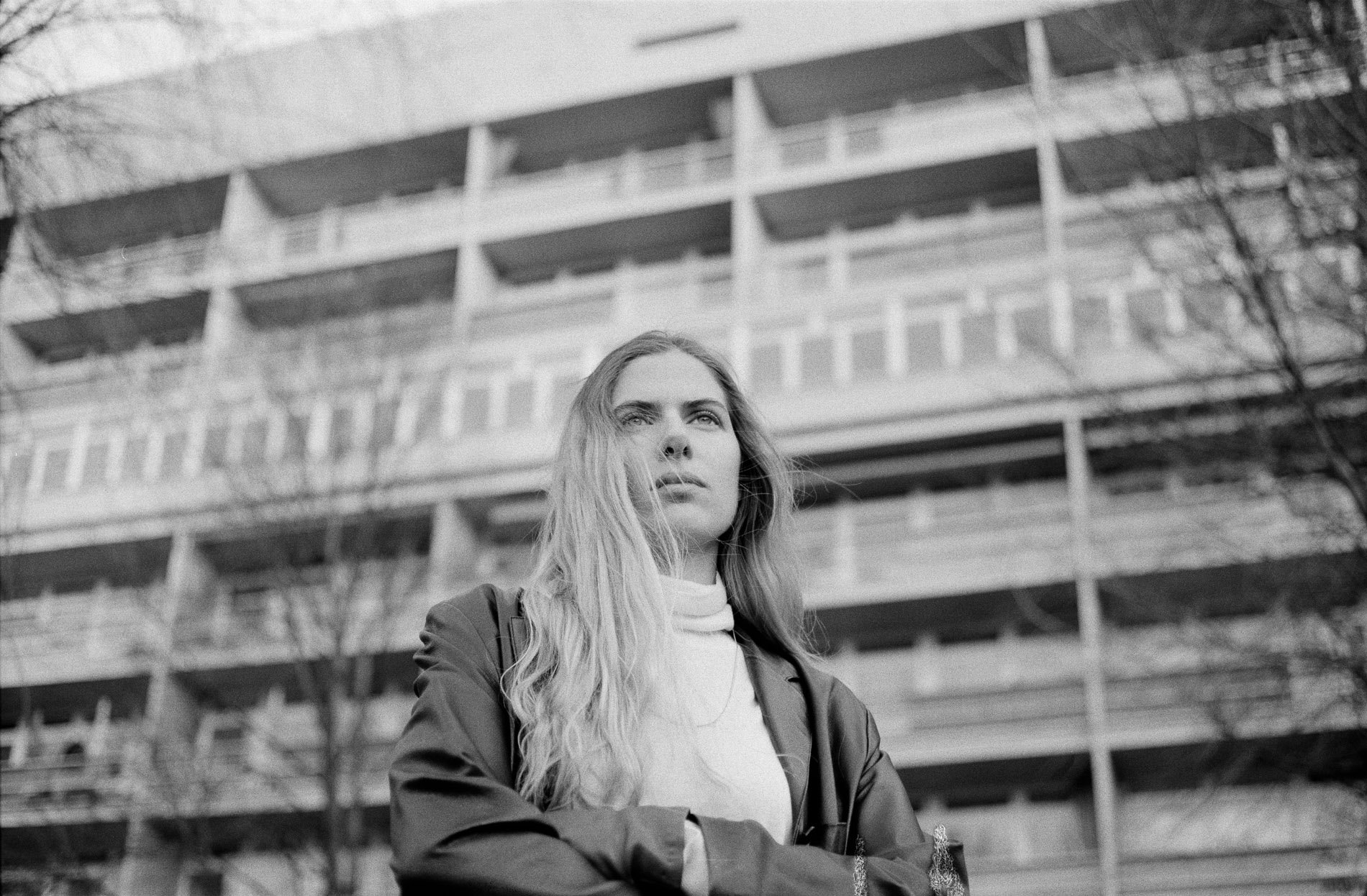 On Monday, November, 28, 2017 a throng of people, ranging from 20-somethings to well-dressed Manhattanites, filtered into The Kitchen’s performance space. They were there to attend an installation of the ongoing music performance series, Synth Nights. This unseasonably warm, fall evening featured the esteemed, Berlin-based, DJ and experimental producer, Laurel Halo, joined by NYC-based, composer, percussionist, and visual artist, Eli Keszler.

Keszler is one of many artists who collaborated with Halo on her latest release, Dust, which was released on Hyperdub in June 2017. The crowd slowly filed into the almost pitch-black space, groping in the darkness or more effectively, using the light of an iPhone to find an available seat. A few minutes after 8 PM, the few lights that were on, turned off and Halo and Keszler appeared on stage, the only illuminated figures in the room.  Halo positioned herself behind a rack of electronics, a keyboard, and a microphone while Keszler sat down behind a full drum kit.

Throughout the nearly hour and a half long performance, the duo worked their way through selected pieces from Dust. Halo captivated the audience with her winding, demiurgic melodies, auto-tuned vocals, and fragmentary beats. Keszler improvised alongside the electronics adding fluttering and natural percussion, challenging yet integrating itself into the highly-processed soundscape.  The duo guided the audience through a sonic narrative that included everything from harmonious, shining ambient swells to crashing rhythms and disjointed melodies.  After what felt like only 20 minutes rather than almost an hour and a half, Halo thanked the audience and the lights went up.

This performance marks an incredibly small moment in The Kitchen’s history of extensive music programming and further exemplifies the space’s dedication to supporting and showcasing assorted art forms including film, dance, performance, theater, music, and of course, visual art. When its doors were opened in 1971 by Woody and Steina Vasulka, the space aimed to showcase the emerging fields of video and performance. Shortly after, in 1973, The Kitchen began to host musicians and since then has invited a vast range of influential performers into the space. Past performers include renowned minimalist composers (Steve Reich, Philip Glass, and John Cale), gritty NYC no-wave bands (Lydia Lunch and Theoretical Girls), and everything in between (Okkyung Lee and Earl Howard).

Synth Nights began in October 2012 to showcase a new generation of avant-garde, electronic musicians, and further the performance space’s notable relationship with the music community. The series was created by musician and curator, Nick Hallett.  Since then, Synth Nights has been lead by multiple curators who have brought a wide array of electronic musicians into the space. Past performers include Daniel Lopatin (Oneohtrix Point Never), Harold Budd, Lesley Flanagan, and Catherine Lamb.  The series conception was timely as electronic music community only continues to grow in New York City.  With practice spaces and studios becoming less affordable and guitar rock becoming more associated with masculine angst, more musicians and composers than ever are turning to synthesizers and laptops as a means of sound production and expression.

Through Synth Nights, The Kitchen continues to set an apt example for the NYC Arts Community. Often, when we think of art we exclude music, and therefore we don’t associate music with art galleries.  Programs like Synth Nights expand the utility of the gallery space, and in a town like NYC, where music venues continue to struggle, we must find a platform and enliven the city’s incredibly diverse and vibrant music scene. Let’s not forget to mention that programs like this are an excellent way to include the younger generations and previously unreached communities in a seemingly exclusive community.

The next Synth Nights is taking place on December 5 and will feature Catherine Lamb’s Prisma Interius: III. Purchase tickets here.