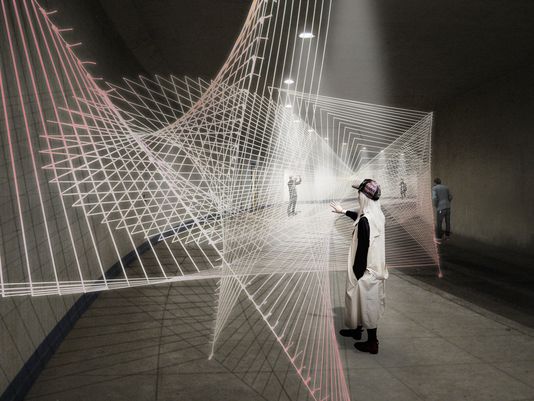 Have you tried to get involved and meeting artists in your own neighborhood? There has and will always be the underground: where raw talent bounces off the walls and where being unconventional and bold is always embraced and supported. The underground art scene, like the underground music scene, births new generations of painters, filmmakers, musicians; revolutionary artists that have yet to be noticed. These are our top three cities with wild underground shows that you can’t miss.

Secret exhibitions, shows, and performances are held in the most inconspicuous areas, and the artists and creatives that usually go unnoticed have claimed, and reclaimed the streets of New York in areas like Chelsea, High Line and Brooklyn. When most people think of underground art in New York they go back to the 1970’s and the 1980’s with kings and queens like Jean-Michel Basquiat, Andy Warhol, Jeff Koons, and Keith Haring that ruled the streets in their day. Now it’s the students from the New School, college drop-outs, and the cultured residents of New York who see and exhibit the works of young artists in spots like the 17 Frost Gallery, Southfirst, or Front Room Gallery.

And it goes all the way to the Whitehouse. What if Barack and Michelle have been attending these events and you’ve been missing out on a party with the president?! Not likely, but you are missing the heavy art culture in Dupont Circle. This is where you’ll find all of the best galleries, record shops, thrift stores and coffee joints. Most people who walk around Dupont Circle everyday are oblivious to why lies 10 feet below the surface. What you’ll find is the underground, literally is an arts coalition called Dupont Underground that is well on its way to becoming a cultural destination that promotes art, architecture and design. All of this is going on in D.C.’s hidden tunnel system that has been there for years and you probably never knew about it until now.

In the world that we live in today, with never-ending means of communication, everything is out in the open, but efforts to keep the “underground” intact are happening everywhere. Not just in Washington or New York, but also in Chicago, Philadelphia, Germany and London. The truth is, everywhere you go there is an underground waiting for you to take that extra step and search for it. In Los Angeles, art spaces creep behind buildings, under bridges and inside tunnels like The Night Gallery, 356 Mission, and LAND.

Artist Christine Wang: The Worlds of Art and Activism