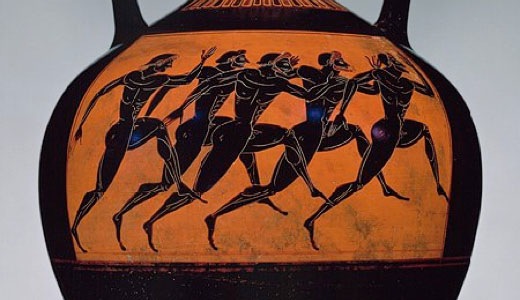 In today’s installment of “Did You Know?” – the arts were once a part of the Olympic Games in the early 20th century. By that, we mean that they received actual medals just like athletes still do in sports. The founder of the International Olympic Committee (IOC), Baron Pierre de Coubertin, saw art competitions as an integral part of his vision for the Games. According to its official website, one of the core responsibilities of the IOC to this day is “to encourage and support initiatives blending sport with culture and education.”

A mere 1,500 years since the Olympics of Ancient Greece, the modern version of the Games began, in 1896.  Years later, they were expanded to include the arts. Five artistic categories, including music, architecture, literature, painting and sculpture, were eligible for the same gold, silver and bronze medals that are awarded for sport competitions. All submissions had to be original and “stimulated, motivated, or inspired by sport.”

More than 150 medals were awarded until 1948, when the Committee reasoned that it was unfair to allow professional artists (those who have sold work outside of the Games) into the competition.  The artistic component of the competition was ended, and previously awarded medals were stricken from the record.

Since then, the IOC has held art exhibitions and contests alongside the Olympics. For instance, a Sport & Art competition took place in the 2012 London Games.  For the current 2016 Rio Games, a new Artists-in-Residency program was announced, which is intended to continue at future Games.

After all, the IOC website asserts that Olympism is “a philosophy of life, exalting and combining, in a balanced whole, the qualities of body, will and mind…”

Where to Stay, Eat and Drink Within a 3-Mile Radius for the LA Art Book Fair

Our Favorite Hats From the First-Ever High Line Hat Party