The Founder of the modern Olympic Games™, Pierre de Coubertin, once cited the “blending of sports with culture and education” as one of the fundamental principles of the Games’ past and future success. Finally, a strategy to implement this crucial idea will take form during the Rio Games.  The International Olympic Committee (IOC) on Thursday announced a first-ever artists-in-residence program, which will take place in Rio de Janeiro during this year’s festivities, from August 5-21, 2016.

Throughout the Games, an artist, a writer, and a Vine editor will give their interpretation of the Olympic Games™ by connecting with audiences, athletes, the Rio community and, through social media, the global population.

This year’s Artists-in-Residence include:

This contemporary French artist is best known for his large-scale black and white image installations. His installations in Rio will focus on the people and energy of the event. The work will be two-fold:

— “Giants” will install giant photos of lesser-known athletes-in-motion on ultra-large scaffolds, disrupting the environment and forcing people to discuss the works, questioning their presence and meaning. Adding art to the street is intended to alter the viewer’s experience with the city.

— #IOPRio2016 adapts the artist’s international participatory project “Inside Out.” Participants will take a photo in a specially-built photo booth truck, stationed at various spots throughout the city. Large-format posters are instantly printed, and the subjects are invited to paste their poster in the surrounding urban space. Every action is recorded and published in a gallery online. The trucks are strategically located in an attempt to capture people from every aspect of the Games, showcasing the diversity of the city and its inhabitants: the “people on the sidelines” who make the event possible, backstage during the opening ceremony, the visitors and the athletes. 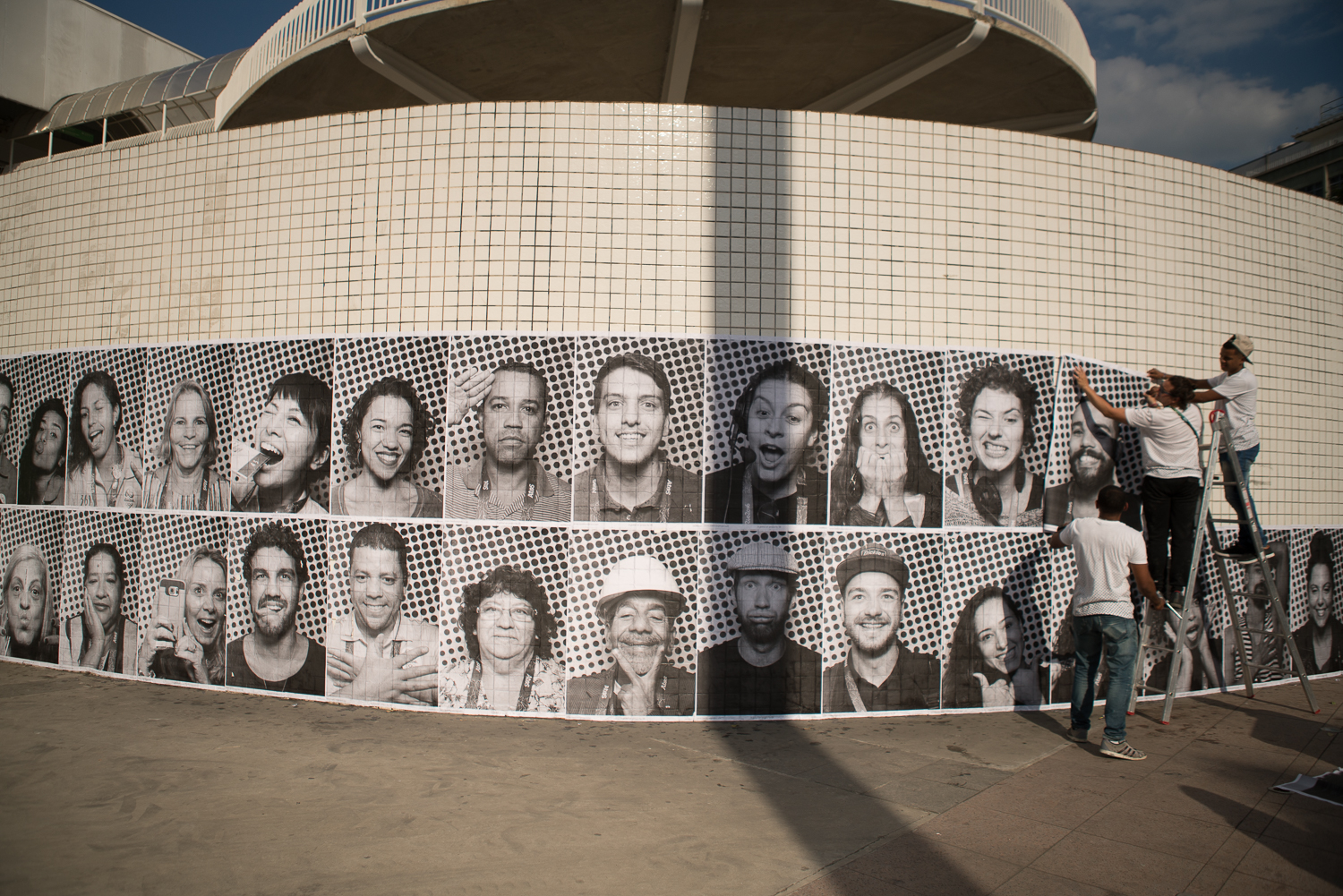 The German writer will explore the environment and find a new perspective from which to report – one that is not covered by the thousands of sports journalists attending. According to the press materials, he says: “There is a plethora of themes and motives and public stages for performances, richer than in any opera.”

The video editor from South Carolina has perfected the art of the digital Vine platform.  He plans to create Vines throughout the event that shows an insider’s view of the Olympics, the vibrancy of Rio de Janeiro and the energy and excitement of the events. Through these short clips, a variety of universal emotions will be portrayed.

Follow the talk about the artwork by these artists-in-residence with the official hashtag: #OlympicArt.

7 iPhone Only Photographers You Should Be Following on Instagram