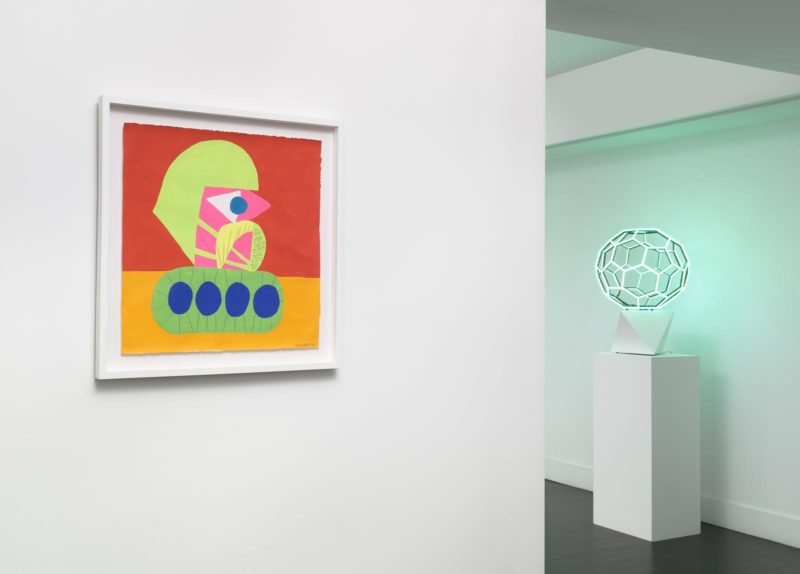 When Jay-Z decided to make a video for his song Picasso Baby at mega-gallery Pace, he invited art world luminaries to make special guest appearances including Diana Widmaier-Picasso, an obvious choice, Marilyn Minter, currently of Brooklyn Museum’s Pretty/Dirty fame, Marina Abramovic to stare at him, and elegant and influential gallerist named Sandra Gering. Gering, owner of Sandra Gering Inc., an Upper East Side gallery. Gering recently announced that after thirty years as a gallerist, she would be closing her gallery. We sat down with Sandra on a beautiful afternoon and talked to her about a wide range of subjects including her life as a gallerist, yoga, fashion, Kabbalah, macrobiotic diets, and her future.
​

We started the conversation by asking Sandra “Why art?” When did she first realize that she had an interest in art? She immediately responded that her first recollection of becoming transfixed by art was with a Cezanne painting in the Phillips Collection in Washington DC. Gering was raised in the Washington DC suburb of Chevy Chase, Maryland. At eighteen years old she knew she wanted to own her own gallery in New York City. Her father, however, had other plans and encouraged her to study for a medical profession and as a result Gering attended the University of Bridgeport, studying to become a dental hygienist.

After graduating, she worked as a hygienist for four years, got married and moved to Long Island where she raised two sons. Sandra immersed herself in raising her sons, always ahead of the times; she was feeding the boys grass-feed beef long before it was a trend. When the boys got older, she began showing art out of her Long Island home. She quickly realized that the art she was interested in showing was too avant-garde for her Long Island community.

After her sons left for college, she divorced and moved into a Greenwich Village brownstone duplex. She quickly befriended Merce Cunningham and John Cage, often having them to dinner and sharing macrobiotic recipes. She began showing the type of art she wanted to present out of her brownstone on 11th St. and Fifth Ave. Her first exhibition in 1988 was Dove Bradshaw, followed by William Anastasi, and performance artist Janine Antoni. When her exhibitions started getting reviewed in ArtForum, she knew she was on the right track. However, Gering soon realized that operating an art gallery did not lead to immediate financial success.

Strapped for cash, Gering convinced her divorce attorney to allow her to sell a Picasso painting he owned. She took the proceeds from the Picasso sale and opened her first gallery space in Soho on Broome and Wooster. She negotiated free rent for the first year in exchange for fixing up the space. Gering continued to show in this space for ten years. In the 1990’s Gering became interested in technology in art. In 1995 artist John F. Simon Jr. created an online gallery for Gering that enabled her to exhibit technology based projects on the web. In 1996 he began making screen-based art, controlled by algorithms, which she exhibited in a show called Every Icon.

She began showing artists such as ORLAN and Leo Villareal, who is known for his work with computer-controlled LED lights. Villareal designed lighting installations for the Bay Bridge in San Francisco and in the I.M. Pei tunnel connecting the East and West wings of the National Gallery in Washington. He recently won a competition to light London’s bridges along the River Thames. Villareal is now represented by Pace Gallery, but Gering still maintains a relationship with him. We asked her if it was hard to see her artists move onto other galleries after having nurtured them for many years. She said the first one she lost, Janine Antoni, was “very hard on her,” but when Villareal moved to Pace she was delighted.

Some of her artists like Villareal, Antoni, and KAWS have been picked up major galleries and she is rightfully proud that she has accomplished all of this with her own hard work and money. From 2006 to 2013 Gering partnered with the Madrid gallerist Javier Lopez and moved the gallery to a large space on 57th St under the moniker Gering-Lopez. Adjusting to market trends, Sandra once again moved her gallery to its current location, a townhouse on East 63rd St.
​

Gering has a strong interest in fashion and design, especially designers from the 1920’s and 30’s. She is an admirer of Coco Chanel and walks five miles a day, to and from her gallery, in her Chanel flats. In 1998 Gering made a trip to the south of France and visited legendary Irish architect and furniture designer Eileen Gray’s architectural masterpiece E-1027. E-1027 is the name Gray gave to the modernist villa she designed in 1926. By the time Gering visited the house in 1998, the house had fallen into disrepair. Gering was instrumental in convincing the French government to acquire the property and restore it. Gering founded Friends of E.1027 which raises funds to help with the restoration of E-1027.

We wanted to know what plans Gering had for the future. Gering said she is going to be “involved in a few ongoing projects including curatorial projects in Vienna and Amsterdam.” However, the projects she is most passionate about are spiritual ones. She is co-writing a course for the Kabbalah Centre in Manhattan on art and spirituality. Her life in the art world is a spiritual quest, and that teaching would be a way to share her experience she told us.

She is also collaborating with Leo Villareal, designer Ghiora Aharoni, and H & H Book Services, owned by Jack and John Papuchyan, to create a special copy of the Tikkunei Zohar. The Tikkunei Zohar is a mystical commentary on the Torah written in medieval Aramaic and contains 70 dissertations on Genesis. It is important to those studying Kabbalah. The version Gering is producing will be printed on silver paper and housed in a special box designed by Aharoni. The symbol of the tree of life will illuminate the cover with computer controlled LED lights designed by Villareal. Gering’s goal is to present copies to the Israel Museum in Jerusalem, the Vatican in Rome, The Jewish Museum in NYC, and Mecca in Saudi Arabia. Gering feels it is “the time for women to come forward.” Gering is also contemplating writing a book about her life.

The interview started with Gering telling us that she is “an extremely fulfilled woman.” Sandra will be turning 75 this year and is looking forward to being free of the 24/7 gallery life. She has three grandchildren living on the West Coast and plans to spend time with them in southern California during the cold NYC winters.

The last exhibition that Gering will present is Jennifer Wen Ma: Eight Views of Paradise Interrupted. It is Ma’s first show at Sandra Gering Inc. Ma was on the team that designed the opening and closing ceremonies of the Beijing Olympics and won an Emmy for the broadcast of the event. Gering said she has been following Ma’s career for seven years and decided it would be an apropos last exhibition.