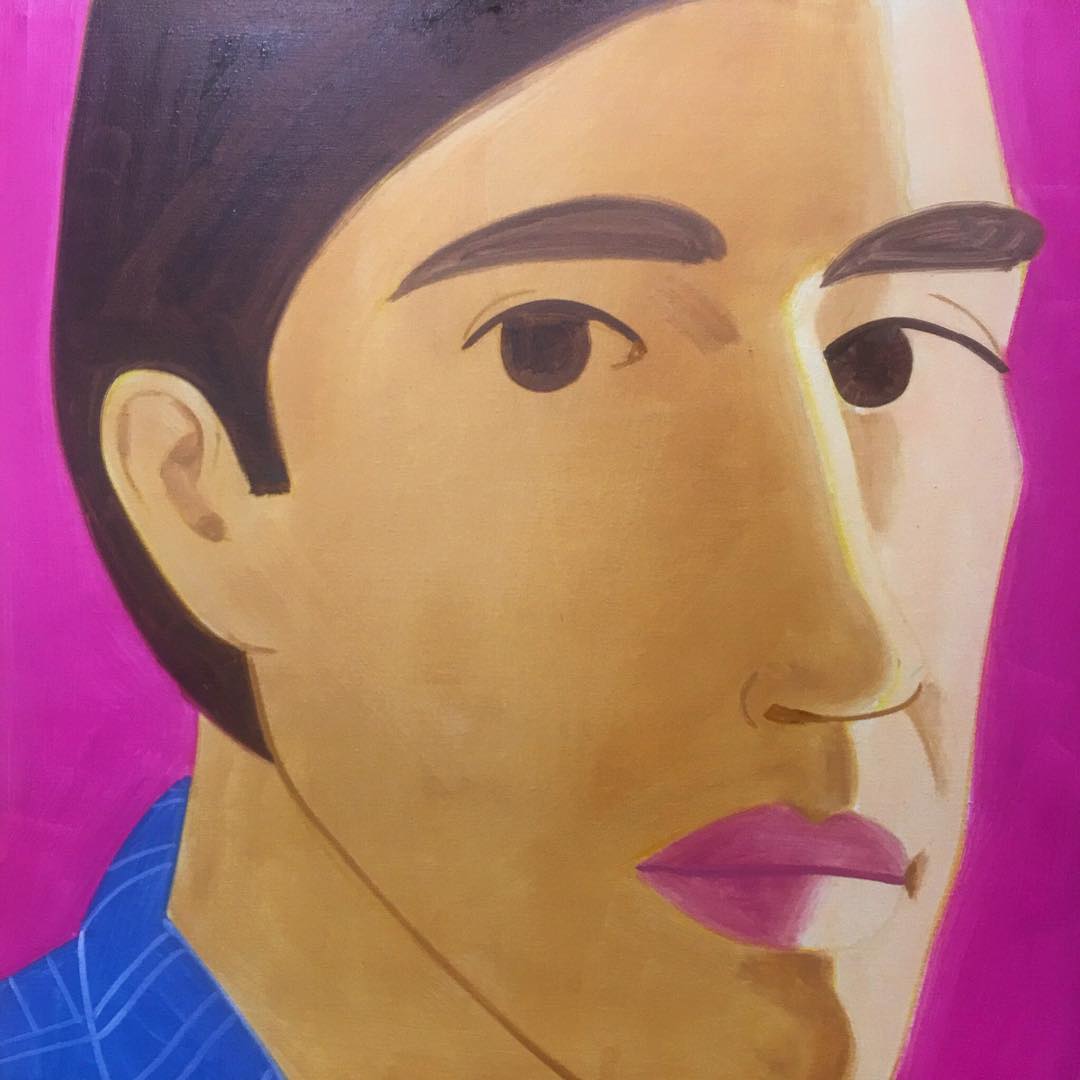 For some reason, speaking to inanimate objects is typically frowned upon in Western society. Even when that object happens to be a portrait so intriguing we can’t help but feel an urge to get to know it better. Luckily, societal norms don’t apply in the art world. We’ve rounded up seven portrait subjects and let our imaginations run wild envisioning an entire dinner spent with them. Bon Appétit to you, too.

We have to be honest: We mainly want to sit down for a meal with this woman in hopes that even just an ounce of her aura might rub off on us. Oh, and she’s a badass holding a machete, respect.

2. Jean-Siméon Chardin’s Self-Portrait with a Visor

Chardin’s headgear leaves us with one dining option: a scenic picnic, preferably with fruit involved. Since he came prepared with his spectacles, we spend most of the meal reading poetry aloud in between bites of locally grown Gala apples.

The appetizers haven’t arrived and we’re already asking Isaac for eyebrow grooming tips. Those eyes seem to harbor a heartbreaking story and we wonder if it’ll spill out of those beautiful lips as we munch on our baked brie.

Dinner? Perhaps just some late night snacks before we head to an underground party. We want to know all of this subject’s secrets.

5. Douglas Gordon’s Self Portrait of You + Me (NoNo)

We don’t even need to see this subject’s mouth to know that we want to have a conversation with her.

If we know anything, it’s that this subject won’t be a nosy date. And…we’ll go ahead and show ourselves out for that pun.

Are we the only ones who have dreamed of taking a cat out for dinner at a five-star seafood restaurant? A red plush throne for the feline is a must.