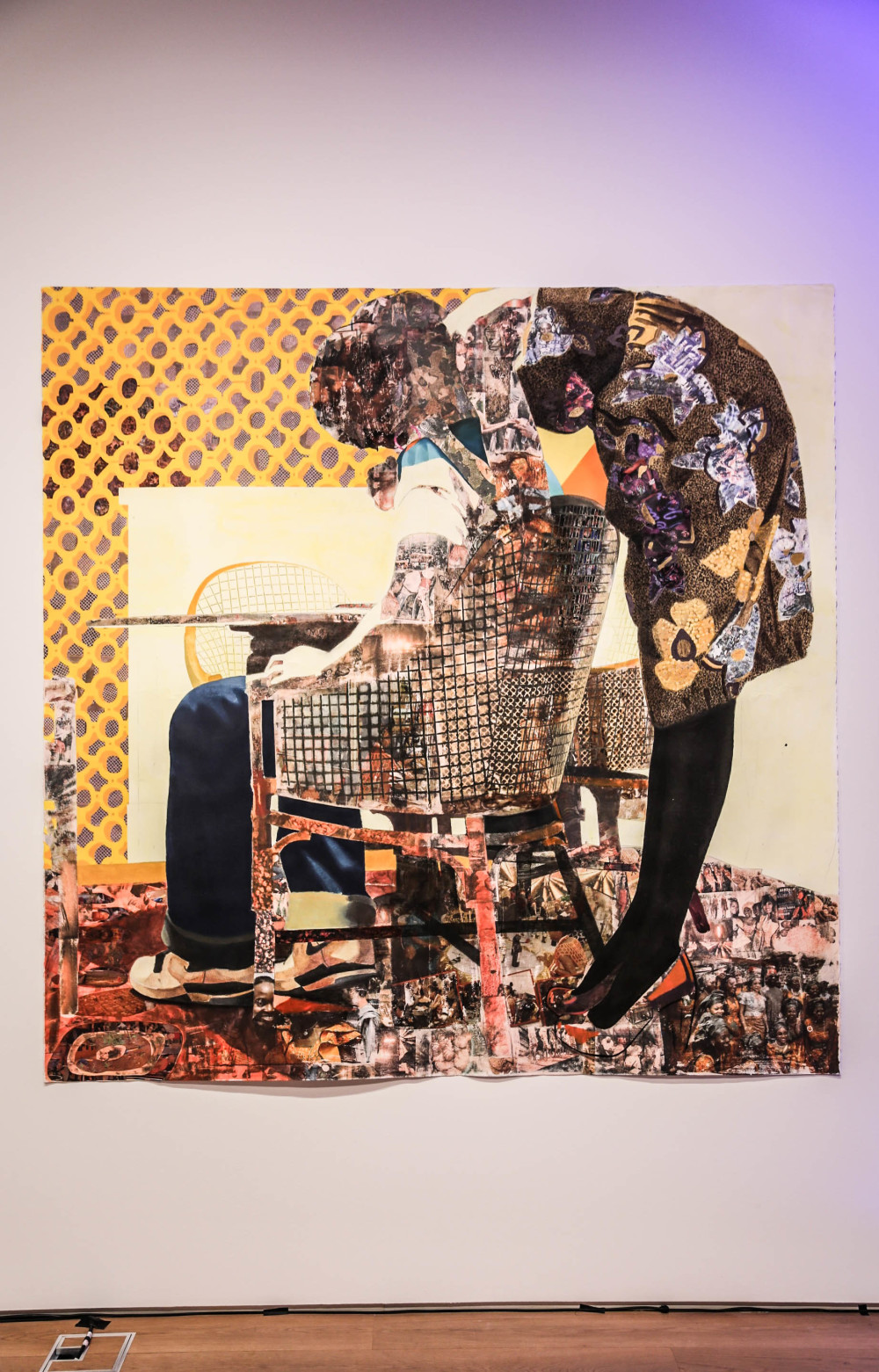 On June 21st we attended the Prix Canson Finalists’ Exhibition at The Drawing Center in Soho for the 2016 award ceremony. Five artists whose work all show a true love of paper  – Bethany Collins, Njideka Akunyili Crosby, David Shrigley, Lucy Skaer and Ruby Onyinyechi Amanze – were chosen as the final five.

We are very pleased to announce that the winner was… Njideka Akunyili Crosby!

Born in Enugu, Nigeria and now living in Los Angeles, Njideka Akunyili Crosby’s large-scale paper works are impressive and mesmerizing. Both from a distance and up close, the works hold their own memories, secrets, stories and languages. The works are based on ideas of identity, race, assimilation, memory, history, and each work begins with the process of photo transfer. The photos and images come from her personal archive; they might be photos of her family members, friends, photos from Nigerian pop magazines. She must decide where they must go before anything else is built up, as it is impossible to overlay them afterward.

From the transfers, she builds very complex narratives. She is interested in a lot of old masters work and extremely interested in literature, particularly a popular Nigerian book titled ‘The Beautiful Ones Are Not Yet Born’, based on post-60s changes in the country which were supposed to bring about good but instead brought about more corruption.

‘The Beautyful Ones #1c’ above is a portrait of her older sister but is based on a Velazquez painting which she has inverted. Included in the image transfers, which make up the dress and parts of the wall and floor in this painting, include a photo of a Nigerian singer dressed as Michael Jackson. This speaks to the Western influence on Nigerian pop culture as well as directly addressing her own life, where she is now married to an American and living in Los Angeles – how does one find their identity?

These works show more than imagery – they use the very idea of drawing as a medium or even methodology as a vehicle to try to understand identity. The way that she builds the image is key in understanding her personal history and how that interlinks with very specific cultural references.

The Prix Canson 2016 Finalists’ Exhibition is open through July 1st at The Drawing Center, 35 Wooster St.