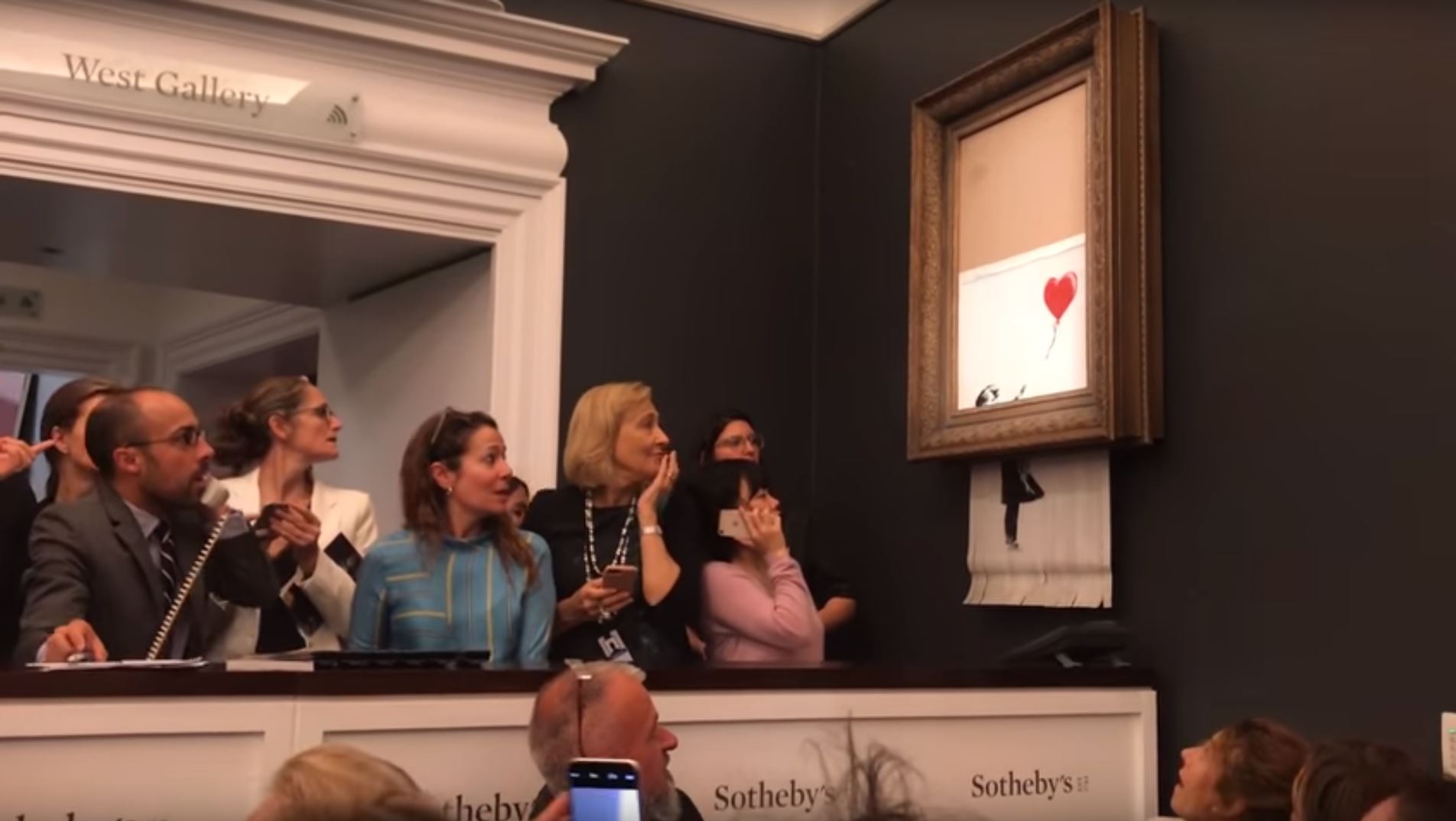 As the gavel hit the podium, the shredder ruined the artwork. Or so the story went on October 5, when “Girl with Balloon,” a work of art by the mischievous Banksy, self-destructed immediately after being sold for $1.4 million at a Sotheby’s auction. The “Girl with Balloon” canvas passed halfway through a shredder, which was hidden inside the frame of the work. It’s the first time an artwork has ever shredded itself during auction. The artist admitted to the incident by revealing a short video on his homepage.

Now it seems that the artist has set a second record for the week: the first artwork in history to have been created live during an auction. In a press release this afternoon, Sotheby’s confirmed that the buyer of “Girl with Balloon” will, in fact, remain committed to her purchase. In doing so, she will acquire the piece, retitled as “Love is in the Bin.” The work, according to the press release, was “granted a certificate by Pest Control, Banksy’s authentication body” and will be purchased at the same bidding price.

The incident was true to the style of Banksy’s usual anti-establishment sentiments. As such, the prank was applauded by some.  As the video on the artist’s homepage pans the auction room, one can see a mixed reaction from the crowd: some shocked; some joyful.

@xaphura: The very fact that people are still spending money on it proves Banksy’s point.

@indivem: Raise your hand if you believe this was a strategy planned by both the artist and the auction house

@sota.agency: What an amazing turnout! @banksy is a genius!

@dirty_leatherchucks: I’m honestly concerned on how this will be preserved?

In his video, Banksy doesn’t allude to his reason for the artwork’s self-destruction. As with most of his elusive pranks, we’ll likely never know. Perhaps it made a statement about artworks being collected and stored in private collections, rather than collectors providing accessibility to priceless works by displaying them in public institutions.

That said, “Love is in the Bin” will be on view to the public in Sotheby’s galleries on New Bond Street in London this weekend, on October 13-14… before going to the collector.

Prada Takes Over the Freehand Miami for Art Basel