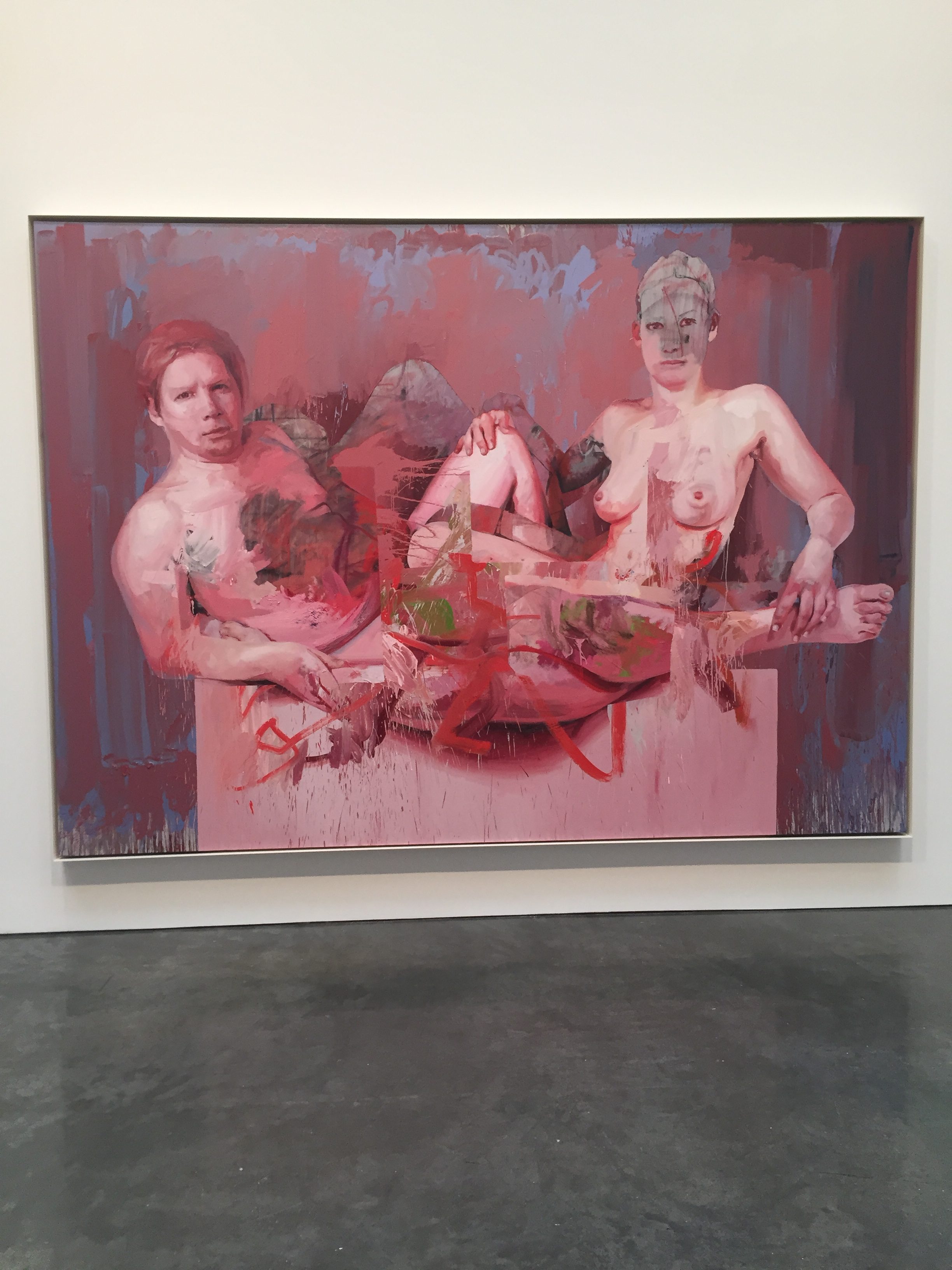 Within seconds of stepping into the Gagosian Gallery, over on 21st street, you are thrown into a world of astonishing artwork. What you are experiencing is the latest installment to come through Gagosian Gallery, Jenny Saville’s “Ancestors.” Twelve paintings that at first may leave you a bit bewildered, quickly become recognizable as something more than mere artwork. Gazing at the paintings you feel something stir, like trying to remember an old memory, but the scene is hazy and you can only visualize shapes, forms, no precise definition or backdrop, only the thing you were focusing on. That is the moment that Saville captures in her work.

Each of the paintings focuses on human forms, with contorting appendages that start but have no normal ending. Legs that end at the shin, and feet that come from nowhere, like ghosts that transgress the “normal” realm of the physical plane. Saville transfigures bodies with other bodies, summoning exquisite and alluring images, unlike anything you can imagine. Juxtaposing obtuse images with forms of human beings and images of ancient statue-like heads, the paintings seem disjointed at a quick glance, and perhaps a passerby might simply brush it off as such, however, the work Saville has created rivals that of the classical masters. With hints of Pollock and the Impressionists, the paintings stand-alone as new masterpieces that will be looked upon in the future as exemplary works that defined an era. Each nude figure glares back at you while you observe them; with faces that tiptoe on the border of natural and haunting, leaving the viewer to yearn for the attention of the figures.

Ideas, memories, alternate dimensions where the forms of your family and friends appear to you as something utterly unrecognizable; that is the beauty of Jenny Saville’s pieces. She presents form and definition scrambled into graffiti-like visual dissonance. By utilizing broad and thin brushstrokes, in a seemingly erratic manner, then layering in definition to the faces, the pieces come to life and leave you questioning if you just witnessed a painting or a real person. It’s said that people only remember general details about memories and that our brains shape and shift memories into something more subjective than the truth of what happened.

Another theme that stands out in this exhibition is the way that each painting offers itself as art on display, within the painting. Look toward the bottom 1/3 of each painting, and you’ll notice that the forms that Saville paints, all appear on pedestals, almost as if to say we place paramount importance on our memories, even though they are unreliable. These pieces are mysterious, alluring, and wildly masterful that transcend the bounds of modern art.

Where to Stay, Eat and Drink Within a 3-Mile Radius for the LA Art Book Fair

12 Artworks For Your Kids’ Rooms You Can Buy Right Now

4 Artist Bookstores You Need to Check Out