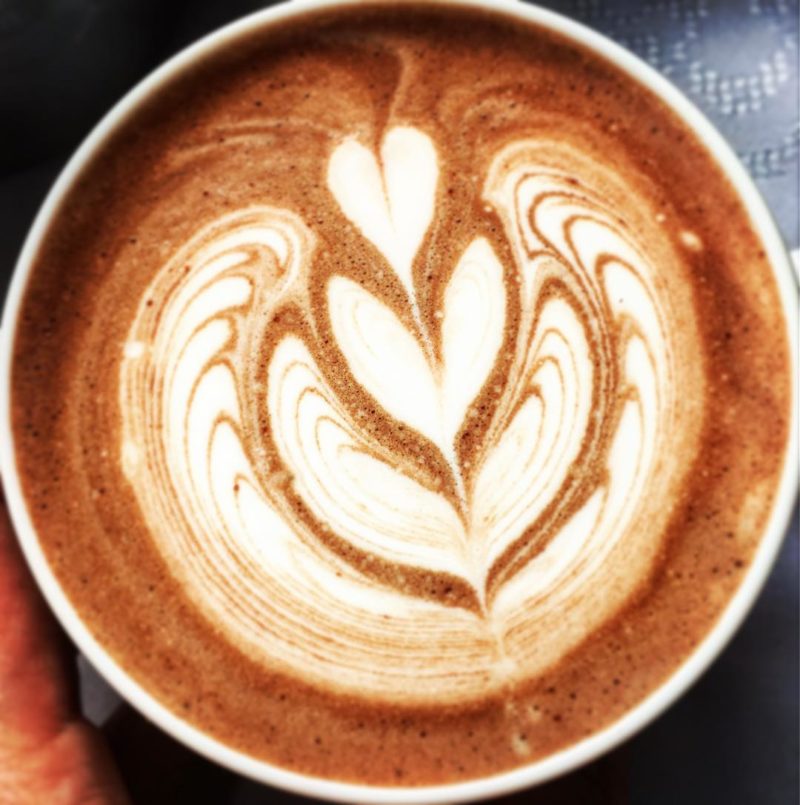 If you’re like us here at AZ, your day begins with one foot mechanically leading the other into your favorite coffee shop to score that godly libation without which the world would be an insufferable drag. Your average person couldn’t care less how the milk is mixed with the espresso, as long as she gets her caffeinated nectar before 9 am. But a burgeoning sect of the third wave coffee world has us thinking about our lattes in a new light: as art. And to show just how vibrant this relatively new artistic medium has become, the World Latte Art Championship (yes, you read that correctly—an international competition for latte art) will be held in Budapest from June 13-15. Here are some of the competitors’ beverages (or should we say artworks) the visual appearances of which might wake you up more than the drinks themselves:

Caleb Cha of Australia won the 2015 Championship, and his tiger displays the craftsmanship necessary for winning the competition. (Note the aptly-named insta handle!)

You’ve probably seen leaves or hearts in the lattes at your local coffee shop, but have you seen a peacock? This masterpiece comes from Benjamin Graf of Austria, a competitor in this year’s championship.

Belarusian Roma Liakhnovich doesn’t just depict an animal to add to the collection: he gives it a beautiful leaf to add setting to the work.

Belgian artist Jaantje Van Damme adds a touch of elegance to the latte art animal kingdom. Look for her at the upcoming 2017 Championship.

Thought the latte art palette was limited to brown and white? Frenchman Mikaël Humbert thinks otherwise. His vivid tropical bird is like an homage to South America, home to several of the largest coffee exporters in the world.

Roses are red, steamed milk is white, who knew latte art could be such a sight! German Markus Badura’s striking use of color will definitely make him a standout at next week’s Championship.

The Best Places to Dine During Art Basel Miami Beach