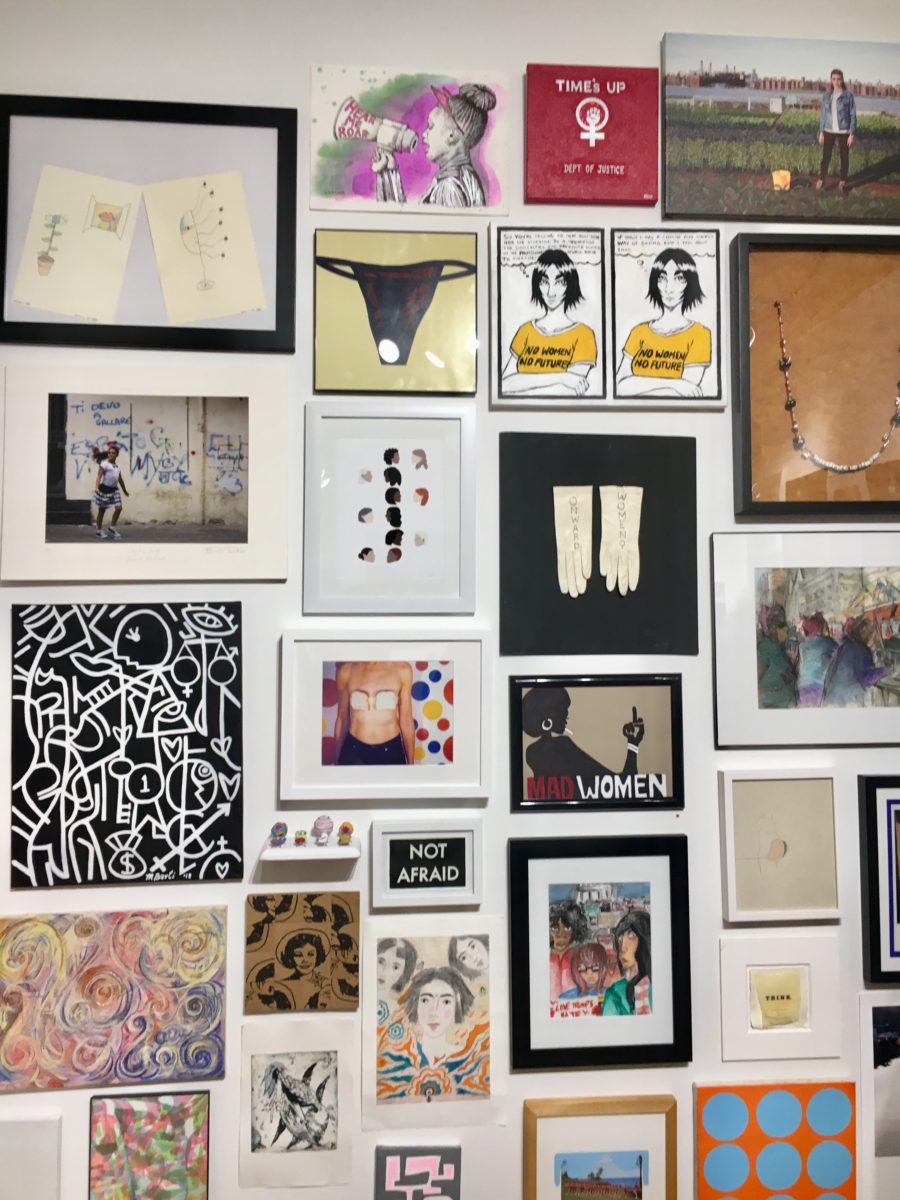 In a year of record-breaking attendance, The Outsider Art Fair, which celebrates self-taught artists from around the world who create work outside the mainstream, welcomed 2,500 guests on opening night alone. The 26th edition of the fair boasted its largest roster of exhibitors to date – 63 in total. With so many excellent and intriguing programs on view, it was difficult to choose a favorite – here are a few of our top picks.

OAF’s Special Program: Onward – an open call booth dedicated to artists’ response to the one year anniversary of the Women’s March – received over 200 submissions from artists who created works envisioning their take on the future of women. Works were rendered in various mediums from photography and collage to illustrated manuscripts and textiles and explored by all types of artists: professional, non-professional, male, female, and everywhere in between.

Fountain House Gallery presented Angela Rogers, whose “poppets” are talismans and good luck charms. Influenced by a lifelong fascination with the occult, Rogers wove and wrapped objects in yarn, felt, plastic wrap and various other materials and adorned them with totemic objects, including antique coins, duck’s bill, and marbles amongst other items. These wrapped poppets present a method of divination for Rogers, harnessing spiritual power and insight.

Some of our other favorites included:

images // courtesy of the author

5 Must-See Booths at Art on Paper