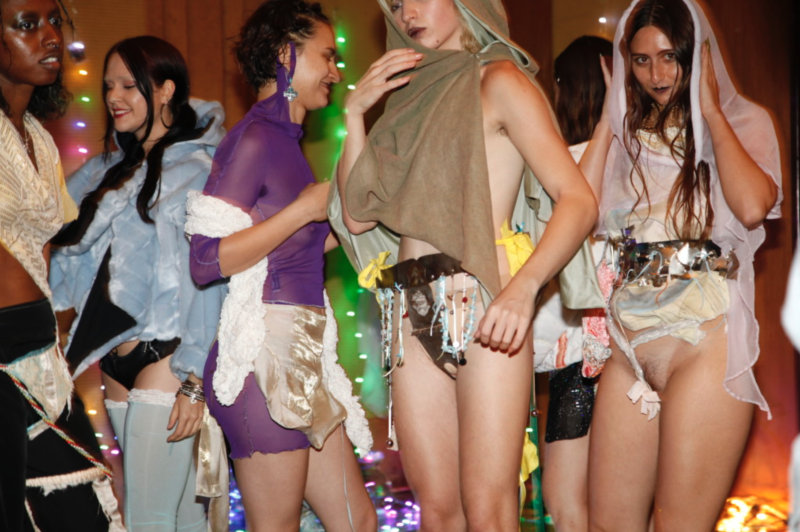 If your New Year’s resolution is to find more exciting things to do this year, look no further. Here is a list of events in the art world this week that you can’t miss:

Olaf Breuning and The Drawing Center’s Executive Director Brett Littman will discuss the artist’s new book. He will be signing copies following the conversation. Published by Verlag für moderne Kunst, the catalog surveys the last 20 years of Breuning’s idiosyncratic drawings

This will be the first solo show in New York by the Korean artist Kim Min Jung. Kim uses Hanji paper to “build” modern landscapes, depicting the modern city. The work of Kim demonstrates her foundation in the traditional Korean calligraphic arts as well as the influence of mid-20th Century abstract expressionism, both of which celebrate the ability to convey energy and spirit through the manipulation of line and practiced spontaneity.

In her third solo show with the gallery, Robyn O’Neil returns to the raw materials and tools that have endured to supply her simplest and most profound statements over the course of her career — large-format, graphite on paper. Much of O’Neil’s new work focuses on the head, groups of heads to be exact — men on the move, unaware of each other or where they might be headed, faces obscured and unseeing, incapable of escaping their destiny.

Event: The Art of Food at Sotheby’s

Join Food Network host and celebrity chef Geoffrey Zakarian and his wife Margaret Zakarian at Sotheby’s to celebrate the very best of the Upper East Side’s fine cuisine and outstanding art. Top chefs from New York’s most storied establishments will each create picturesque dishes inspired by art curated by Sotheby’s.

Utilizing performance, poetry, and music, the invited participants address mutual expression, community, and personal identity, resulting in a nonlinear narrative that touches on queerness, trans-feminine social dissonance, the othering of women, out identity, the symbolic connotations of garments, and collective consciousness.

The Astrology of Remedios Varo: How the Planets Influenced Her Artistic Creations