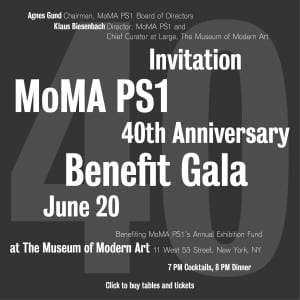 MoMA PS1 has officially been around for 40 years! The museum will be celebrating this milestone with a gala hosted at The Museum of Modern Art on Fifth Ave, and all proceeds from the event will go towards MoMA PS1’s Annual Exhibition Fund, which helps produce cutting edge and dynamic exhibits at the museum possible.

MoMA PS1, the event will take place at the Museum of Modern Art, 11 West 53rd St. 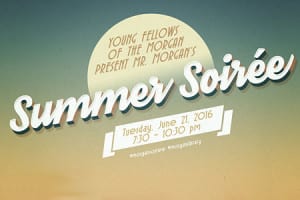 Morgan Library will be hosting its Young Fellow Summer Soiree in the beautiful Gilbert Court. The event will include, cocktails, music by DJ Flaxo, and a curator-led tour of their current exhibit Rembrandt’s First Masterpiece. All proceeds from the event will go to the production and upkeep of the operating library and museum.

Milk Gallery will be opening its heavy-hitting summer exhibit featuring the working of acclaimed contemporary photography, Planton. The show will address the issues, events, and consequences of the America’s involvement in the Iraq war, as well as honor the soldiers and their families.

As apart of the Tom Sachs installation Boombox Retrospective: 1999-2016, select Thursdays this summer a Brooklyn DJ will be preforming a live set at the Brooklyn Museum. This week TYGAPAW will be playing a mix of dancehall and pop beats, but don’t forget to get there early as the space will fill up quickly.

Of all years, this year seems like the year to put all of your plans aside and support the LGBTQ community during Gay Pride week. The Met has dedicated its weekly MetFriday event to the cause and will be hosting multiple events in the evening to help celebrate the important week. The evening will include a performance by the New York City Gay Men’s Chorus, a silent dance party, a talk on gender identity, and much much more. 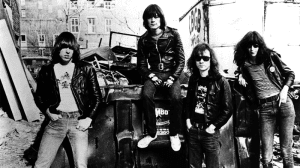 The Queens Museum will be celebrating its Ramones Mania exhibit, and book release of photographs by David Godlis, which includes images from the CBGB scene as well as of the Ramones themselves.  The event will include a punk flea market, film screenings of Rock’ n Roll High School and End of the Century: The Story of the Ramones, Q&A’s with the respective directors, as well as a book signing with David Godlis, and talk with Ramones tour manager Monte Melnick. Whether you are a Ramones die hard or just a general lover of the punk movement, there is bound to be a little something for everyone.