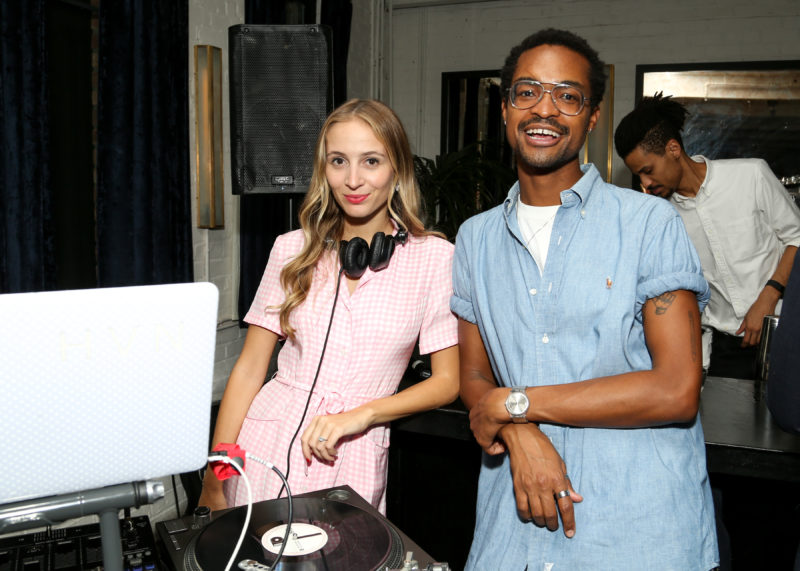 The evening began with cocktails and bites as guests had the opportunity to take part in a site-specific art project designed by a group of teens from Henry Street Settlement’s Abrons Arts Center and Expanded Horizons college success program. The project included Polaroid pictures and props from Daniel Arsham’s Future Relic film series using photography skills the students learned from Arsham when they visited his studio last week.

Guests were then treated to a special presentation of films from Arsham’s Future Relic film series which featured actors such as Mahershala Ali, James Franco, and Juliette Lewis. After the screening, guests had a chance to participate in a Q&A with Arsham and Tribeca Film Festival founder and Future Relic Executive Producer Jane Rosenthal.

Once the Q&A concluded, the after-party kicked off where music from DJ Harley Viera-Newton kept attendees dancing the night away.