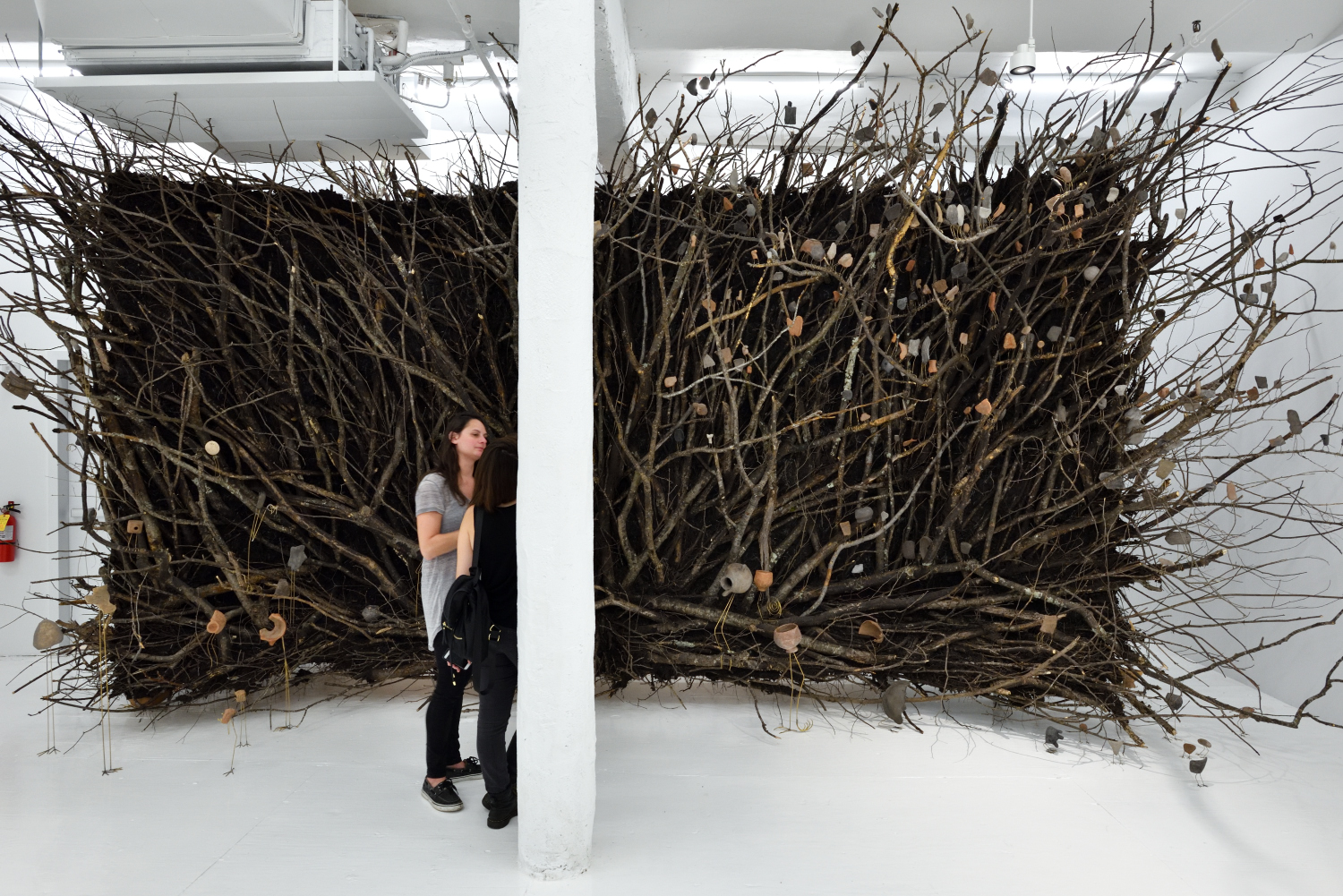 Last night, the New Museum continued its celebrations in honor of its 40th anniversary by packing the house with eager museum-goers who have been patiently waiting for the museum’s fall exhibitions.

The Museum presented “Alex Da Corte: Harvest Moon” as the debut installation in a new storefront window display in 231 Bowery. “Trigger: Gender as a Tool and a Weapon,” also opened alongside “Helen Johnson: Ends” in its Lobby Gallery, premiering a new series of paintings for the artist’s first exhibition in an American institution. These exhibitions join “Kahlil Joseph: Shadow Play” and “Petrit Halilaj: RU” which inaugurated the Museum’s South Galleries, the first phase of the Museum’s expansion into its adjacent building at 231 Bowery.

We can’t overlook the fact that attendees brought their A game in the fashion department. Straight out of a page from a magazine vibes, overheard at the opening, “This looks like a fashion week party.” Click here for the full photo album.

You can purchase tickets here.

Where to Have The Best Cocktails After a Museum Visit