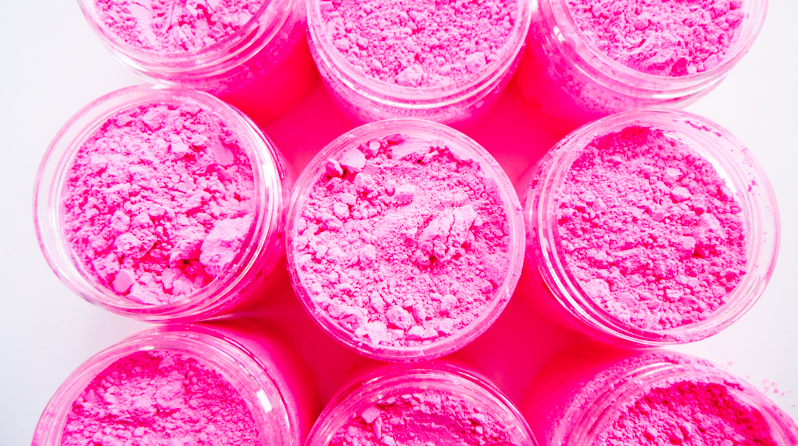 These past few months, we’ve had our eyes glued to the art world’s latest petty spat: Stuart Semple vs. Anish Kapoor. Popcorn in hand, we’re watching this go down the only way a true modern catfight goes down: on Instagram. Seriously, when there’s a hashtag about it, you know it’s for real.

Let’s catch you up: it all started after artist Anish Kapoor bought the exclusive rights to Vantablack, a pigment said to be the blackest shade of black ever created. It was developed by British company NanoSystems for military purposes and astronomy equipment, but the company allowed Kapoor to be the only artist able to use it. Plenty of artists want to work with this special pigment, but can’t. Because Kapoor won’t share.

Enter Stuart Semple: upset with Kapoor’s “selfishness,” he called on “rotter” Kapoor to #ShareTheBlack, employing a protest hashtag against the artist’s monopoly of the black shade. Kapoor, showing no remorse, then posted photos of his Vantablack use on Instagram.

In a video on his website, Semple explains: “I’m on a mission to share this with everyone I possibly can around the world, except for Anish Kapoor. I really don’t want him to get his hands on this … I think it’s really unfair [that he won’t share the black] … so I’ve come up with the idea that I’m going to share my pink with as many people as possible except Anish Kapoor.” Semple’s other videos call Kapoor a “rotter” and a “nasty human being.”

Kapoor threw major shade (of pink) right back at him with an Instagram photo, displaying a pink-pigment covered middle finger to show Semple that he obtained the pink anyway. Instagram commenters got in on the action, disappointed in Kapoor’s smugness and have since resurfaced #sharetheblack.

Fast-forward to this week. On Friday, Semple announced his newest product: Black V1.0 – the “better black.” According to his online shop, the product “create(s) a super-flat, ultra-black covering unlike any other. With just one coat almost any object (even really shiny ones) become super-black and reflect next to no light, giving a Vantastic black hole type effect.”

Notice the play on words: “better,” “unlike any other,” “Vantastic”? Kapoor: the ball is in your court!

The Hottest Looks from Art Basel 2016