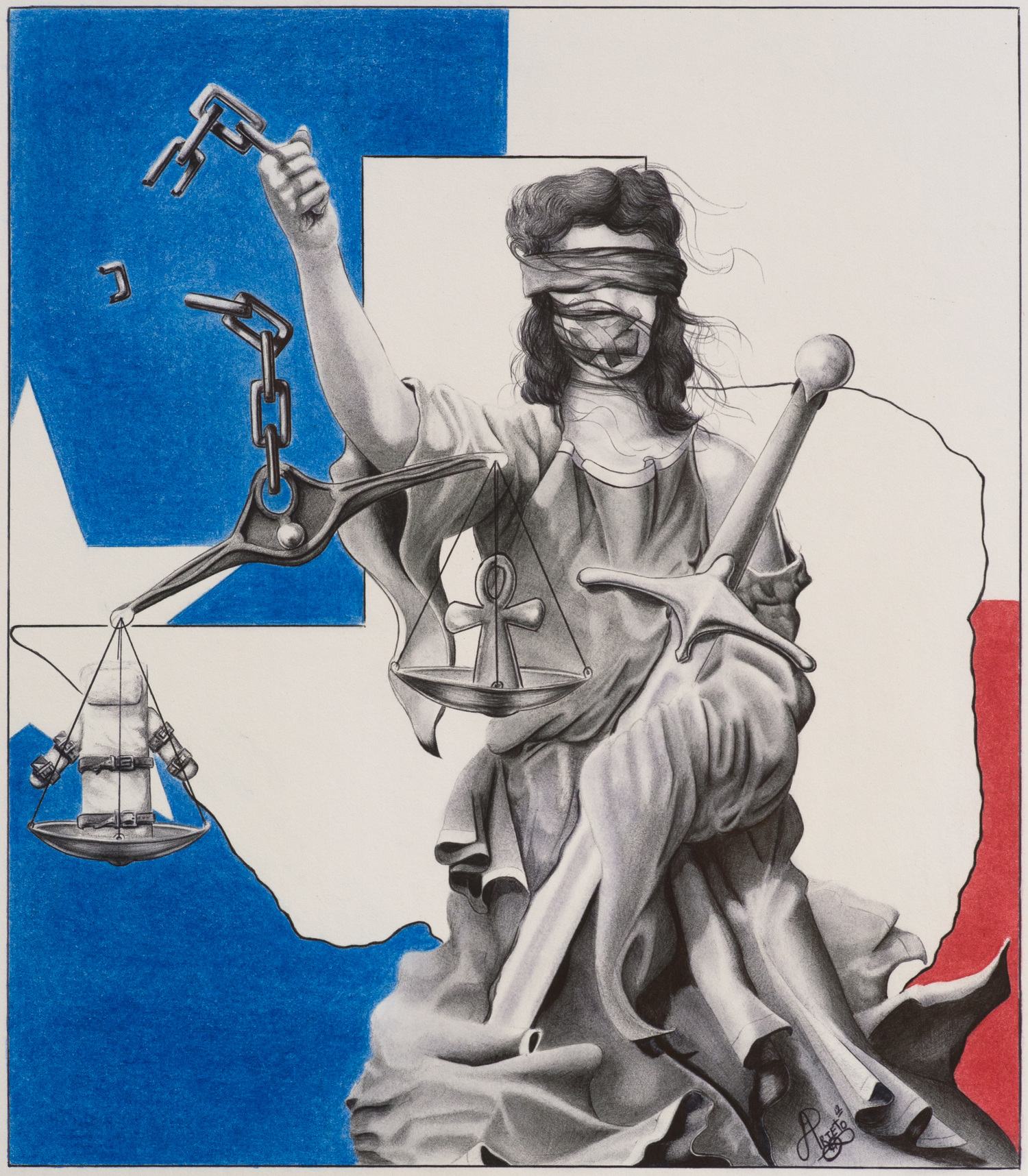 The visual arts have long served as an emotional outlet or a medium for catharsis in pretty much every culture around the globe; and yet, only in recent times have we seen art-making become an established form of psychotherapy. All over the world, hospitals, clinics, and correctional institutions have adopted art therapy as a means of rehabilitation for a broad range of health problems and mental disorders. For some, it remains a private means of dealing with individual trauma; but for a select few, their art has garnered them public recognition through exhibitions at galleries, especially through organizations that display the works of incarcerated artists such as Minutes Before Six and the Prison Arts Coalition.

Today we’d like to share some of our favorite pieces from artists who were, at some point in their lives, deemed unfit for society and unleashed their creativity behind bars. Some are still incarcerated, a few even awaiting execution. Whatever the sentence, their isolation seems to inspire a unique and genuine expression of life through art. See for yourself:

From Cashion’s statement about the painting: “Pouring acrylic paint on paper, I ended up with something that looks like a tear in reality, sort of like my currently messed up reality while I see something else outside of it.”

Ashton’s work maintains the theme of a series of drawings he created featuring classic automobiles surrounded by a chaotic urban scene. Here’s another one of his:

The automobiles, always centered in Ashton’s works, are almost tranquil among the absurdity and mayhem around them, possibly providing an apt metaphor encapsulating what it might be like to be imprisoned.

It’s uncommon to see abstract prison art; most incarcerated artists produce realistic portraits and landscapes, frequently depicting loved ones and religious figures. Davis, however, chooses an almost perfectly geometric, purely representational figure, offset only by its slightly askew positioning. This gentle tilt is all that is needed to create a sense of tension, maybe even frustration in Davis’ work.

As we mentioned, the bulk of the works we see by prison artists are portraits. But Angelmont gets creative with the background, setting the famed singer-songwriter in a manner reminiscent of the French impressionists. The detail in the feathers of Gaga’s wings displays an adroitness that certainly fights the stereotype of the typical inmate.

Whitaker’s mute-colored walls show a deft sense for blending, and using only a few objects, he creates a scene that is very subtle, though direct in its meaning.

From the artist’s statement: “I am an English teacher and poet/artist living in NM. I currently work with incarcerated populations. I am a collage artist, and my art speaks about my life and experiences.”

“On Death Row” by Armando Macias

In 2011, Armando Macias, a Pacoima gang member, was sentenced to death for the murder of a businessman. Macias and two other men had been hired by the victim’s sister to carry out the killing. Macias’ work, combined with its title, provides a chilling sense of the inevitability of death and the artist inching ever towards that inevitability.

In June 1995, Arnold Prieto was sentenced for the fatal stabbings of three people during a robbery. Prieto admitted killing one person but turned down a plea deal for a prison sentence if he would testify against one of his companions. Of the three men involved in the crime, Prieto was the only one to get the death penalty. He was executed on January 21, 2015.