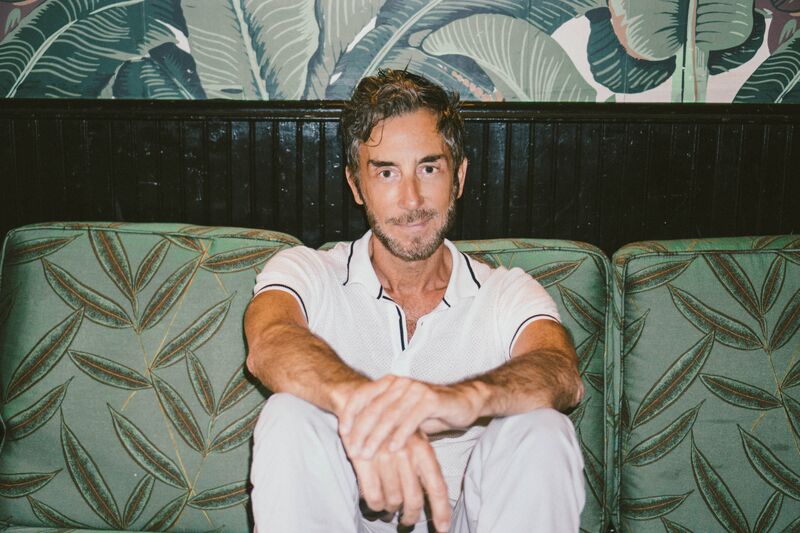 Jean-Marc Houmard started off as a waiter at Indochine and quickly worked his way to the top. Now running the show at  Indochine, as well as Acme, Tijuana Picnic and newly opened Tribal Hotel in Nicaragua, Jean-Marc gave us the scoop on why Indochine is the go-to for the art world.

Art Zealous: Can you tell us about, briefly, the history of Indochine

Jean-Marc: Indochine opened in 1984. The opening party was for Julian Schnabel and that bunch, you know, the downtown people of that time and it felt like everyone who was anyone at that time attended that dinner, so that really started the restaurant right away. I started there in 1986, as a waiter and then I became a manager, then a maître d’ so I was sitting all of these famous art people.

JM: I worked my way up, and then in 1992 my partners and myself bought the business, which was after the crash of Wall Street so the economy was down and the art world was down. No one was throwing parties anymore, so it was a tough time and but we decided it was the right time to buy the business and it took of a couple of years to revive it. It was really hard at the beginning but we revived and we just celebrated our 30 year anniversary last November. So, it’s kind of amazing and we feel very blessed.

AZ: Would you call it an institution?

JM: Yeah. It’s an institution almost, but an institution that still feels young, some old restaurants are institutions, but they feel dusty. I don’t think this is the case with Indochine. I think it feels very current and most nights it’s a lot of really young people.

AZ: So why do you think the creative industry flocks here?

JM: It’s hard to tell, but we’ve always cultivated the fashion and art world and somehow I think this stuff really has something to do with the all the creative kids bring life to the room. We don’t have a uniform so it shows personalities. I think the individuality of the staff makes it feel more intimate and special.  We’ve been around for so long and a lot of the staff has been here for a while. I’ve been here forever and I recognize people even if they haven’t been in 10 years. There’s something familiar that people appreciate it. In New York everything is always changing, so it’s kind of nice to know what you’re going to find when you come to Indochine.

AZ: Tell us about the interior of the restaurant

JM:  The interior hasn’t changed at all.  We have some artworks that were used in the book I did for the 25th anniversary we had artist friends like Francesco  Clemente and Kenny Scharf do the artwork for the book and we have the originals in the back and in the bathrooms.

AZ: How does art play a role in your life?

JM: I grew up actually making some art myself and I studied it some. So I always heard about the legends, Lichtenstein, Basquiat, Warhol, you know, the names that were bigger than life. Then they all came here which was kind of amazing to meet all those legendary artists. My first encounter with the art in New York was when I first started here, and I waited on Andy Warhol and that was like “Wow! I’m waiting on Andy Warhol!”

And Basquiat lived on Great Jones so he was here all the time. He came a lot alone actually so we bonded a little bit ‘cause this was his canteen. The art world has always been, like I said, an important part of our patrons. We do a lot of private events for galleries and it’s funny I remember Angela Westwater doing dinners here and I hadn’t seen here in almost 20 years and I ran into her last year and we knew we recognized each other. It’s funny when those, kind of relapses of time, there’s continuity when you’ve been around for so long.

AZ: Do you collect art yourself?

JM: I do a little bit.  I like to go to charity events, like we always do Coalition for the Homeless; we cater their events, so sometimes there’s some great art pieces that can be bought at their silent auctions.

AZ: Where gets you in the creative mood?

JM: Just kind of getting out and seeing what’s around. Even just going to dinner and sometimes you can find yourself in the middle of a table with people you wouldn’t meet otherwise. You know, it’s kind of fascinating sometimes to have new people at the same table and just realizing what they do, who they are, and how they kind of shape what’s going on in New York and in the world.

AZ: Any exciting projects coming up?

JM: I just opened a small hotel in Nicaragua, Tribal Hotel. A childhood friend from Switzerland and I have been vacationing there for several years and it felt like something new that hadn’t been overdone. It was a really fun, creative project because we didn’t use a designer or architect, we really did it from scratch, even all the furniture we designed ourselves and had it made by local artisans.