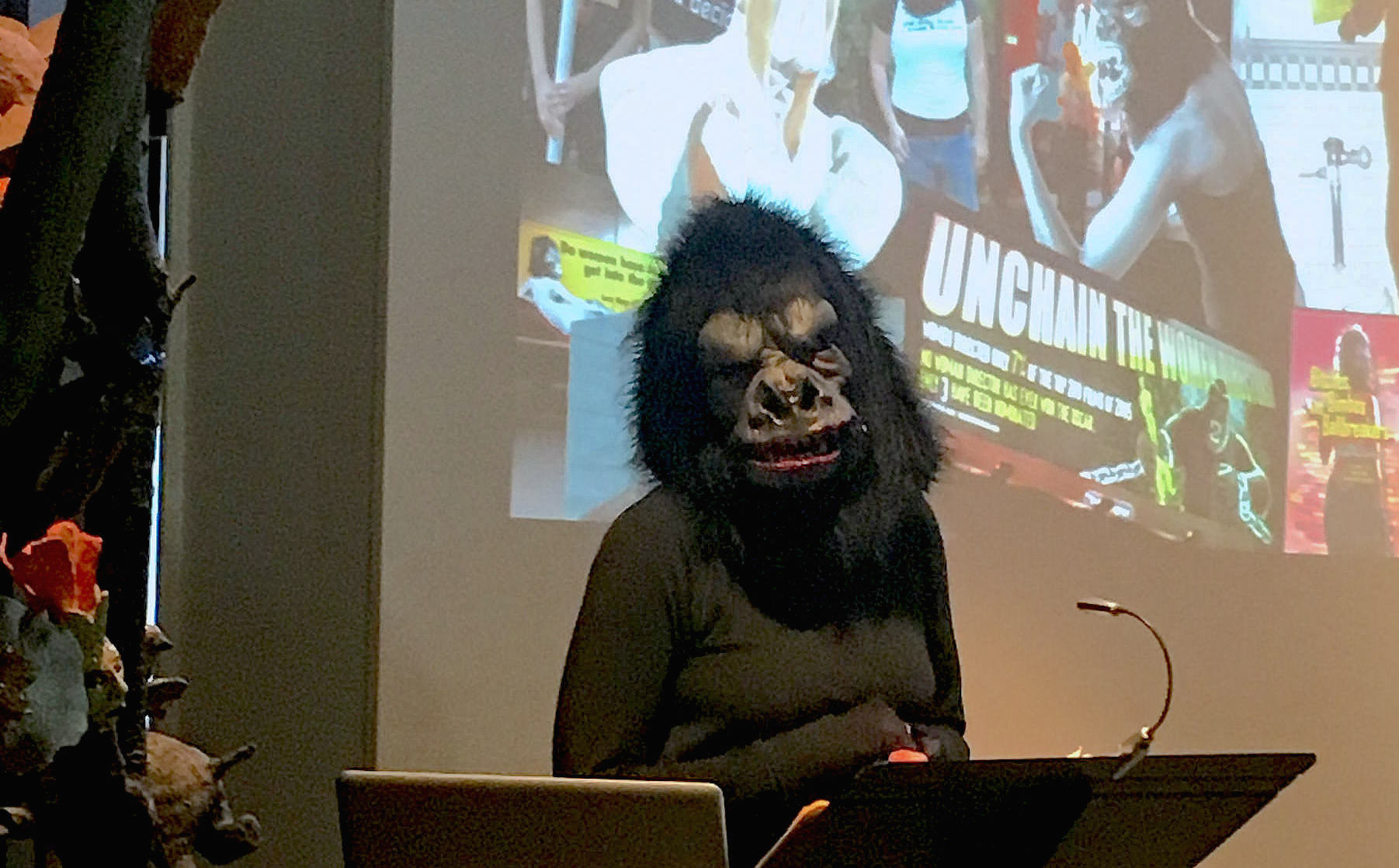 At Art Zealous, we love art – whether created by a woman, a man, an African-American, Latino, or LGBTQ person. Strong art is strong art: we love it all equally. So when the legendary Guerrilla Girls recently opened our eyes to some pretty staggering statistics about our beloved art world, we took notice.

The Guerrilla Girls are an anonymous group of protesters who don gorilla masks and use guerrilla tactics to fight sexism and racism within the art world. In a presentation at ArtsWestchester (Westchester, NY), two of its members shined a light on imbalances within the high art industry. Specifically, they focused on the unbalanced ratio of male to female artists on display in major museums.

They didn’t denigrate the works of male artists but instead voiced concern about the lack of women artists who are represented in the same museums that generously display the works of those men. In 2012, less than 4% of the artists exhibited in the modern art sections of the Metropolitan Museum of Art were women, yet 76% of the nudes were female.

The Guerrilla Girls suggested that we (women AND men) should “complain, complain, complain, but be creative complainer(s)” and that we “should not be afraid of using the F word – feminism,” because “feminism is changing the world, but there’s still so much to do.” The number of women in solo shows in New York City’s major museums was zero or one each in 1985; and only one to two each in 2015. They added, “no one is free until everyone is free.”

They asserted that expressing the narrative of our collective history predominantly through the works of only men (or only white) artists neglects to tell the full history of our culture. A large piece of the overall perspective is missing when the story isn’t told by the whole of the society for which it is speaking. They continued, “[Women] can’t take it personally. It’s the system that needs to change.”

So, we at Art Zealous urge you all to take in the work of some female artists (and yes, some male artists, too). National Women’s History Month may be over, but that doesn’t mean we shouldn’t appreciate the work of some talented women this month, and all year ‘round, as well!

Ask the Collector with Holly Hager: Collecting 101—Your Eye and Your Gut

“Today I Feel Electric Grey, I Hope Tomorrow Neon Black” Vernon O’Meally on Intangible Forces And Flowers For All Occasions