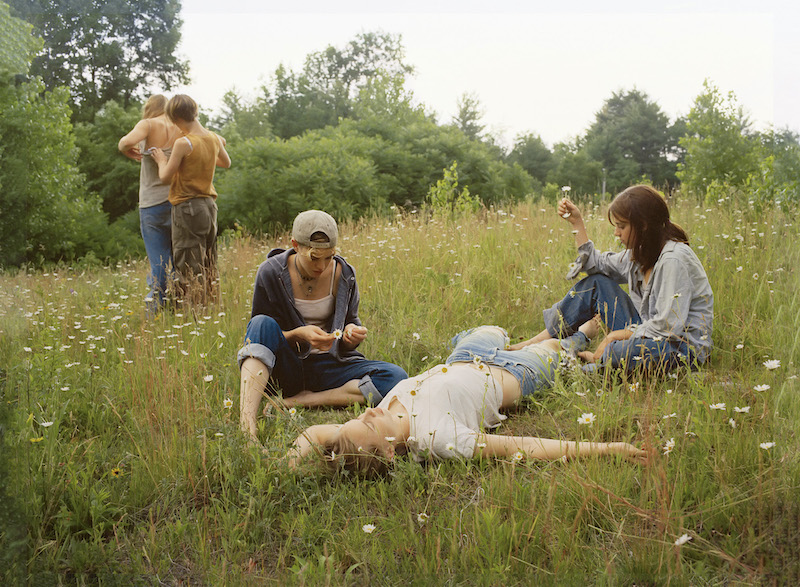 In the new book “Girl Pictures” by Justine Kurland, teenage girls subvert the masculine in the myth of the American frontier.

“The girls were rebelling. The girls were acting out. The girls had run away from home, that much was clear. They were trying on a version of themselves that the world had thus far shown them was “boy.” . . . Cowboys, sailors, pirates, hitchhikers, hobos, train hoppers, explorers, catchers in the rye, lords of the flies—you name it, all the dominion of boys. If you wanted a place in the narrative, you had to imagine yourself inside of it.”

Taken between 1997 and 2012 while on the road, photographer Justine Kurland created an iconic series of images capturing teenage girls reclaiming the unbridled, romanticized and patriarchal nature of the American wilderness. Now, more than 20 years since the first photographs were taken, they will be released in a book published by Aperture. Photography and text is by Justine Kurland, with story by Rebecca Bengal.

The girls are staged by Kurland as “a standing army of teenaged runaways in resistance to patriarchal ideals.” They drape over each other wistfully in the empty parking lot of a Toys R Us; like wild forest creatures, they balance on river rocks near the mouth of a drainage pipe. Near the bank of a pond, they groom leeches off each other amongst the tall grass.

Justine Kurland was born in Warsaw, New York, 1969. She received a BFA from the School of Visual Arts and an MFA from Yale University. Her work is in the public collections of the Whitney Museum of American Art, Guggenheim Museum, and International Center of Photography, New York, among other institutions.

Rebecca Bengal writes short stories, essays, and long-form narrative, frequently about photography. Her work has been published by the New Yorker, Bookforum, Paris Review, Vogue, and the New York Times, among others.

Girl Pictures by Justine Kurland
$50, published by Aperture
May 2020

The Most Famous Artist is Dominating the Interweb

The New Museum Teams Up With Ruinart for Mixed Reality