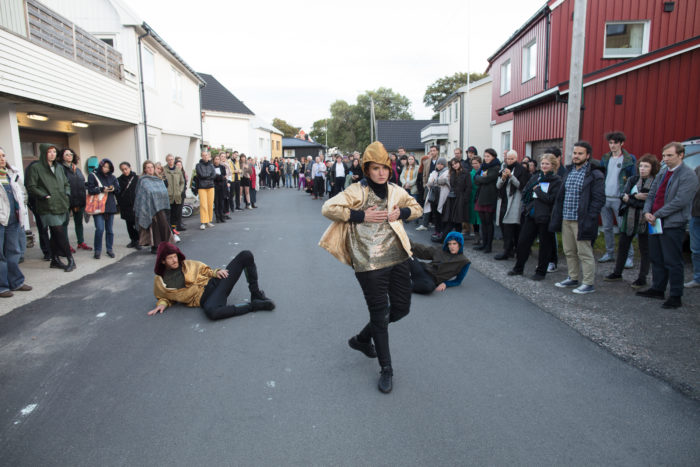 Josie Hines is the co-founder of Art Frankly, a platform for the art world to find and post jobs, spaces and discover other opportunities. Art Frankly is the one stop shop for your art world needs and we’re big fans.

So naturally, when the Art Zealous editorial team found out Hines was off to Norway to check out the Lofoten International Art Festival, we convinced him to write about his journey. *Score.*

“I flew into Oslo from New York for my first visit to Norway. The beauty of the harbor, opera house and people are, to a degree, like one might find in Copenhagen and Stockholm, the two other capitals of Scandinavia (although Oslo’s temperament is a bit more subdued). The view from the white marble opera house is especially stunning on the roof, which visitors are invited to climb. 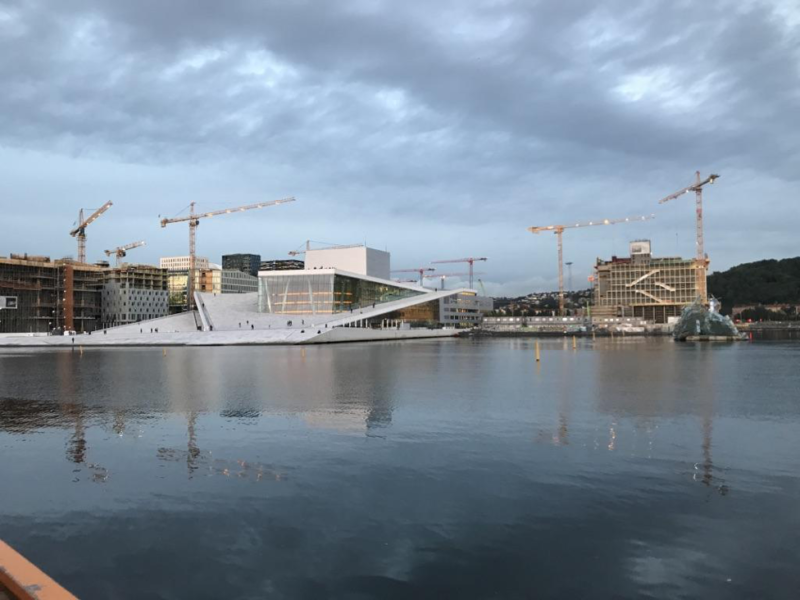 The National Gallery provided a perfect afternoon activity as I tried to beat my jet lag and not miss out on this clean and efficient city, especially as Thursday entrance is free. Free is otherwise not a theme in this country where coffees start at $5 and simple sandwiches (including the local favorite fishburger) can run north of $20. At the National Gallery, between Munch’s ‘The Scream’ and other Norwegian and Danish gems, there is more than enough to fill a few good hours.

But Oslo was just a stopover on my trip up to the far north of Norway to cover the Lofoten International Art Festival (LIAF 2017). This leg of the journey took two flights in propeller planes for roughly 3 hours total: Oslo-Bodø-Svolvær.  Located above the Arctic Circle, the Lofoten Islands are an archipelago with a rich history of cod fishing and whaling but also of art. The 2017 rendition is hosted in the tiny village of Henningsvær. 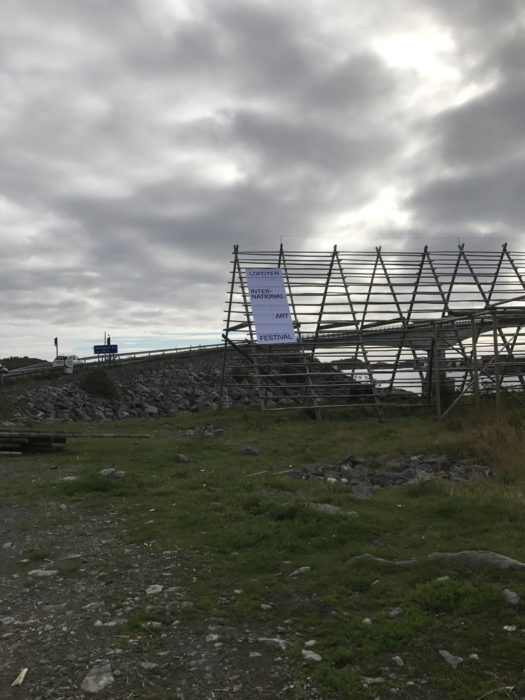 LIAF 2017 in Henningsvær is curated by Milena Hoegsberg and Heidi Ballet with help from assistant curator Alison Powell Karasyk. They titled this year’s festival ‘I Taste the Future.’ As the curators eloquently express:

“The times we are living in could be the setting of a dystopian novel. Ice caps are melting, islands are disappearing due to rising water levels and large sections of the 25-million-year-old Great Barrier Reef off the coast of Australia are dying. All the while, the economic machinery that is causing our planet’s demise presses forward.”

This statement links perfectly with the backdrop of Henningsvær, where the very way of life is threatened by the effects of climate change, despite Norway’s world-leading work to become not only carbon neutral but completely powered by renewable energy (99% from hydro power as of 2016). The festival includes many powerful works of art and performances that speak to the past, present and future — re-engaging “the idea of the ‘future’ without succumbing to apocalyptic thinking.” My personal favorites include written works by Youmna Chlala, and performances by Eglė Budvytytė, and Adam Linder and activated by Stine Janvin Motland.

The experience of LIAF 2017 is a transformative one. The combination of the multi-media art on display in multiple locations (all within easy walking distance) with Henningsvær’s natural environment is touching, shocking and other-worldly.  It left me with much food for thought.

The rain was intermittent, and the temperature in early September hovered between 40 and 60 degrees Fahrenheit, so pack some sweaters and jackets!  We did have one day in the mid 70’s, prompting our innkeepers to close the front office at noon.

The inn is a row of fishermen’s cabins right on the water, called “rorbuer’ or sea-houses ($180-$250 per night). In the old days, up to 10 fishermen would stay in one cabin without the modern amenities I enjoyed.  But even that was an upgrade from earlier times when the fishermen would simply flip their open-air boats on the shore and sleep underneath them on wool blankets until the sun rose for another rough day at sea (in the dead of winter, no less).

As I mentioned, everything in Norway costs a lot. A 20-minute cab ride will run you $100. Beers at the local pub cost over $12 and dinner out will never be less than $70pp at the nicer locations. That said, the best restaurant in Henningsvær is agreed to be Fiskekrogen, where whale is on the menu and is quite tasty.

Despite most Westerner’s aversion to eating whale, in Norway whaling is highly regulated to ensure the maintenance of minke whale populations, but no one would blame you for skipping the dish. I would suggest bringing your favorite libations with you from home in your check-in to save money, as well as buying local groceries to cook meals in the rorbus’ private kitchens. I rented a car as well, at around $100 per day.

There is much to do and see besides the art festival. The Lofotens landscape is breathtakingly magnificent and surreal. Mountains towering up from the sea offer picturesque scenery that seems more Game of Thrones than the dynamic fishing center that it is. A kayak trip in the nearby waters is a must, but only for experienced kayakers as the water is cold, the tide fast and lack of slow-down courtesy from the local fishing boats can make for a wavy ride. An enjoyable 90-minute drive to Eggum, and it was time for an easy hike around the shoreline that faces the open ocean. A quick stop on the way to experience Dan Graham’s Untitled piece is obligatory.

A history lesson awaits adventurers on the Eggum shoreline: the Nazi war machine invaded Norway and in 1943 set up a radar station to track Allied ships headed to Murmansk to supply Russia under the Lend-Lease program. Upon spotting the supply ships, the Germans would indicate locations to waiting U-boats that would, in turn, do their best to sink them.

En route back to Oslo I chose to take the ferry from Svolvær to Bodø. It is a roughly three-and-a-half-hour journey, and well worth it for the experience. From Bodø, I flew back to Oslo, but not before watching two NATO fighter jets taking off from the parallel military runway. 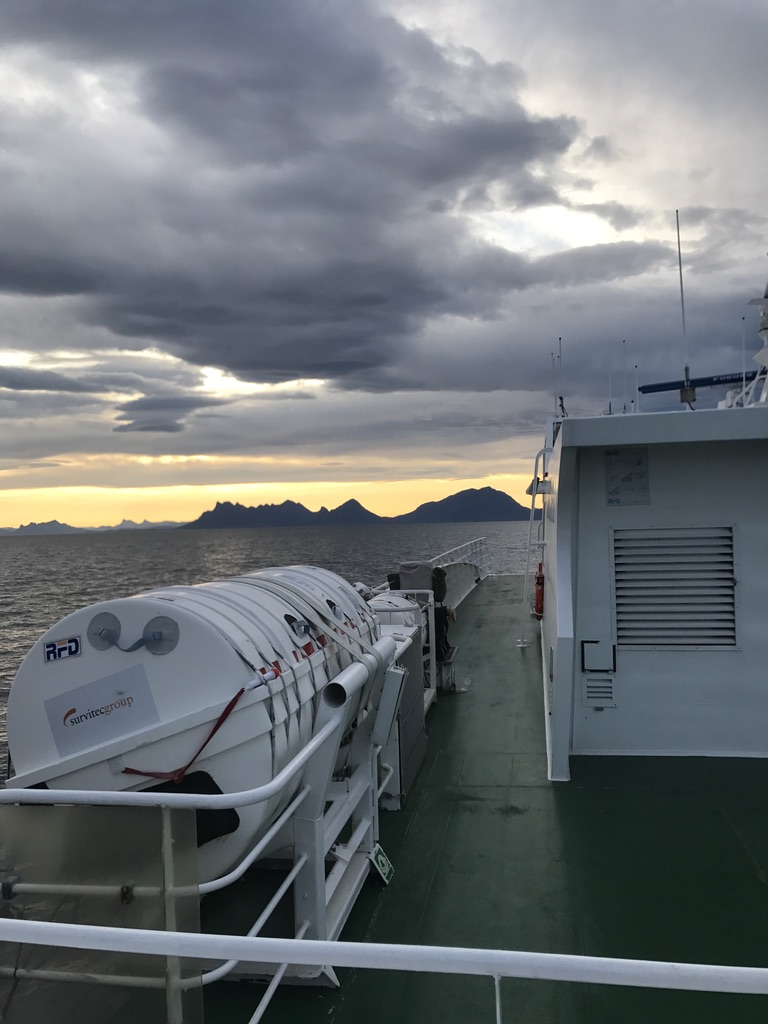 I highly suggest the trip to visit LIAF 2017 this month for any lovers of art, travel or both. The festival is open through October 1st.

The Art and Astrology of Odilon Redon