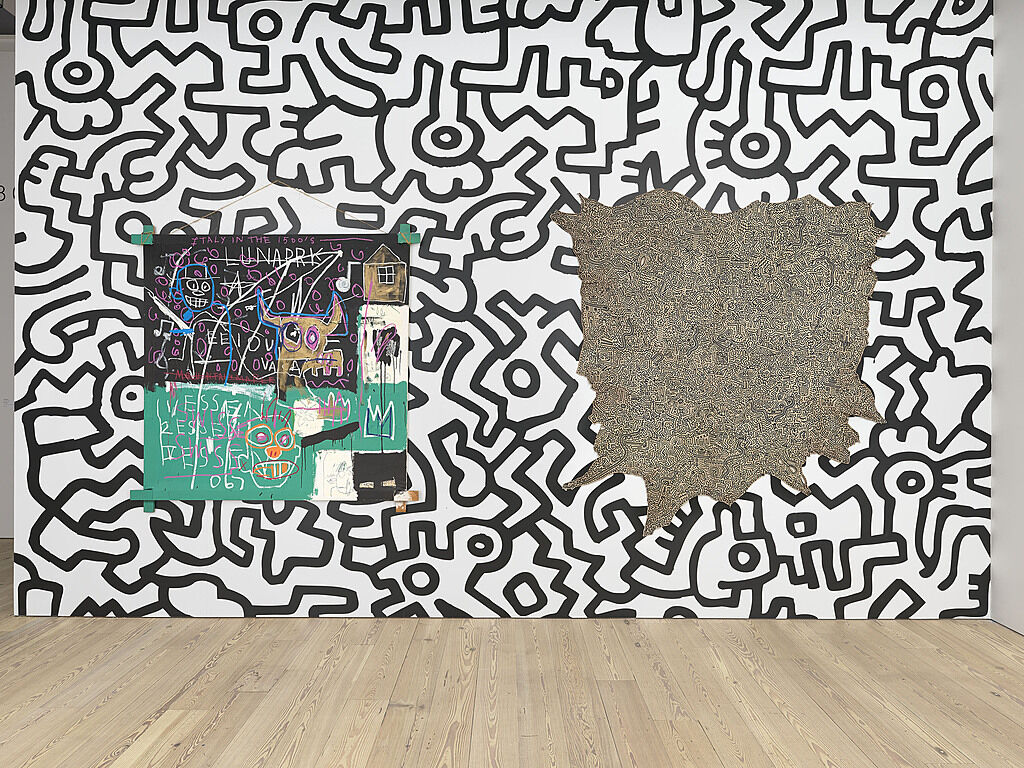 Editor’s note: dating during a pandemic poses certain social and spacial obstacles – especially for those who prefer to spend time with their suitors at cultural institutions, like museums and gallery shows. These environments provide opportunities for cultural mavens to suss out their dates: are they curious? Surprisingly knowledgable? Woefully clueless when it comes to the nuances of materiality?

Art world professionals and hobbyists alike have themselves been struggling to keep up with the massive influx of digital content replacing our usual IRL exhibition outings. Can casual dating stand the test of interactive platforms, slow loading speeds, and choppy video interviews?

It’s a Thursday night in quarantine and frankly, I was feeling thirsty: thirsty for art, and thirsty for a date. I turned to my favorite black hole, the internet, which I’ve been frequenting a lot more lately to find something to quench my thirst.

The internet came through again for me, in more ways than one. It not only led me to my sweet spot, TimeOut, where I found a comprehensive list of virtual museum tours, but it, or rather, technology, also gave me my guest for the night: a guy I had met on a dating app and have been casually dating during the 10 weeks (…but who’s counting?!) of quarantine.

As someone who used to work in special events at the Whitney Museum of American Art, I was well-versed in how to make yourself sound impressively smart when discussing art at a museum exhibit with a date. I recalled learning about the relationship between artists in the ‘80s, a tumultuous political time rife with public health concerns, from my experience working at the museum during the small but mighty exhibition titled Fast Forward: Painting from the 1980s. As soon as I got off the elevator to the 8th floor, I was greeted by two prolific street artists who created their own language of now recognizable symbols: Jean-Michel Basquiat (1960-88) and Keith Haring (1958-90).

The paintings seemed to be in conversation with each other, which I learned, was intentional as the two artists were indeed friends, in addition to contemporaries. Haring and Basquiat found companionship and a shared mission for social justice, both had their young lives cut short just two years apart from each other.

Their legacies and friendship live on through their iconic symbols as the two took inspiration from each other, a theme that is explored in my chosen first virtual museum experience: Keith Haring | Jean-Michel Basquiat: Crossing Lines. Presented by the National Gallery of Victoria, located in Melbourne, the exhibition originally ran from December 1, 2019 and was scheduled to close on April 13, 2020. Due to the COVID-19 outbreak, the museum has been closed temporarily since March. Lucky for me, the show and all 200 works included in the physical space, had been moved to a virtual 3D experience powered by Matterport.

Thus, I was able to show off my ‘80s art knowledge as I was my date’s own private audio guide and could recreate, digitally, the feeling of bringing my date on a private tour, in the absence of crowds, of the show. It was not only my first virtual museum experience but also my first time utilizing the screen share feature of Zoom.

Mercury may not be retrograde yet but I felt the technology #fail as I awkwardly ended the meeting before even beginning it. After a quick Google search of how to not do that again, and asking multiple times if my date could see my screen and hear me (“can you hear me now?!”), we embarked on our unique and refreshingly chronological journey.

We began in the exhibition entrance filled with black walls, an exhibition summary wall text, and a giant inkjet print of street graffiti stating that “SAMO© IS DEAD.” The photo was taken by a young Swiss New Yorker at the time, Vijya Kern (1965-) who became fascinated with the mysterious symbols and poetry that began appearing throughout New York in 1980.

Turns out, he wasn’t the only one enamored with the works, which were created by Basquiat and his then-collaborator, Al Diaz. After the two had a falling out, SAMO©, which stood for “Same Ol’ Shit,” was declared dead but a new friendship was born: that between Basquiat and Haring, who met at Manhattan’s School of Visual Arts a year earlier.

As we progressed through the hallway filled with video projections of Haring and Basquiat filmed in the midst of creating their street magic, we were led to an interactive video feature that you could click on to view the full movie. The video showed archival news footage of Haring drawing with white chalk on a black square of New York city subway ad at Penn Station 34th St. It was inspiring to see public art being created in such a desolate part of New York City currently.

This theme of beauty in ugliness, of sharing art for free to the world, of sending a message to all for free, was carried throughout the show and left me with a sense of optimism for the future. It was also enlightening to see the beginnings of the two artists’ iconic symbols: Haring’s barking dog and crawling baby and Basquiat’s crowns and copyrights, both reflected in their street art and referenced throughout the works of their careers.

The expansive show was impressive in its scale and variety of mediums used in pieces from both artists. Unfortunately, the technical aspects were not up to par with the incredible works and breadth of knowledge in the show. Aside from the Youtube-connected videos, most pieces with an interactive feature did not work, mainly the Audio Guide feature. The audio didn’t play on my iPad and I later realized that the clickable guide is actually above the video player on the exhibition homepage.

I’m not sure if it’s different on a desktop – the video itself wouldn’t load on my ancient laptop so thus I resorted to my iPad and being my own audio guide. It was also impossible to zoom in on the wall labels on the interactive exhibition however there is an accompanying exhibition guide that you can download on the website.

I did make a point to zoom in on the entry wall text for each room (and ask my date if he was done reading yet after I finished about 30 seconds before him each time). There also wasn’t a clear path to follow throughout the show, however, the path I chose did mimic how I would normally perform in a museum space — going at my own pace and quickly towards things that caught my eye.

This was too much for my date to handle at times as he often described my clicking through too quickly as a “rollercoaster” ride and had to look away before he got dizzy.

However, despite all of this, the show was a ride I would gladly take again. It was encouraging to see what the future likely holds for the arts. Artists of marginalized backgrounds coming together during tough social and political times to create art to memorialize the moment in time, one which we are seeing repeated now. Haring specifically dealt with issues associated with the AIDS epidemic, which would later claim his life. Basquiat’s talent and life was lost in a heroin overdose. Both of these public health epidemics were largely dismissed by the government at the time, only to be confronted once numbers became higher and more data was released.

Sound familiar? During this trying time, I am constantly amazed at how adaptable humans and institutions can be. Museums have been forced to figure out new ways to connect with visitors through online viewing rooms, exhibitions, classes, workshops, talks, even coloring pages.

I have always been someone who feeds off of the energy of others and this has made dating difficult, particularly now when I can’t physically be in the same space with them. My date was over two hours long and would have been longer if we had decided to play each video and audio guide properly.

A self-described “cliché bro” who didn’t know anything about these two artists before this, it was encouraging to be able to guide him through the power of art and introduce him to such an important facet of my life. This has always been one of my favorite aspects of taking a date to a museum event – showing them that art is so much more than just a visual medium.

The messages and emotions that it evokes in the viewers transcend space and time. To be able to express these sentiments out loud, albeit through AirPods and with no audio or wall texts to guide me, was freeing. Alone with my screen, though with another viewer hundreds of miles away, I was able to connect the symbols and relationship that Haring and Basquiat created with that of the activism and ingenuity stemming from this time of political and economic turmoil.

Everyone always says that history repeats itself — SAMO© that never dies. There is a sense of restlessness prevalent throughout society right now but for just a few hours, I felt at peace as I escaped into a familiar space, that of a museum presenting timeless cultural artifacts that will continue to take on new symbolism for many years to come.

Heavenly Bodies Surpasses One Million Visitors at The Met