Snarkitecture, the studio founded by Alex Mustonen and artist Daniel Arsham, has a lot of to celebrate this year. From their recently released book to their 10-year anniversary of the studio’s practice, the Snarkitecture team certainly has their plates full. Perhaps one of the most exciting projects to happen this year is Fun House, Snarkitecture’s first comprehensive museum show at The National Building Museum.

Fun House, which opened on July 4, 2018, transforms the Museum’s Great Hall atrium into an interactive experience. The show is presented with a Snarkitecture-designed house, a freestanding structure that recalls and re-imagines the idea of the traditional house of our childhood.

Fun House invites visitors to open doors in different rooms with surprises behind each one. The exhibition includes a sequence of interactive rooms featuring well-known Snarkitecture environments and objects that visitors can explore, as well as new concepts developed for the Museum. As visitors walk through the house, the rooms convey the ten-year story of Snarkitecture while underlining the studio’s peculiar, yet accessible way of reinterpreting the built environment. The house also features a front and backyard with “outdoor” activities that visitors will recognize.

We managed to snag 5 minutes with Snarkitecture team to discuss Fun House and the incredible year they’ve had thus far. 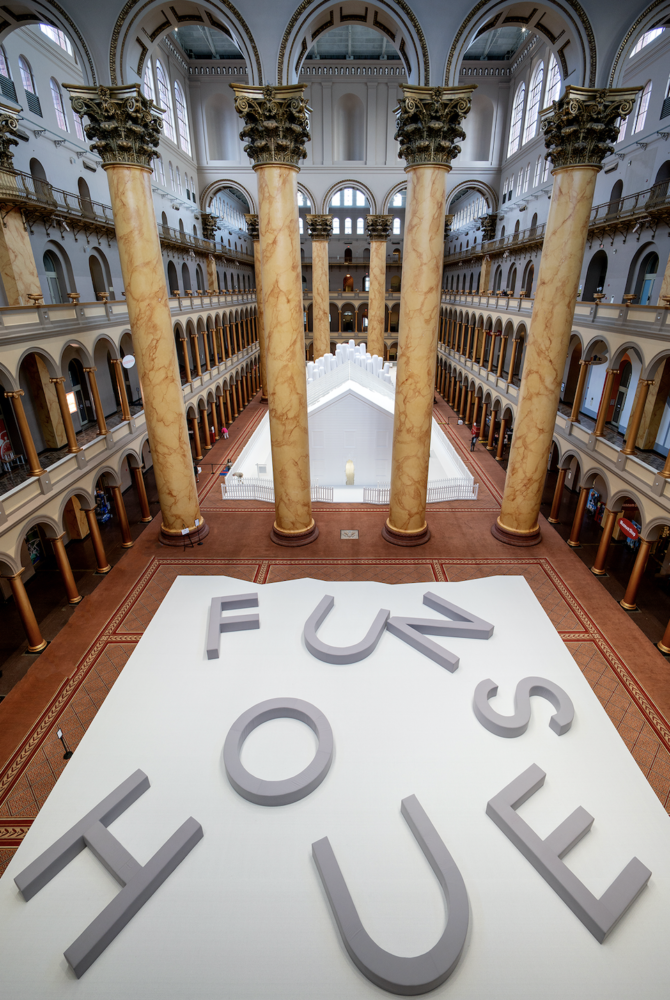 It’s been a big year for Snarkitecture. You came out with a book, this is first comprehensive museum show and you’re celebrating the 10-year-anniversary of the studio’s practice. Level with us- that must feel pretty f*cking incredible?

Yes, it’s definitely been an exciting year. The book and the exhibit were great opportunities that allowed us to share Snarkitecture’s work with a larger audience than other projects. Both projects also gave us an excuse to put our heads down and re-examine ten years of work. We don’t typically carve out time to review past work, so the process was an especially rewarding experience.

We are huge fans of your 2015 installation of The BEACH, which created record attendance for the National Building Museum, why do you think viewers gravitated towards that piece so much?
When The BEACH was initially exhibited in DC, I think part of the appeal was related to weather in Washington DC.  Summers in DC are hot and humid, and it’s a three-hour drive to the actual beach. However, since The BEACH DC, the project has traveled and been similarly successful in each location — everywhere from Paris to Bangkok. Ultimately, the concept of the beach is universally shared across cultures and generations.

We love your use of scale in your work, particularly in Fun House. It reminds us of when we were kids and scale was an abstruse concept. Is there something from your childhood that you’ve encountered in your adult life that feels so small to you now?

Everything? We’re at work trying to re-scale and reimagine many of these experiences for both adults and children alike. Playhouse is an instance of uniting two scales in a single experience, inviting people to re-examine that relationship with scale. 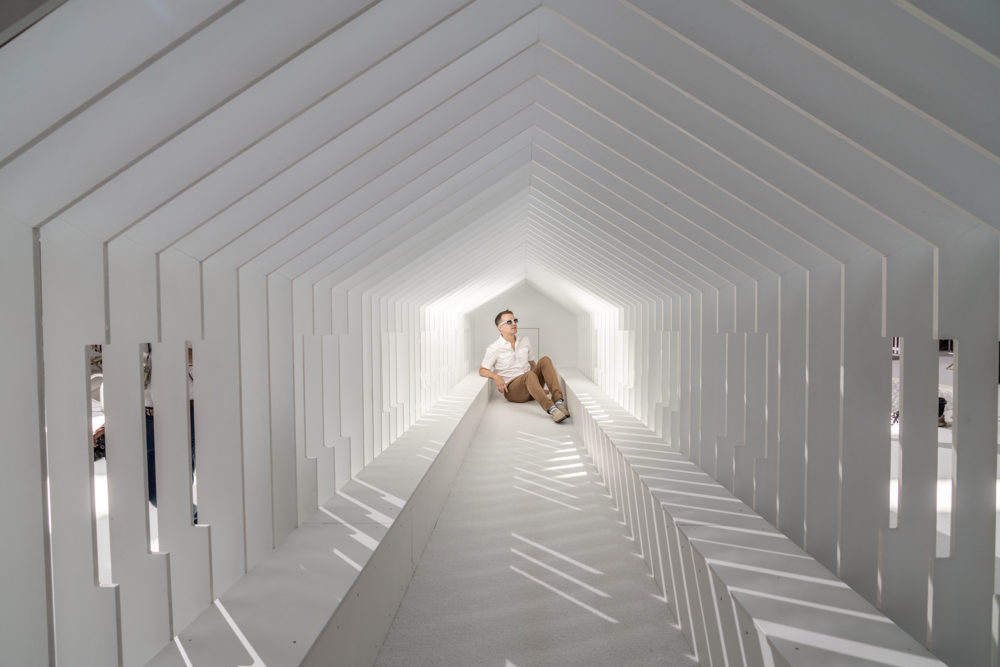 Fun House’ is series of interactive rooms, some with fragile design object,  was there a particular part of this project that proved to be more difficult than anticipated?

After ten years of projects, we knew we couldn’t include everything in Fun House, and narrowing it down was harder than we’d anticipated. Regarding fragile design objects, we wanted to make sure that the projects we did select would survive two months of heavy traffic. We made an effort to work with durable materials.

Rather than relying on standard museum barriers(e.g. stanchions or glass), we actually hope that visitors feel compelled to interact with the installations inside Fun House. Marble Run, like many of the installations, relies on visitor engagement — that’s a key part of Fun House. 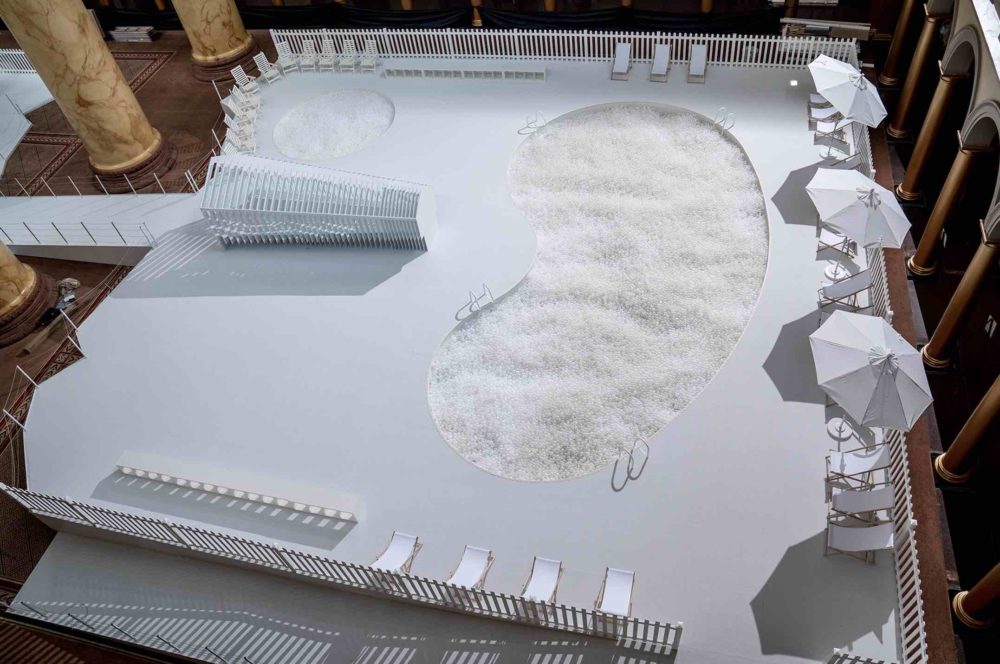 Fun House is on view at the National Building Museum July 4 through September 3, 2018.