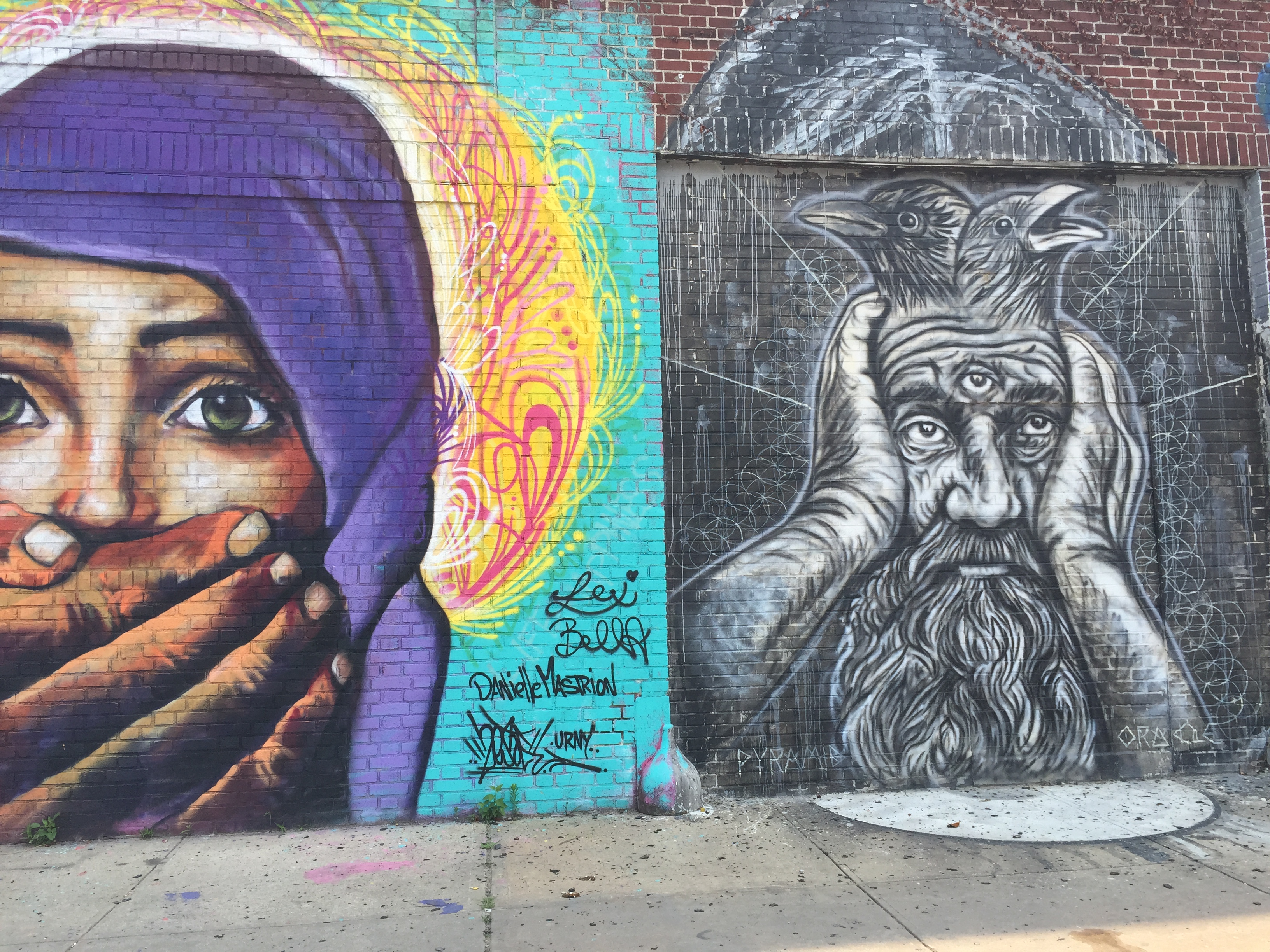 Along the outskirts of Astoria, Queens, amidst its booming arts scene, the area of Welling Court proudly displays the murals of legendary and emerging artists – from around the world and from its own backyard. The Welling Court Mural Project (WCMP), organized and maintained by Ad Hoc Art (AHA), has taken off since its 2009 inception and now features hundreds of site-specific works each year, when artists come together to transform the neighborhood into a creative celebration of public art.

Murals take over the streets and overflow from the walls, both literally and figuratively. The heart and efforts behind the works seemingly has seeped into the neighborhood – the project is 98% volunteer-based: artists donate their work, Ad Hoc Art donates its time and local businesses donate their resources. “Public art should be a no-brainer for any community that wants to create cohesion and positive outcomes,” says Ad Hoc Art Director Garrison Buxton. The result is a colorful, vivacious and booming display of extraordinary talent.

The community plays a part as well. Artist Alice Mizrachi, whose work is displayed in Welling Court, explains: “Creating art in public spaces engages community whether they participate in it or not. It creates a dialogue between the viewer, the piece, the artist and the collective consciousness.”

According to Buxton, “[Ad Hoc Art] plans to continue the project as long as it is wanted, needed, and supported by the community.” AHA is in the process of pursuing funding for WCMP through public and private partnerships that will allow it to be fiscally sustainable over the long term.

Its future looks bright. Unlike its counterpart, legendary street art site 5Pointz – which was tragically whitewashed in 2013 – the murals at WCMP are on many separate properties, each owned by supportive property owners. Should one owner back out, the others can continue on. So, we can expect to see the project thrive for years to come. After all, it is a perfect demonstration of how art and community can come together with common goals and amazing, positive results.