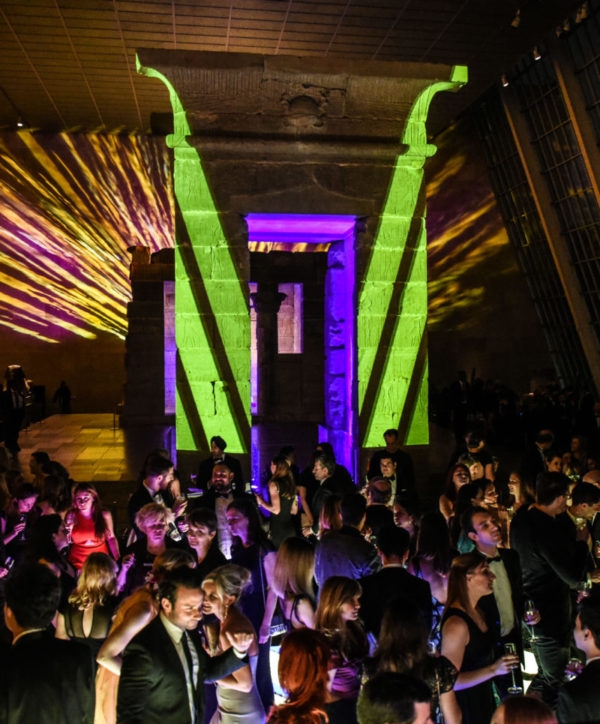 On November 9th, The Metropolitan Museum of Art’s young supporters group, The Apollo Circle, hosted their annual Benefit. Over 1,000 attendees enjoyed cocktails and beats by Grandmaster Flash. The evening which took place at The Temple of Dendur’s Sackler Wing also included a projection design by artist Katherine Bernhardt which was inspired by her travels to Egypt and Egyptian art. The evening raises funds for The Met Apollo Circle Fund for Art Conservation.

Eric Blair-Joannou, a Benefit Committee member and docent at the Museum spoke to Art Zealous and said, “Of the many stakeholders at the Met, the Apollo Circle is one of the most crucial, in its cultivation of the Museum’s next generation of patrons, donors, and simply fans. Via truly unique programming and unbridled access, the Apollo Circle affords young New Yorkers the opportunity to develop an unusually close relationship with its host institution.”

Learn more about The Met’s Apollo Circle or email apollo.circle@metmuseum.org.

All images courtesy of The Metropolitan Museum of Art.com/BFA