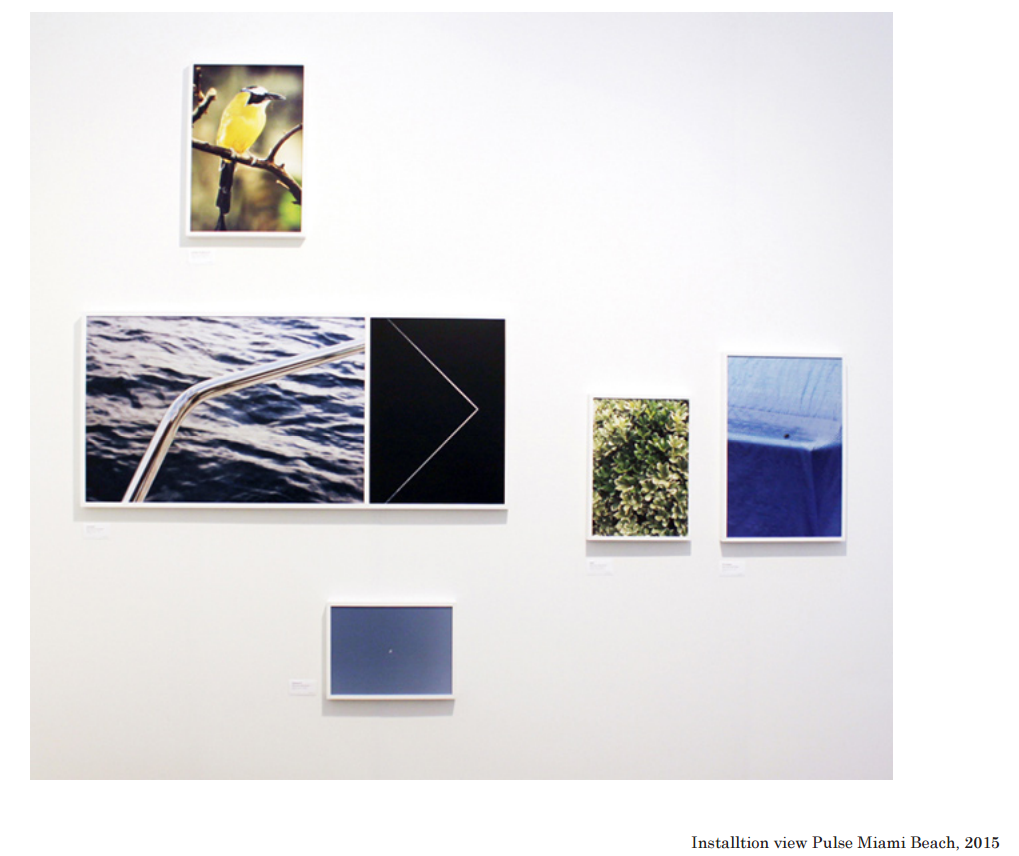 Photographer Ryan James MacFarland’s aesthetic is minimal, seductive, and peculiar. The Florida native grew up taking art classes but didn’t dive into photography until age 17, when he discovered the medium to be his primary method of expression. Like many great photographers, MacFarland is curious about and obsessed with the physical world around him and fell in love with photography because of the way it allows us to document things that are tangible, raw, and real.

Forget the fact that he attended the Tisch School of Arts at NYU, MacFarland has an epic list of past employers who he sees as his true educators like David LaChapelle and artists like Terrence Koh, Bruce Weber, and Aaron Young. In fact, in 2005 MacFarland joined Ryan McGinley’s studio as his first-ever intern and the special experience pushed him to travel, meet incredible artists, and work alongside a talented photographer with a unique way of shooting.

MacFarland also works as a freelance set designer and prop stylist on fashion shoots, allowing those crafts to creatively creep into his work and influence how he views interiors and objects.

Art Zealous caught up with MacFarland to chat nature, Florida, and process.

AZ: Describe your aesthetic in 3 words 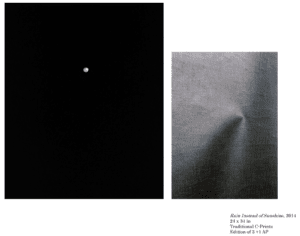 AZ: Tell us about your creative process

RJM: I let my subjects guide me. My work is never project-based, and I never set boundaries or parameters on what I photograph. Circa 2007, I stopped using figurative elements, and my work has been one slowly evolving body since then. I shoot completely documentarily, so my images are found and never created – taking pictures rather than making them.

I shoot on film – either 4×5 in or 35 mm – and still make my own prints in the darkroom. My work never touches a computer. I rarely look at my negatives until a year or so after shooting them, and I continuously revisit old negatives made over the past 10-15 years to discover reoccurring themes that resonate with new ideas I’ve been thinking about. After making hundreds of prints in the darkroom, I live with them in my studio for months or sometimes years. Relationships between images will start to form, and multi-panel pieces will find each other. Finding the appropriate tension, contrast or interaction between images is important for me to make the viewer question what they know and hopefully alter the way they view their environment.  Editing in the studio is where my work really starts to solidify. 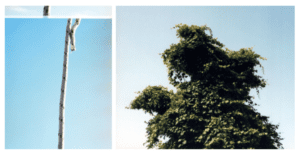 AZ: There are lots of gorgeous nature themes in your work. Where is your favorite place to shoot outdoors & why?

RJM: I don’t have a favorite location to take pictures as there are too many incredible places I’ve had the opportunity to see to narrow it down to a single one.  While I’ve shot all over the world, the USA is still my favorite country to create in because of its environmental and regional diversity.

If I had to name one place that has been the most influential it would probably be the woods surrounding the house I grew up in, near Tallahassee. 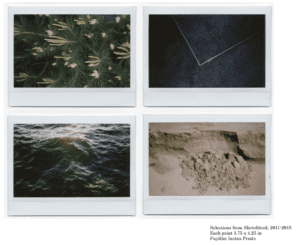 AZ: You photograph water beautifully. Tell us about your inspiration there.

RJM: Water has been a recurring subject in my work as it’s mystical, beautiful, powerful, uncontrollable, calming, and dangerous and has as much healing power as destructive power. I see water as having so many oppositional properties; it is completely contradictory in every way.

Inspiration found in my pictures of water comes not directly from that subject but instead from the relationship between water and the moon. I love that the moon, the one natural element with enormous power over water, is almost 250,000 miles away. Exploring the tension between these commonly seen and felt but perhaps little-understood forces, on both minute and monumental scales, is key in my work. 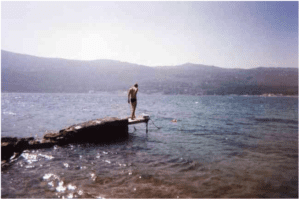 The complicated way that water and light interact with reflection and retraction is also endlessly fascinating. I think that these contradictory characteristics of water really mirror human emotions and existence. 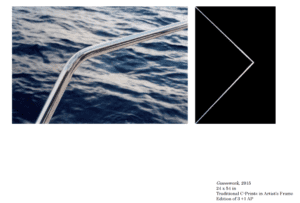 AZ: Tell me about your recent exhibitions.

RJM: My work was part of two group exhibitions this summer – Post Hudson at Frontispiece, Inc., a residency and gallery run by artist Colby Bird in Coxsackie, NY and Anthology: Somewhere Not Here at Crosstown Arts, curated by Tommy Kha, in Memphis, TN.

Both shows were photography specific and the themes felt appropriate to my work and to me personally. Post-Hudson used the Hudson River School as a point of departure, while the show in Memphis was informed by acts of journeying through both time and place. The American landscape, especially the Hudson River School, have always been major influences on my work. While I use different techniques and have different intentions, I love their hyperbolic and often deceptive depictions of landscape and the work in this show definitely played with deception.

As far as the Memphis show, I showed a series of images that I have been making since 2004 but never shown before and they are much more lighthearted than the work I usually let out into the public. It was my special little ode to the travel journal. 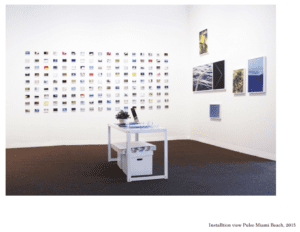 RJM: I’m working on a commission for the Ace Hotel New York that will open in January 2017 – a site-specific sculpture made from over 3000 expired Polaroids. I have always shot instant photos as my way of sketching or doodling, which culminated into an installation of 250 prints titled Sketchbook (2001-2015) that was shown at Pulse Miami last year. It’s exciting to use familiar photographic materials in a new way me for by working three-dimensionally. 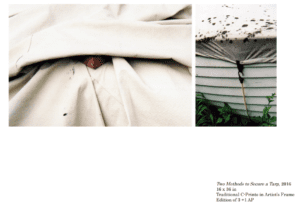