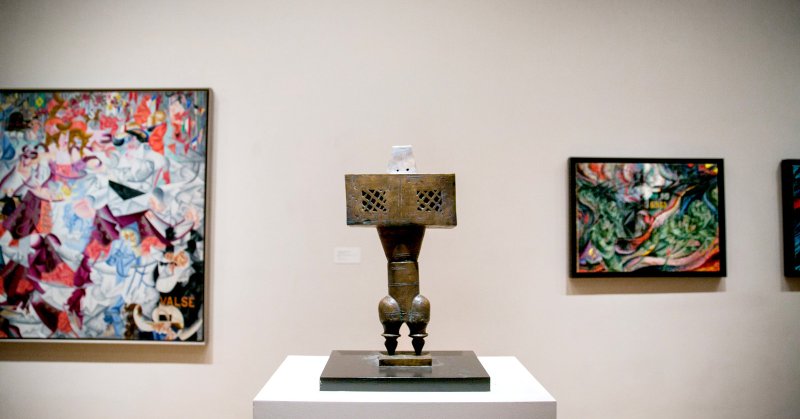 Museum of Modern Art (MoMA) recently made a bold statement: in an act of protest against the recent travel ban ordered by President Trump, the museum displayed works by artists who are from the nations included in the ban.

Trump’s executive order prevents refugees and citizens of seven majority-Muslim countries – Iran, Iraq, Libya, Somalia, Sudan, Syria and Yemen – from entering the United States. Less than a week after the executive order on immigration was announced on January 27, seven works were installed in the Museum’s fifth-floor galleries. These newly-displayed works, by artists from Sudan, Iran and Iraq, are from the Museum’s permanent collection and replace works by Matisse, Picasso and several other Western artists.

The message is clear ­– MoMA welcomes artists from these banned countries, as well as their artwork and ideas, in its museum. Accompanying wall text states: “This is one of several such artworks from the museum’s collection installed throughout the fifth floor galleries to affirm the ideals of welcome and freedom as vital to this museum as they are to the United States.”

The Museum has scheduled a series of film screenings from directors affected by the travel ban as well. No word yet on whether or not the display will be affected now that federal appeals court has since voted against the executive order.

#InstagramThis: 5 Public Artworks to Instagram While Enjoying Midsummer in Stockholm