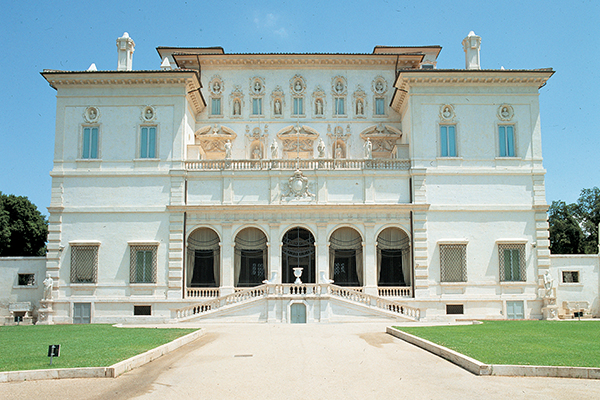 On September 13, 2017, Galleria Borghese director Anna Coliva announced the 3-year collaboration between Italian luxury fashion label Fendi and Galleria Borghese to reinstate the Caravaggio Research Institute. This institute will allow for the conservation and research of Caravaggio paintings in order to conclude speculations about possible forgeries and to obtain more knowledge about them. With 1.3 million euros (approx. $1.56 million), Fendi will assist in the funding for this institute to conserve and research the works around the world over the course of three years. The first destination is at the Getty Museum in Los Angeles, CA starting on November 21. The works will travel around East Asia and the rest of Europe to be shown and researched as a part of an international exhibition program.

Some background on Caravaggio aka Michelangelo Merisi. He was an Italian Baroque painter of the 16th century who mastered the chiaroscuro technique, an intense contrast between light and dark shadows. He was a controversial man known for getting into fights, possibly murdering a man and being an alcoholic womanizer. Obviously, he was interesting to many due to his mysteries. His death is also a mystery. He is remembered at Porto Ercole near Rome, Italy with representations of his art are at the site where he was possibly killed. It is so hard to keep up with this man! His most famous works are The Head of Medusa, The Boy with a Basket of Fruit, Bacchus, and David with the Head of Goliath, and his works portray mythological scenes which were famous to depict in the Renaissance.

As an Italian fashion house, Fendi’s goal is to bring more awareness and light to Italian art. With their headquarters in Rome, which was also the home to one of Caravaggio’s studios, Galleria Borghese is an ideal gallery for Fendi to collaborate with as its collection of Caravaggio’s is unlike any in the world. With works like Boy with a Basket of Fruit (1593-94) and David with the Head of Goliath (1610), part of the inspiration for this research institute was due to the lack of Caravaggio experts in the world. You may recall in 2014 a Caravaggio painting was found in France that had been missing since the early 17th century. Some believed it was a fake, so when it came to research, it was tough to find someone who could verify the authenticity. We should note that Galleria Borghese director Anna Coliva does believe it is a fake.

This isn’t Fendi’s first rodeo when it comes to collaborating with the city of Rome to preserve and educate others about Italian art. They have aided in the restoration of the Trevi Fountain and displaying Giuseppe Penone’s works, one of which is currently located outside of its flagship store in Rome. The brand believes that art is not just about the fine arts, but also fashion and beauty. As an Italian brand with deep roots and inspiration from the history and culture of Italy, it’s not surprise that Fendi takes pride in bringing Caravaggio’s work to life. It certainly is an honor and booster for its reputation as a benefactor for its cultural heritage and the arts.

President of Fendi, Pietro Beccari said in a statement, “It is increasingly a fundamental value, as well as a moral one, for Fendi to enhance, support, and export Italian art and beauty in the world.” While promoting the arts is one of the top priorities of the label, Beccari and the entirety of Fendi is focused on advertising for the Italian capital and for one of the most renowned Italian artists.

Opening Night of the InAugural AD Art Show at Sotheby’s