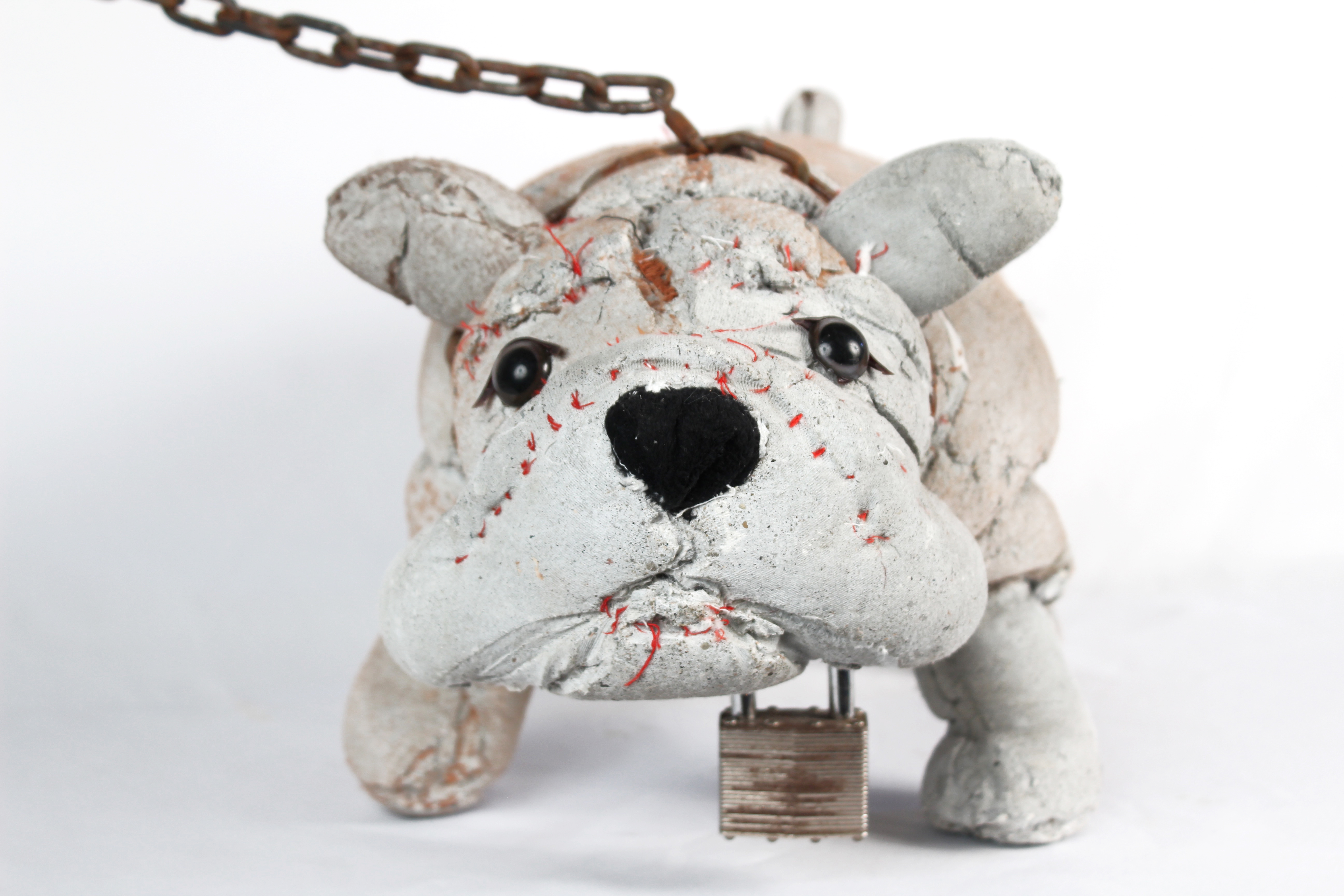 Ross Bonfanti’s aesthetic is rustic, urban, and playful. He’s associated with the fabulous Rebecca Hossack Gallery and his quirky and cool sculptures will be shown at the London gallery on October 5th – October 29th. If there are any British babes reading this, you should totally check it out!

Bonfanti’s father owned a gift shop when he was young, allowing Banfanti to puddle and play with an assortment of toys and materials. This experience inspired him to study art in college, and since he graduated from the drawing and painting program at Ontario College of Art & Design, his work has certainly been varied. Bonfanti has used 3d mixed media incorporating found objects, material from thrift stores, dollar joints, and random trash finds in his artwork. Much of it reflected his childhood play in the gift shop, but Bonfanti added a contemporary context and puns into his work and was often inspired by the Dadaist movement.

His exploration with toys eventually lead Bonfanti to the Concreature Series, where he found soft toys and filled them with concrete, tweaking them with hardware tools to create adorable sculptures. Bonfanti’s work has been shown at many international fairs and adorned the front page of The New York Times last year during the Seattle art fair.

Art Zealous caught up with Bonfanti about his work and his upcoming exhibition in London.

Ross Bonfanti: I grew up in Toronto, so I’ve had many different favorite spots in the city as I progressed through different stages in my life. The city has also grown and changed a lot over the years. As a kid, I loved going to the Royal Ontario Museum. As a teen, I would frequently take the subway to the Eaton’s Centre and explore Yonge St between Bloor and Queen.

In my 20’s, the old industrial factories and little storefronts on Spadina, Richmond in the Queen West area, were transforming into artist studios and pop-up artist-run galleries.

Now I’m enjoying my new neighborhood with my wife Sandra and my 3 and 5-year-old boys on Roncesvalle Ave near Parkdale, Lakeshore and High Park.

AZ: Is there an artwork you grew up loving?

RB: I think because of my Italian background, I was exposed to mostly replicas of great Renaissance paintings and sculptures. My earliest artistic memory was when I was a little boy amazed by a small resin figurine of Michelangelo’s Pieta on my grandmother’s coffee table.

AZ: First artwork you ever collected?

RB: I’ve collected many artworks over the years, some purchased and some traded. I’d rather discuss the ones that slipped away instead. Early on in my career when I was just starting to do international art fairs in NYC, I had the opportunity to purchase a very reasonably priced Marcel Dzama original drawing and a Jeff Koons limited edition balloon dog. In hindsight, I thought they were beyond my budget, but I now realize I was being cheap!

AZ: It sounds like you’re energized by a tension between the delicate and the sturdy, the fixed and the flexible – please elaborate on that juxtaposition.

RB: I like the concept, “things aren’t always what they appear.” My sculptures, at a glance, look like an old soft worn-out toy which lost all its fur over time; but when the viewer touches it (which I encourage) they realize it’s concrete and this immediately creates an opportunity for dialogue.

I’m interested in what emotions an object can have attached to it in a metaphysical way. I imagine these toys started off as some type of gift to a loved one or a friend, discarded over the course of time. I find them and fill them with cement to establish an importance to that initial emotional purpose as well as connect them to the urban life experience of a concrete city.

AZ: Tell us about your upcoming exhibition in London.

RB: It’s autobiographical as much of my work is. It’s about anxiety and hopelessness but simultaneously the search for joy, love, forgiveness, protection and optimism. 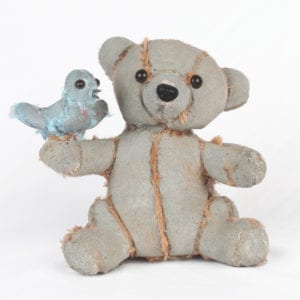 RB: That will be a surprise. 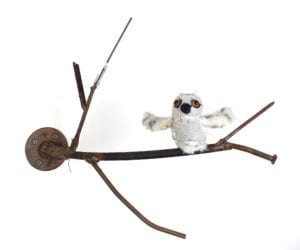