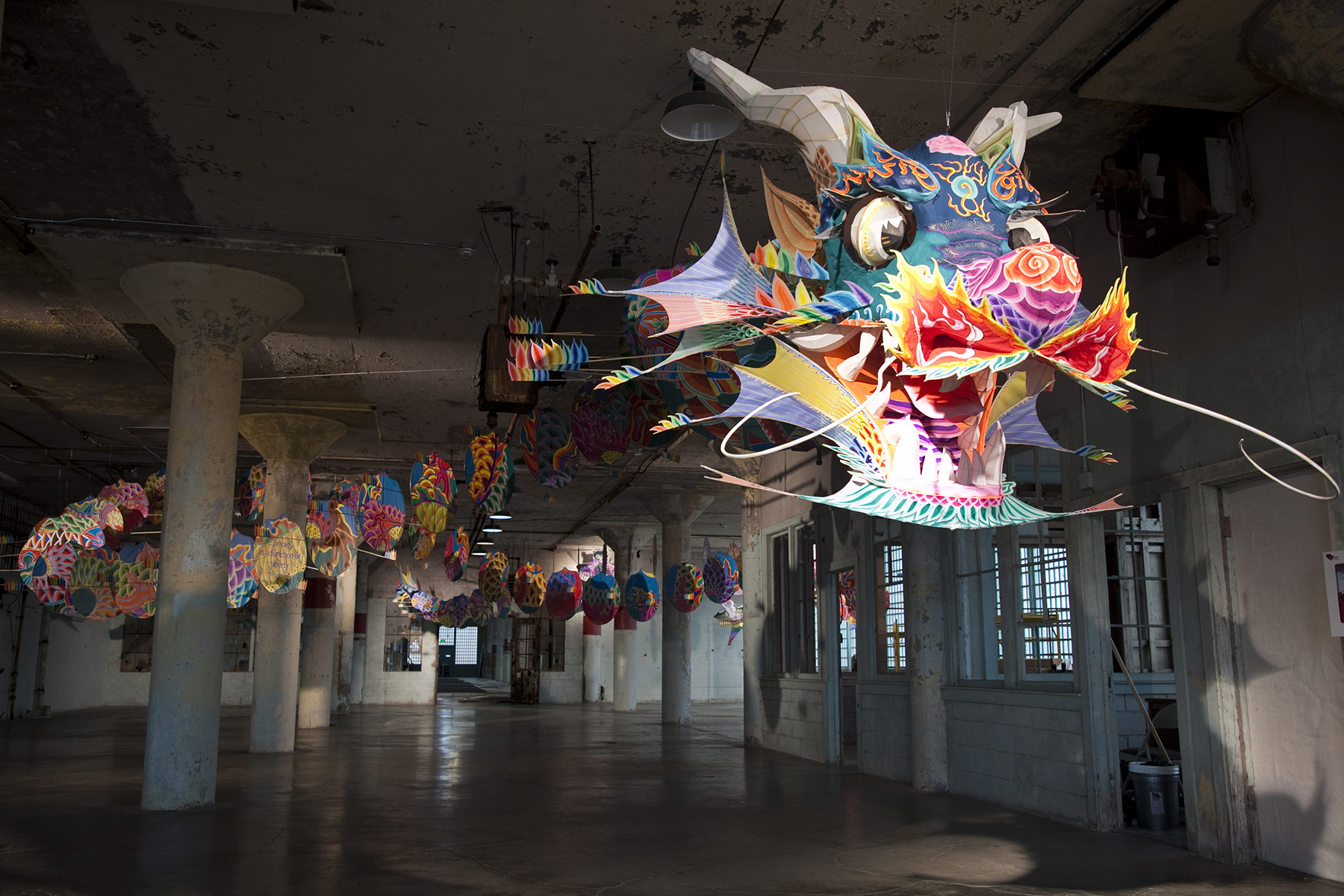 Creative expression and artistic freedom are core values to any arts professional, so it might seem paradoxical for artists to be drawn to places that stifle expression and restrict freedoms.  Still, artists and arts groups have integrated the idea of prisons into their work for years; and recently, they have been literally integrating their work into the prisons as well.

Utilizing the actual abandoned spaces of former jails, artists have reimagined these facilities by repurposing them into newly-active arts hubs or with site-specific exhibitions.  It is quite fitting that the reinvention of these spaces breathes life into locations that were previously lacking imagination and vitality.

TURNING THE OPPRESSOR INTO A CULTURAL HAVEN

– Art collector and dealer Daniel Wolf is currently renovating a former Yonkers, NY prison that he bought with his wife, renowned architect Maya Lin (best known for Washington, DC’s Vietnam Veterans Memorial). Designed to house Wolf’s art collection, the building’s $1 million renovation will also, according to The New York Times, include the addition of two floors, designed by Lin, for art studios.  Wolf told Art Zealous that the space is intended for personal use rather than public consumption, but that “almost all” of the essence of the original building will remain. When asked about their intensions to maintain studios elsewhere, Wolf says: “Maya’s studio is in her head, and mine is wherever there is pencil and paper.”

– After the closing of Virginia’s Lorton Prison, its county allowed 55 acres and 35 buildings to be turned into Workhouse Arts Center (WAC), a non-profit that provides visual and performing arts, and arts education, to its community. WAC, which opened in 2008, actively preserves its history while presenting new artistic visions via on-site artist studios, a museum that displays prisoner art, and performances throughout the year.

HARKENING THE PAST: Site-Specific Exhibitions Open Up a Dialogue

– Beijing artist Ai Weiwei, who is known for blurring the line between art and activism, installed seven site-specific installations in four locations on Alcatraz Island with his 2014-15 “@Large.”  The exhibition’s large-scale works provoked visitors to consider their definitions of liberty and justice. Weiwei reinforced the history of Alcatraz as a place of detainment while also emphasizing art as a platform and catalyst with which to fight for freedom of expression and human rights.

– Collaborative group The Penitentiary’s 2014 “The Battery Project” took place at the Patarei Prison in Estonia in three one-month exhibitions. Fully funded by a Kickstarter campaign, the project brought together artists whose creative ingenuity used video, audio and light installations that emphasized the humanity, and lingering essence, of the individuals previously trapped in its cells.

– For its 2012 “The Berlin Project,” Lon­don-based art group Platform79 (now Curate Projects) invited artists to develop pieces that reflected­ the his­tory and mood of a former Berlin prison where women from the res­ist­ance move­ment dur­ing the Third Reich were incarcerated.

Each of these projects has provided a new lens with which to view a timeworn location.  They have opened a door into an otherwise-closed society and created an artistic outlet from a space that previously prohibited human freedoms.  The very vision and artistic endeavor put forth by these artists and projects has given a voice to the voiceless.

5 Artists Whose Artwork You’ll Want in Your Beach House

Simon Abrahms: Bringing A Glass Gallery To The Lower East Side