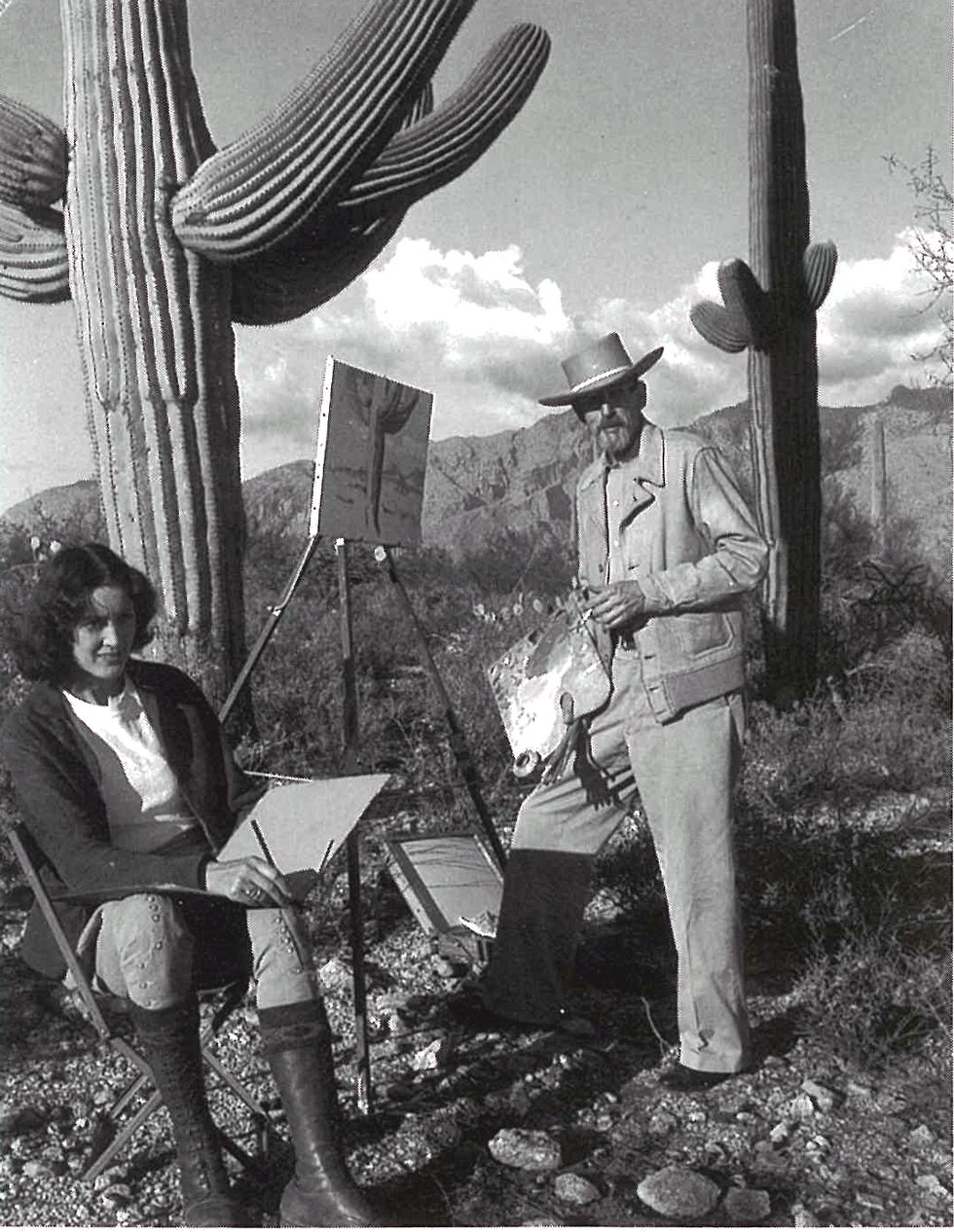 When we talk about American painters, we continuously mention the classics: Andy Warhol, James Whistler, Georgia O’Keefe, Jackson Pollock, Mark Rothko, Mary Cassatt, and the like, however one name seemingly always fails to make the cut, and that person is Maynard Dixon. A true American icon, whose paintings of the American West, the place he called home for most of his life, are just as important today as they were back in the early 1900s. Dixon’s works should be hailed as greatly influential and should be revered for the works he created.

Art Zealous is about to give you a history lesson. During an increasingly tumultuous period of American history aka the Great Depression, Dixon painted what Americans needed most, a distraction. He created scenes of beautiful landscapes filled with vivid colors and dream-like wonder. He also managed to capture the world of Native Americans. He aided them in showing their story, in giving them the recognition that they had been deprived of. “What success? Money? Fame? Success of the true artist is in knowing the truth of his vision is in his own terms.” And that is exactly how Dixon painted, by his own terms. He saw within the West a culture long abused and forgotten, and aided in telling part of their story. Maynard Dixon was a pioneer, not just of the western lands, but of painting as well. His impressionist works and his realist visions to portray the strength and grandiose exquisiteness of a country were something that many artists of the time were not interested in, like so many influencers though, Dixon chose not to work for fame, rather to work to service the land he loved so dearly.

Born in Fresno, California in 1875, Maynard obtained an important, and rather fond, respect for the landscapes and sceneries of western America from a young age. Painting mountain ranges, western towns, you name it. Maynard’s chronicling of the Great Depression, and how the face of the country had been warped, as well how the people themselves were slowly withering into the dirt the stood on, reminds us of that America wasn’t always a thriving, industrious country, it was a nightmarish world to many. He once said, “My object has always been to get as close to the real thing as possible- people, animals and country. The melodramatic Wild West idea is not for me the big possibility. The more lasting qualities are in the quiet and more broadly human aspects of Western life.” The mastery of his pieces displays not a pitiful world, rather one that holds tight a lingering hope for betterment, a reserved perseverance.

When analyzing his works you gather a profound awareness of his sense of technical necessity mixed in with his mystifying adoration of the serene strength inherent within nature. Gloomy existential scenes are transfigured into wondrous tributes to the world. His later paintings featured scenes of stunning rolling clouds over expansive fields, desert vegetation, and gorgeous rock formations. In these paintings his real genius comes forth eloquently. His use of light and shadow, may seem somewhat simplistic, however they are far from it; his juxtaposition of enormous mountain ranges with rolling clouds is a spectacular portrayal of life is both immense and minuscule all at once. You can see this style resonating through recent modern history, most notably in painter Ed Mell’s work. His paintings have a sort of realism to them, when you look at them, you know that they are just paintings, however you can’t shake the sensation that you have been to these places before, or that you may even be standing on one of his cliff-sides right now, gazing out onto the vast desert of Utah, or sitting in on a gathering of Native American tribe members.

Maynard Dixon died in 1946, though his legacy and works have remained to preserve his name. When we remember back to our art history classes, none of us can recall a lecture about Maynard Dixon, which is unfortunate. Dixon was a true American, he was a cowboy who spread his love for the West through his paintings so that others may look upon and revere at the serene beauty of the West. He dared to give a face to those who were suffering during the Great Depression, as well as giving face to the ignored Native American population of the west. Today, when it seems almost hard to call oneself an American, we must look back to this icon and remember that America isn’t just politics, capitalism, football, and Thanksgiving, America is a gorgeous land, one which we can all appreciate, and better yet we can appreciate it through the canvases of a not-forgot pioneer.