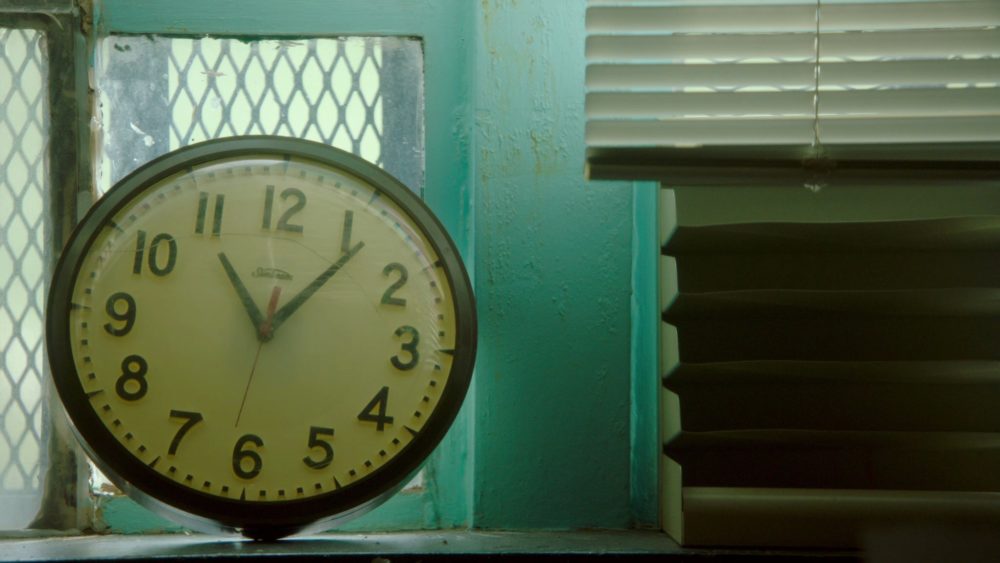 Big news coming out of the Creative Time offices! Creative Time, in partnership with The Fortune Society, artist Phil Collins and over 100 collaborators, announced Bring Down The Walls, a three-part public art project which turns an unconventional lens on the prison industrial complex through house music and nightlife. Taking place at the Firehouse, Engine Company 31, a historical, decommissioned fire station in Lower Manhattan, Bring Down The Walls will be free and open to the public each Saturday in May starting May 5.

Bring Down the Walls consists of a communal space that functions as a school by day and dance club by night, as well as an album of classic house tracks re-recorded by formerly incarcerated vocalists and electronic musicians.

During the day, Bring Down The Walls will operate as a school for radical thought and political exchange featuring conversations, workshops, and convenings led by people directly impacted by the prison system and those working to change it. By night, the space will transform into a dance club and performance venue, celebrating both the political and communal aspects of house music, and embracing the history of nightclubs as sanctuaries of shared intimacy, solidarity, and liberation. Nightlife programming is developed in collaboration with Nowadays, a gathering place and party space in Ridgewood. Each week will feature new takeovers by collectives, DJs and performers representing New York City’s current, vibrant nightlife community.

Check out the exciting programming schedule below and click here for more information.

Week 1 | Saturday, May 5
2-9PM | School for Radical Thought: Origins of Control Setting the stage for Bring Down The Walls this first week we look at the origins of the prison industrial complex, inviting global, historical and personal perspectives that question how and why our current culture of systemic control and punishment exists. Conversations will introduce the framework for an abolitionist perspective, as well as explore the intrinsic links between the current prison industrial complex and America’s history of racial exploitation, economic discrimination, and other oppressive cultural practices.

Participants include Baz Dreisinger, author of Incarceration Nations, a global investigation of prison conditions; The Rikers Island Debate Project, dedicated to teaching people at Rikers Island the skills of competitive debate; professor and ethnographer Reuben Miller, who follows recently released individuals on their journeys back home, and many more.

10PM – 6AM | Nightclub: Soul Summit Bring Down The Walls nightclub opens with The Soul Summit Music DJs. Soul Summit Music is a New York institution, known for “throwing one of the best house music jams in the city, with their free summer dance parties in Fort Greene Park. The Soul Summit Music Festival combines dance, food, and family, and has developed a loyal following over the years, making it one of the most anticipated events of the summer. The festival highlights artists from various backgrounds including DJs, dancers, filmmakers and photographers. Soul Summit Music will bring their high-energy, soulful house experience to this rare indoor occasion.

Week 2 | Saturday, May 12
2-9PM | School for Radical Thought: The Carceral Continuum The second Saturday of Bring Down The Walls examines the expansion of punitive and carceral practices and the ways they have been codified to extend beyond prison walls, including immigration policy, surveillance, drug laws, and bail requirements. We introduce some of the campaigns and organizations focused on dismantling these practices.

Participants include Derrick Cain of the Brooklyn Bail Fund, an organization that pays bail for New Yorkers who can’t afford it; Abou Farman of the New School Sanctuary Coalition, a collective of undocumented and international students, allied students, faculty and staff; and House Lives Matter, an education forum focused on the House Ballroom Community and intersectional issues that impact it.

10PM – 6AM | Nightclub: House of Vogue (+ MikeQ) House of Vogue is a monthly ball in Brooklyn dedicated to underground ballroom culture and the vogue-house communities of New York City, hosted by one of the leading figures of the scene, DJ and producer MikeQ. The second Saturday of Bring Down The Walls is a House of Vogue takeover, featuring a ballroom competition with cash prizes, MCs, special guest performances, plus music courtesy of MikeQ and members of his label, Qween Beat Records.

Week 3 | Saturday, May 19
2-9PM | School for Radical Thought: Social ViolenceWeek 3 at Bring Down The Walls considers the radial impact of social violence and how vulnerable communities are impacted by the justice system. We will unpack the ways in which the effects of the prison industrial complex extends into our everyday lives, and particularly brings pervasive harm to women, people of color, the LGBTQ+ community, and people living with mental health challenges.

Participants include Survived and Punished, working to end the criminalization of domestic and sexual violence survivors; Five Mualimm-Ak, a human rights and mental health advocate who spent five years in solitary confinement; Critical Resistance, building an international movement to end the prison industrial complex and challenging the belief that caging and controlling people makes us safe; and Black & Pink, an organization of LGBTQ prisoners and ”free world” allies who support each other.

10PM – 6AM | Nightclub: Brujas Brujas, “a radical collective of activists, skaters, musicians, healers, and hustlers” convenes a night of local hosts, performers and DJs for the third Saturday of Bring Down The Walls.  Brujas is an urban, free-form, creative and autonomous organization of born-and-bred New Yorkers that seeks to build radical political coalition through youth culture; expressing community through skateboarding, art and political organizing. The night’s lineup is inspired by their new spring collection Seize Bellevue that calls for a compassionate and radical reconception of one of our more insidious carceral institutions – the pharmaceutical industry and mental health crisis system.

Week 4 | Saturday, May 26
2-9PM | School for Radical Thought: Radical FuturesOn our final weekend, the conversation at Bring Down The Walls looks toward the future, inviting participants to boldly imagine a society without prisons. We will propose visionary ways of evolving beyond punitive justice, and consider the most forward-thinking approaches to achieving real change.

Participants include the Bronx Freedom Fund, a revolving fund to pay bail for people accused of misdemeanors; Common Justice, fostering racial equity and identifying new solutions beyond the spectrum of incarceration; and Rise and Resist, a direct action group committed to opposing, disrupting, and defeating any government act that threatens democracy, equality, and civil liberties.

10PM – 6AM | Nightclub: Papi Juice Closing out Bring Down The Walls with an all-night bash is Papi Juice, an art collective composed of DJ/producers Oscar Nñ and Adam Rhodes, and illustrator Mohammed Fayaz, that aims to celebrate the lives of queer and trans people of color. Structured around curated events, Papi Juice lives at the intersection of art, music, and nightlife. For the past five years, the collective has been changing the face of nightlife in New York City and beyond with intentional platforms for artists of color including panels, artist residencies, performances, and, of course, fabled DJ sets and legendary parties.

LEGAL ACTION CENTERIn addition to our daytime programming, Legal Action Center (LAC) will be present to provide free counseling on civil, legal, and housing issues for Bring Down The Walls attendees, during the hours below. LAC is the only non-profit law and policy organization in the United States whose sole mission is to fight discrimination against people with criminal records, histories of addiction, or HIV/AIDS, and to advocate for sound public policies in these areas.

What You Missed at the Lincoln Center Young Patrons Annual Gala