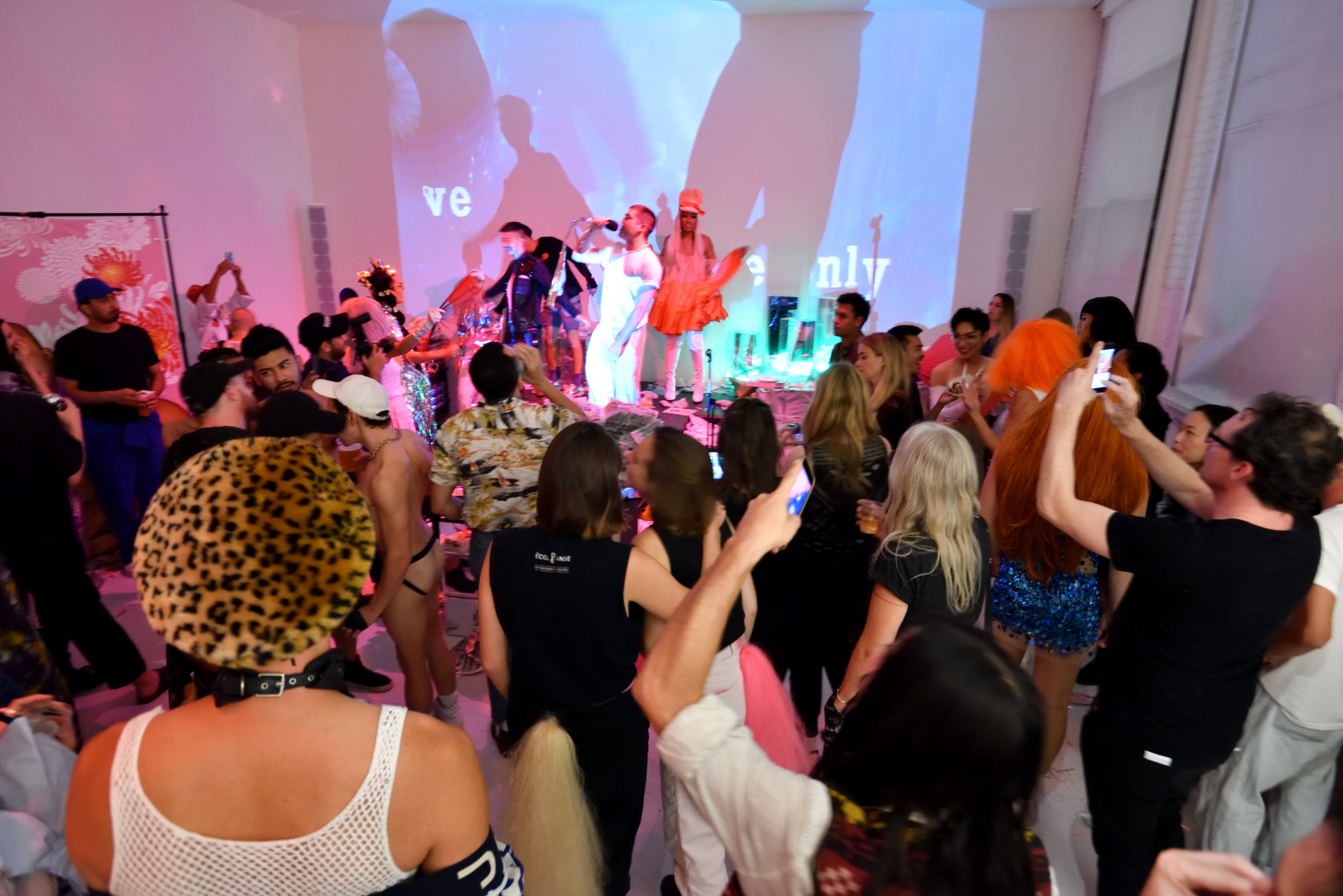 The MoMA PS1 2nd Annual "Back To School" Benefit at MoMA PS1 in Queens, NY on September 28, 2017. (Photo by Stephen Smith/Art Zealous)

Last night, September 28, MoMA PS 1 went back to its roots and back to its original function as a former public school. The institution hosted its second annual “Back to School” Benefit fundraiser. More than 30 performances, activations, installations, and musical performances, organized by New York-based collective DIS, filled the museum’s empty galleries. From 7 p.m. to 10 p.m., guests walked through the hallways for participatory performance works, an open bar, and dining hall-inspired snacks, that culminated with a dance party in the gymnasium from 10 p.m. to midnight.

It was sensory overload, but in the best way possible. Some of our favorite moments included a debate on universal basic income moderated by journalist Christopher Glazek, going to church with Jay Boogie, a meditation room conceived by Brynn Barnett, and a performative class by Alexandro Segade on genre fantasy featuring cosplay demonstrations.

Squad goals and cliques were out in full force with competing parties inside the museum. From DJ-duo Fatherhood’s foam party to Bubble T’s drag queen karaoke performances, there was something for every attendee. Even the food was reminiscent of cafeteria days (minus the cocktails), from pizza by Domino’s, spicy fried chicken sliders and strawberry lemonade slushies by Fuku, yakisoba made with Myojo instant noodles, and a cereal bar.

Prior to the event, Klaus Biesenbach, Director, MoMA ps1, and chief curator at Large stated, “For the second year in a row, MoMA PS1 will celebrate Back To School-a performance event that completely takes over our repurposed school building while it is entirely empty between the NY Art Book Fair and our fall exhibitions. The cavernous school building resonates with everyone’s memories, expectations, and recollections of being in school and going back to school.”

What To Know About Gucci’s Latest Artist Collaboration

Ask the Collector With Holly Hager Collecting 101: Why Art? Part I