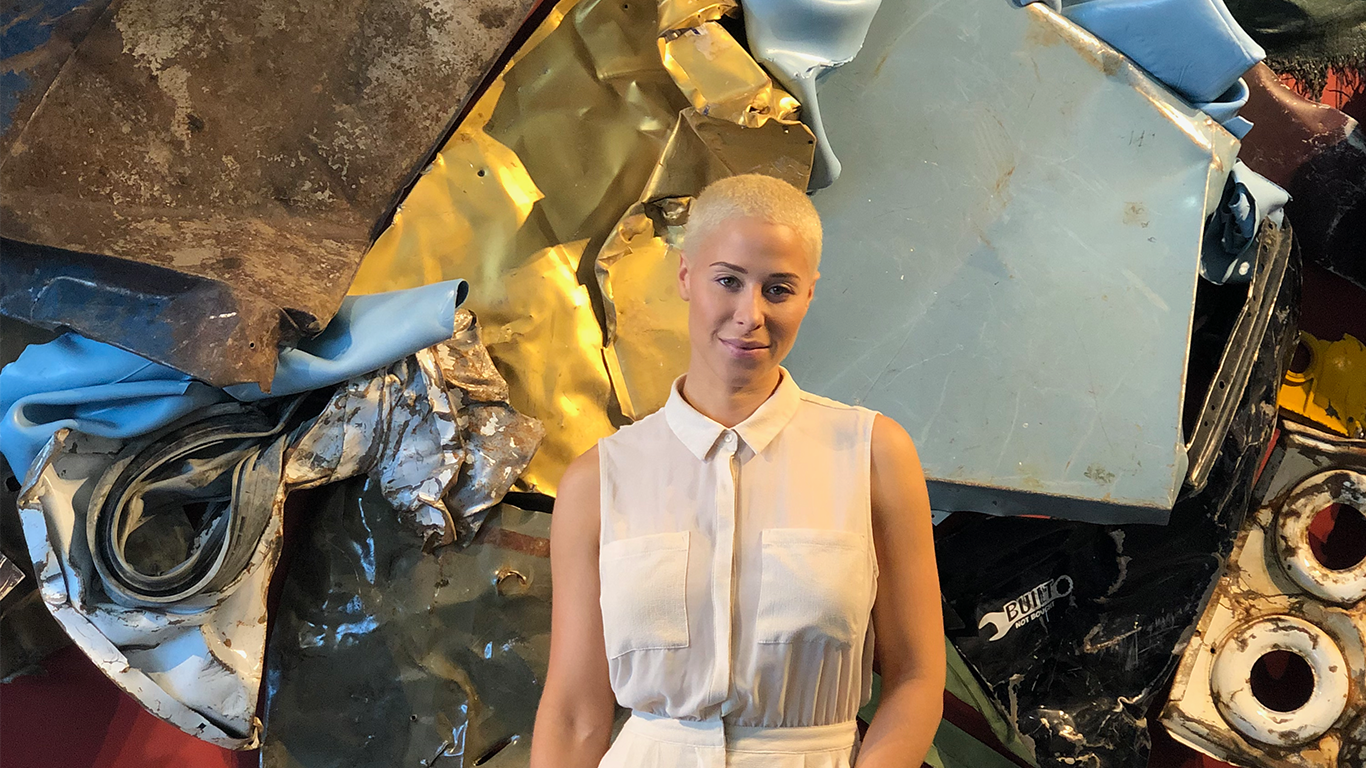 Seems like I was just cruising from art fair to art fair in the balmy Miami air, but Art Basel Miami’s already old, art-world hat. The next big stop on the art-fair circuit is just around the corner. At the beginning of March, the cognoscenti and the glitterati will descend on NYC for the first of the spring fairs.

This set of fairs are anchored by The Armory Show. Don’t be confused by the name. This behemoth outgrew the Park Avenue Armory years ago and is now at the piers. Instead, AADA’s The Art Show, a more museum-like affair, now inhabits the Armory. As always, satellite fairs, art events, and parties will abound.

To fair or not to fair? If you’re pondering whether to go to the fairs at all, check out my recent column, Collecting 101—Art Fairs, for the pros and cons. Whether you’re a collector or an artist, my take is that they’re a great way to network and see a ton of art. I always find at least one new artist to love, like Kennedy Yanko (above) a couple years ago when her work was featured in Pulse Contemporary Art Fair’s Projects. The work in Projects isn’t connected to exhibiting galleries because its large-scale and performance works build FOMO but are difficult to sell. You can now catch Yanko’s first stunning solo show in NYC on the LES at Denny Dimin Gallery.

Fairs can be soul-stealing for artists, but if you can weather them emotionally, go for the networking. To quote Dave Hickey (again), “Art is not a spectator sport. You have to show up.”

When to fair? VIP previews are lovely. They can be less crowded, so you can experience the art without being blocked by other fairgoers. Some are invitation only (The Armory), while you can buy VIP or vernissage (French for “opening”) tickets to others. No art fair tickets are cheap ($20-$70).

Openings are fun socially, but usually too crowded for collecting. If you really want to experience the work, go on a weekday. It’s WAY less crowded than it is at night or on the weekend.

VIP previews are most important if you’re actively buying. Serious collecting means you want to scoop up finds before other collectors do, so it’s important to see the art as early as you can. Here’s the VIP paradox: if you’re actively collecting, you don’t need to buy VIP tickets. Tickets aren’t meant for potential buyers. They’re meant for people who have no intention of buying.

If you’ve already bought (or talked about buying) from galleries, ask them to help you get complimentary fair passes. Or, if you collect seriously, ask to be put directly on the fair’s VIP list. I figured this out a few years ago after I’d started buying mainly from artists’ studios. All of the sudden, my VIP passes dried up.

If you’re a collector, here’s how to get on VIP lists. Go to the fair’s website. Fill out their VIP application or find their contact email and write them asking for VIP access. It works for me, and it’s worth a shot.

What to wear? Artists, go on with your bad selves. Please keep showing up in everything from insane performance attire to streetwear. Then there’s the rest of us…it might seem trivial, but art is about aesthetics. What you wear can really affect your art-fair experience. If people like your taste, they’ll be drawn to you.

Art events can be a fashion dilemma for the uninitiated. They’re fancy cocktail parties without fancy cocktail attire. The fairs also involve a ton of walking. You can’t go wrong with head-to-toe black, but just say no to stilettos or anything too dressy. Go for the fashionable in-between—outfits that seem effortlessly fabulous.

Gallerists will also be more attentive if they see you as a potential buyer. Over the years, I’ve developed my own strategy for mitigating unpleasant art-fair interactions. To paraphrase Teddy Roosevelt, “Speak softly, and carry a $4000 handbag.”

Are the drinks free? Unless you’re Beyoncé and Jay-Z, fair drinks aren’t free. I’ve only been invited to the VVIP preview once, amazed to glimpse an unassuming Leonardo DiCaprio carefully considering a potential acquisition as I sought out my own. Mega-collectors, like the Carters and DiCaprio, don’t pay for drinks, us normal VIPs do. So be ready to put a substantial dent in your credit card, both at the bar and the VIP lounge. The Ruinart in galleries’ booths isn’t up for grabs either. Only imbibe if it’s offered to you.

Art parties are a whole different ball game. There, the drinks are usually free and the atmosphere is most certainly lit. Imagine dancing with performance artists, contortionists, and legendary drag queens. How do you get in the art party know? Show up at art events, get to know art people, and you’ll get on the lists.

above: Drag legend and founder of Wigstock, Lady Bunny, DJing the hell out of her Intergalactic Disco in 2016, one of my fav Art Basel performances/parties.

Where to go? Only go to the fairs that speak to your interests. If you just want to expand your image bank and you have the cash for the $57 ticket, spend the day at the Armory Show. It includes works for every taste, from antiquity to present, and will give you the most bang for your buck.

If you’re collecting, be more strategic. Since most works at Armory are in the $25K+ range, you might go there to improve your eye, but the sheer size of it can be mind-numbing. Instead, try Independent, which is highly curated and invitation-only for galleries. The quality of the art tends to be much better than other fairs, where the biggest requirement for exhibiting can be whether the gallery can afford the booth.

Please don’t let the price points I’m throwing around make you think art isn’t for you. 79% of the art bought in 2017 was for <$5K, and you can find quality works for <$500. You can also pay in installments for more expensive art. Here are my fair picks for finding affordable works during Armory: Spring/Break Art Show, Art on Paper, and VOLTA.

Spring/Break is the most welcoming, transparent, and affordable of the three. If you only go to one fair, Spring/Break is your best bet,  but if you love an artist at VOLTA who seems out of your budget, ask the gallerist if there are other works you can afford. Galleries always have more, often smaller, inventory than they have on display—sometimes in a closet space in their booths. Or try to wheel-and-deal with them for a work on the last day, when the specter of having to pay for shipping home anything that’s unsold is in your favor.

However is right for you, go get your art fair on. Hope to see you there!

5 Subscription Boxes for the Creative People in Your Life